Manchin Wavers on Biden's Plan, Democrats Vow to Push Ahead

Democrats have been working frantically to finish up months of negotiations

Pivotal Sen. Joe Manchin wavered Monday on his support for President Joe Biden's sweeping $1.75 trillion domestic policy proposal, but Democratic leaders vowed to push ahead, with initial voting possible on the bill and a related $1 trillion infrastructure package in the House this week.

The West Virginia Democrat's announcement came as Democrats wanted assurances from Manchin that he will support Biden's big package. He's one of two key holdout senators whose votes are needed to secure the deal and push it toward passage.

Instead, the conservative Manchin rebuffed progressive Democrats, urging them to quit holding “hostage” the smaller public works bill as negotiations continue on the broader package.

"Enough is enough," Manchin said at a hastily called press conference at the Capitol. 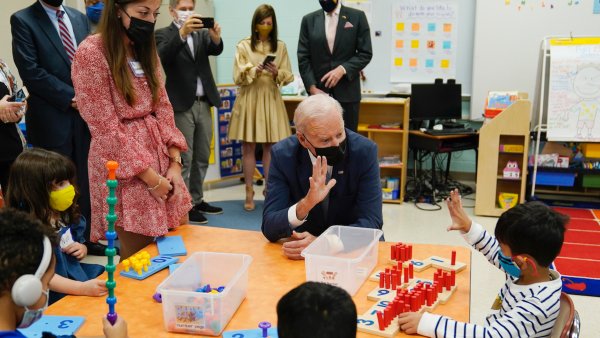 Here's What's in Biden's $1.75T Social Spending Plan — and How It Will Be Paid For 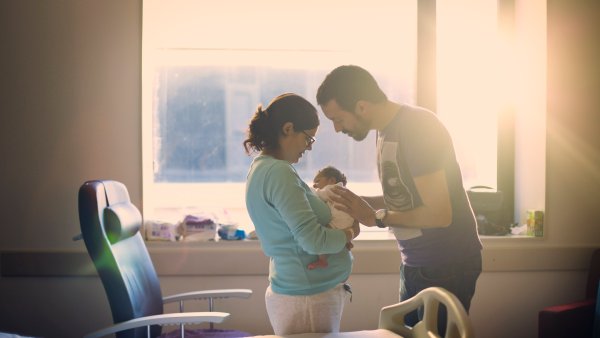 Manchin said he’s open to voting for a final bill reflecting Biden’s big package “that moves our country forward.” But he said he’s “equally open to voting against” the final product as he assesses the sweeping social services and climate change bill.

Democrats have been working frantically to finish up months of negotiations, and it's unclear whether Manchin's resistance will deliver a debilitating blow to those efforts or have the opposite effect of propelling Democrats to start taking votes on Biden’s signature domestic proposal. His comments infuriated some Democrats but energized others, particularly progressives eager to force his hand.

The White House swiftly responded that it remains confident Manchin will support Biden's plan, and the congressional leaders said it all remained on track.

“Senator Manchin says he is prepared to support a Build Back Better plan that combats inflation, is fiscally responsible, and will create jobs,” said press secretary Jen Psaki in a statement. “As a result, we remain confident that the plan will gain Senator Manchin’s support.”

Rep. Pramila Jayapal, D-Wash., the leader of the progressive caucus said, "I don’t know what Sen. Manchin is thinking, but we are going to pass both bills through the House and we are going to deliver transformative change to the people.”

The stakes are high with Biden overseas at a global climate change summit and his party fighting in two key governors' races this week — in Virginia and New Jersey — that are seen as bellwethers in the political mood of the electorate.

With Republicans staunchly opposed and no votes to spare, Democrats have been trying to unite progressive and centrist lawmakers around Biden's big vision.

Biden unveiled a framework for the package last week, a sizable investment in social service programs and climate change strategies, but Democrats are trying to negotiate a provision to lower prescription drug prices for seniors with Medicare, among other final changes.

At a leadership meeting late Monday, Pelosi said the House Rules Committee could meet as soon as Tuesday evening or Wednesday, which would allow for votes midweek, according to a person who requested anonymity to discuss the private talks. The Senate would still have to vote, likely later in the month.

Progressives had been refusing to vote on the smaller public works bill, using it as leverage as they try to win commitments from Manchin and Democratic Sen. Kyrsten Sinema of Arizona, the other key holdout, for Biden’s broader bill.

Manchin, though, in a direct response to the progressives' tactic, said “holding this bill hostage won’t work to get my support” for the broader one. The public works bill of roads, highways and broadband projects has already been approved by the Senate but is being stalled by House progressives as the broader negotiations are underway.

After months of negotiations between moderates and progressives over President Joe Biden's massive social safety next package, the White House unveiled a new framework Thursday, called Build Back Better, in hopes of finally reaching an agreement. NBCLX political editor Noah Pranksy looks at how different outlets have covered the new bill and what their headlines reveal about the full story.

About Biden's big package, Manchin said he will “not support a bill that is this consequential without thoroughly understanding the impact” it has on the economy and federal debt.

“This is not how the United States Congress should operate,” Manchin said. “It’s time our elected leaders in Washington stop playing games.”

Many Democrats were livid at Manchin for hitting the brakes yet again, particularly because they argued that Biden's plan is expected to be fully paid for with new taxes on companies and the wealthy, and not add to the debt.

“I think he just betrayed his lack of seriousness,” said Rep. John Yarmuth, D-Ky., the chairman of the Budget Committee.

Biden’s top domestic priorities have been a battlefield between progressive and moderate Democrats for months, and it was unclear if this week's timetable for initial House votes could be met.

The $1.75 trillion package is sweeping in its reach, and would provide large numbers of Americans with assistance to pay for health care, education, raising children and caring for elderly people in their homes. It also would provide some $555 billion in tax breaks encouraging cleaner energy and electrified vehicles, the nation's largest commitment to tackling climate change.

Much of its costs would be covered with higher taxes on people earning over $10 million annually and large corporations, which would now face a 15% minimum tax in efforts to stop big business from claiming so many deductions they end up paying zero in taxes.

According to a senior Democratic aide, one proposal under discussion would let Medicare negotiate lower prices with pharmaceutical companies for many of their products. Excluded would be drugs for which the Food and Drug Administration has granted initial protection against competition, periods that vary but last several years.

There would be a cap on seniors’ out-of-pocket drug costs under Medicare Part D, the program’s outpatient prescription drug benefit, said the senior aide, who did not provide a figure. And pharmaceutical makers would have to pay a rebate if their prices rise above certain markers.

“You put these things together and you’re moving towards a financial reality where a prescription is no longer a financial ball and chain for American families,” said Sen. Ron Wyden, D-Ore., the chairman of the Finance Committee.

Talks were continuing and no final agreement had been reached. But the movement raised hopes that the party's 10-year, $1.75 trillion measure would address the longtime Democratic campaign promise to lower pharmaceutical costs, though more modestly than some wanted.

Some moderate Democrats in the House said they want to see see the final assessment from the Congressional Budget Office, which will offer a nonpartisan assessment of the overall bill's entire budgetary costs, before taking the vote.

Rep. Kevin McCarthy, R-Calif., addressed the media Thursday after President Joe Biden gave a speech outlining what was in the infrastructure bill.