Suspected gunman cooperating "some, but not a whole lot" with investigators; gun has not been recovered

The man suspected of opening fire into a crowd of hundreds at a college party outside Greenville and leaving two people dead Saturday night was arrested Monday, officials said.

Brandon Ray Gonzales, 23, is accused of opening fire at an off-campus college party in North Texas at about 11:45 p.m. Saturday, leaving two people dead and 12 others injured, half of whom with gunshot wounds, according to Hunt County Sheriff Randy Meeks.

Just over a week after his arrest, the Hunt County Sheriff's Office released Gonzalez in the wake of "exculpatory evidence" that was discovered. 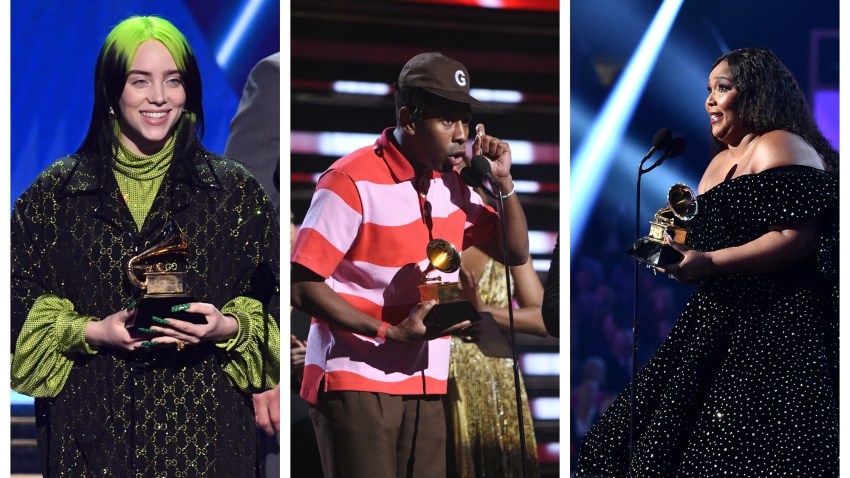 Meeks said Monday that Gonzales is being somewhat cooperative and admitted to being at the party but has not shared a motive with investigators or admitted to carrying out the shooting.

A weapon has not yet been recovered, Meeks said.

Meeks said Gonzales worked for a local auto dealer as a mechanic and was taken into custody when he arrived at work Monday morning. He was arraigned and charged with capital murder of multiple persons and ordered held on $1 million bond.

Investigators believe Gonzales may have been targeting just one person at the party of about 750 people outside Greenville, 15 miles southwest of a satellite campus of the Texas A&M University System. They say others may have been shot at random.

When asked whether the shooting was a mass shooting, Meeks said he would not classify it that way.

The shooting happened about midnight Saturday at what Hunt County Sheriff Randy Meeks described as a Halloween and homecoming party for Texas A&M University-Commerce. Officials said it was not a school-sanctioned event.

Authorities believe there was one male shooter who entered the venue through the back door and began to fire with a handgun. Meeks described "complete chaos" after the shots rang out, with hundreds of people fleeing, including the gunman.

"I could hear, like, windows breaking and people screaming for their lives," one witness told NBC 5.

Of the 12 people injured, six were shot and six were trampled or hurt by glass, authorities said. Meeks said Monday afternoon that of the injured, four were in good condition and one remained in critical condition.

In the wake of the shooting, the university canceled classes Tuesday and Wednesday and its president, Mark Rudin, issued the following statement.

“We hear you. Your mental, physical, and emotional health remain our priority. As a result, we have decided to cancel all classes for Tuesday, October 29 and Wednesday, October 30, 2019, at all locations. We acknowledge your need for valuable healing time following the Greenville tragedy.

All essential services, including residential life and dining operations, will be open on a normal schedule. We will also continue to provide ongoing counseling and other support services to help you during the healing process.

For counseling services, please visit the counseling center located on the Commerce campus in the Halladay Student Services Building, or call (903) 886-5145.”

The two people killed were both males, Meeks said. Family members identified one of the victims to local media as Kevin Berry Jr., 23, of Dallas.

Shots were fired during a vigil Sunday night for one of the victims. No injuries were reported, but several vehicles had bullet holes, including one used by an NBC 5 crew covering the story. Police say that no arrests have been made.

Meeks said Monday that even though they've made an arrest the investigation is ongoing and encouraged people to continue sending in tips.