A Miami Beach cop has been reassigned and an internal affairs investigation is underway after the officer was caught on camera cold-cocking a suspect earlier this month.

The incident happened the night of Dec. 3 at the Pelican Hotel at 826 Ocean Drive, after officers responded to a report of a man causing a disturbance, according to an arrest report. 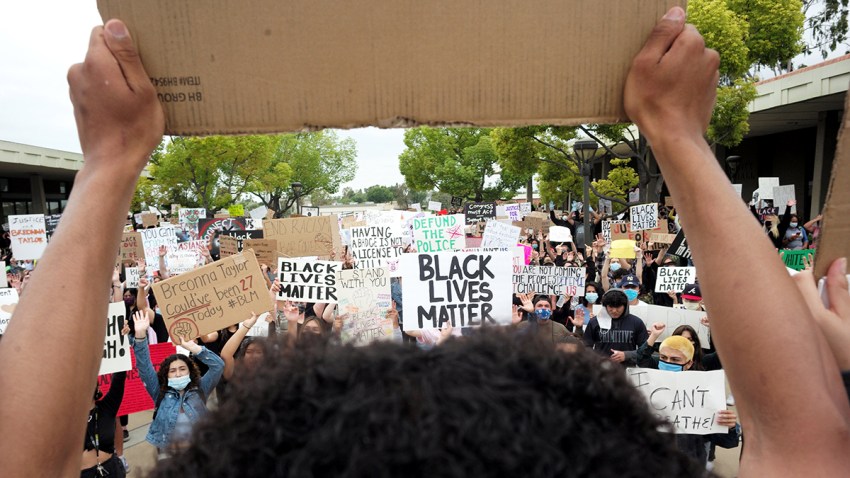 The report said the officers told Poitier to leave the property and he stood up and started calling officers "crackers" and got into an officer's face. Police body camera footage, released by attorney Michael Pizzi on Wednesday, shows the encounter between Poitier and the officer, identified as Adriel Dominguez.

Poitier approached Officer Dominguez "in an aggressive manner" and "said 'what, what' as he clenched his fists, took a fighting stance and leaned into Ofc. Dominguez's face," the report said.

In the video, someone is heard saying "watch yourself bud, watch yourself f---ing pu--y" before Dominguez punches Poitier in the face. "Ofc. Dominguez in fear for his safety struck [Poitier] with a closed fist punch with his right hand," the report said.

Poitier was taken to a nearby hospital for treatment before he was booked into jail on charges of assaulting a police officer, resisting an officer without violence, and disorderly conduct. He was later released on bond, and attorney information wasn't available.

Miami Beach Police Chief Dan Oates said he was made aware of the incident Wednesday morning.

"This is obviously a very serious matter. At my direction, our Internal Affairs Unit immediately launched an investigation," Oates said in a statement. "We have also notified the Miami-Dade State Attorney’s Office. The officer has been relieved of his patrol duties. He will be placed in a non-enforcement assignment until further notice."

The attorney, Pizzi, is representing another officer who came forward with the video and wants whistle-blower protection from the city.

"He is shocked that this could happen and someone could get away with it. He is very sad," Pizzi said. "He's a dedicated police officer. He was very sad."

The police union said they are supporting and defending Dominguez's actions.

"The video, along with the police officers body camera footage captured the dangerous confrontation with an agitated, angry and physically aggressive defendant. There is no question Officer Dominguez was legally justified and fully entitled to protect himself," the union said in a statement Wednesday.

"Like every citizen, police officers are entitled to protect themselves from imminent harm when physically threatened by another. We are confident that a fair and thorough investigation will result in Officer Dominguez being cleared of any wrong doing," the statement said.

"Mistreatment of anyone by our police officers is unacceptable. I have full faith and confidence in our police department to complete a thorough investigation into this matter to determine what happened," Miami Beach City Manager Jimmy Morales said in a statement.