Russian forces pushed deeper into the besieged and battered port city of Mariupol, where heavy fighting on Saturday shut down a major steel plant and local authorities pleaded for more Western help

Evacuations from besieged cities proceeded on Saturday along eight of 10 humanitarian corridors, Ukraine's Deputy Prime Minister Iryna Vereshchuk said. She said a total of 6,623 people were evacuated, including 4,128 from Mariupol who were taken northwest to Zaporizhzhia.

Russian forces pushed deeper into the besieged and battered port city of Mariupol, where heavy fighting on Saturday shut down a major steel plant and local authorities pleaded for more Western help.

The fall of Mariupol, the scene of some of the war’s worst suffering, would mark a major battlefield advance for the Russians, who are largely bogged down outside major cities more than three weeks into the biggest land invasion in Europe since World War II. 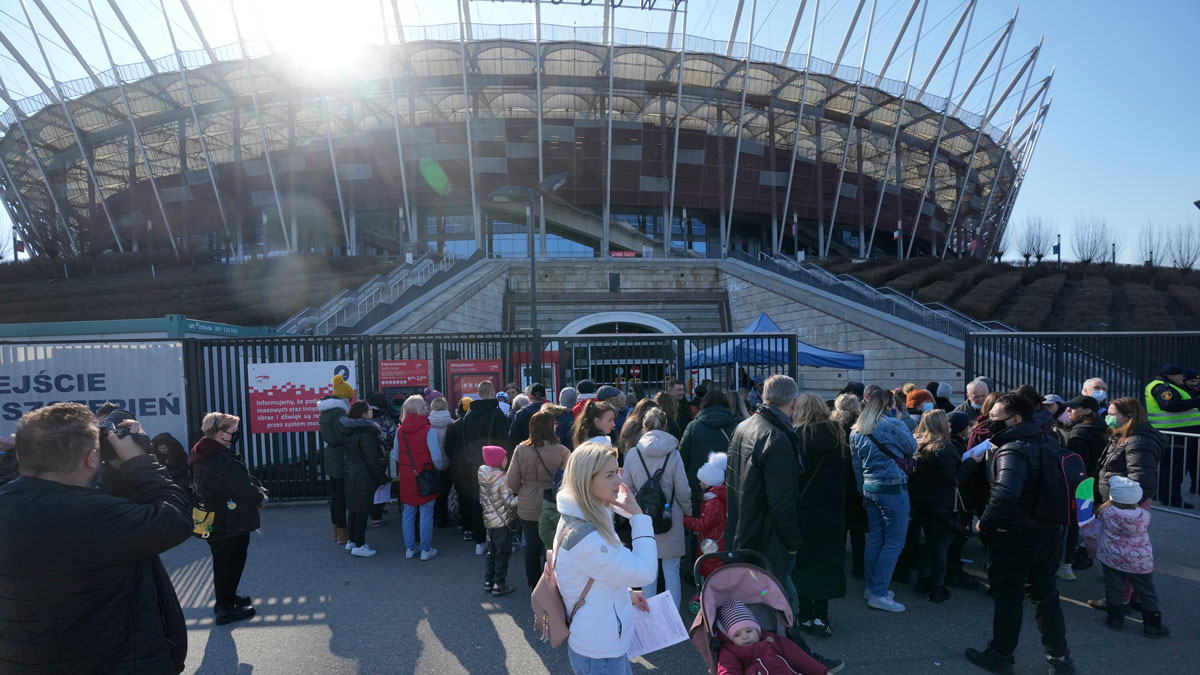 Priceless Paper: Refugees Get IDs for New Lives in Poland “Children, elderly people are dying. The city is destroyed and it is wiped off the face of the earth,” Mariupol police officer Michail Vershnin said from a rubble-strewn street in a video addressed to Western leaders that was authenticated by The Associated Press.

“The occupiers are forcing people to leave Ukraine for Russian territory," the council’s statement said. "The occupiers illegally took people out of the Levoberezhny district and a shelter in the building of a sports club, where more than a thousand people (mostly women and children) were hiding from constant bombing.”