Clashes outside a U.S. courthouse in Portland, Oregon, have largely stopped since Democratic Gov. Kate Brown reached a deal that called for the draw down of federal agents sent by the Trump administration to protect the building — but the turmoil is far from over.

For the past several nights, Portland police have skirmished with protesters in other parts of city, far from the Mark O. Hatfield Federal Courthouse, as residents rally around a call to defund the police force. Demonstrators are also mad at the use of tear gas by police multiple times over the summer to tamp down unrest.

Late Wednesday, Portland police declared a riot and said they believe an explosive device had been left outside a precinct. People were ordered to disperse, and some streets were closed.

Early Wednesday, police had declared a riot and made three arrests after saying demonstrators set fires, erected barricades in a street and broke into the police union headquarters. Police said someone also fired a gun during the unrest and a pickup truck accelerated into the crowd while pushing an unoccupied motorcycle in front of it.

No one was injured in either incident. Police have interviewed the driver of the truck but so far have made no arrests. Police did not use tear gas during the demonstration.

Portland Mayor Ted Wheeler accuses the Trump administrations of kicking a hornet's nest in this New York Times report as he's teargassed along with other protesters in a recent standoff.

The city also said Wednesday it is beginning to monitor for any potential long-term pollution from tear gas that was released by federal agents night after night in a two-block area less than a mile from the Willamette River.

Police Chief Chuck Lovell, who is Black, said he was concerned that the national attention paid to the ongoing protests and the resources needed to police them were hurting the “beautiful, vibrant city” of Portland. Police have arrested more than 400 people since late May, he said. U.S. agents arrested at least 94 people on federal charges through July 30.

“This is not forwarding the goals of things that are going to lead to better outcomes for people of color," said Lovell, who wrote an opinion piece for the New York Times this week that expressed the same sentiments. “This movement is very powerful and I feel like the violence has taken away from it in a really kind of concerning way.”

“I think it’s really dependent on Portland as a community to really say we’re not going to tolerate this,” he added.

Residents have protested in Portland for 69 consecutive days since George Floyd was killed by police in Minneapolis. Demonstrations increasingly focused on the federal courthouse, where protesters broke glass, lit fires and tossed fireworks and other objects at law enforcement. The courthouse was also covered with graffiti. 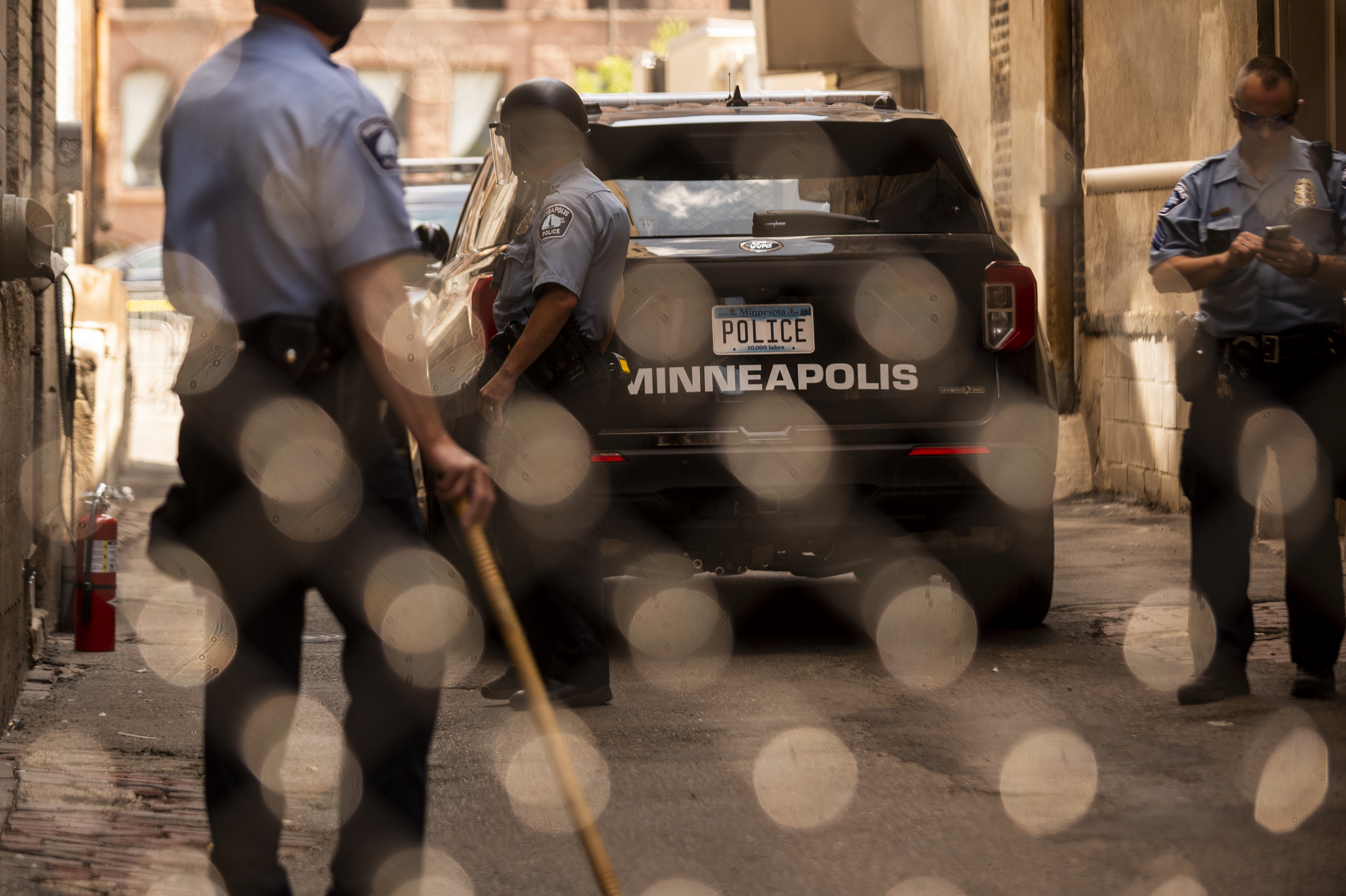 The clashes prompted President Donald Trump to send federal agents from U.S. Customs and Border Protection, U.S. Marshals Service and U.S. Immigration and Customs Enforcement to guard the courthouse — a move that was intended to quell the unrest but instead reinvigorated demonstrators and created a focal point for the protests each night.

Demonstrators tossed fireworks, flares, rocks, ball bearings and bottles at the federal agents and used power tools to try to bring down a fence protecting the courthouse. U.S. agents responded each night with multiple rounds of tear gas, pepper balls and rubber bullets in an escalation of violence that led to injuries to demonstrators and federal agents.

On Wednesday, the city cleaned out six storm drains that are in the immediate vicinity of the federal courthouse where tear gas was used almost every night. The area is just a few blocks from the Willamette River.

Workers have taken samples from the sediment in the drains to test for zinc, lead, copper and chromium — all found in tear gas. The city is also worried about chemical residue washing off trees, grass and office buildings and making its way to the river. Portland will test outflow into the Willamette after the next major rainstorm.

“We know that a certain amount of these chemicals have settled into the city’s storm drains. We are going to remove as much as possible to prevent that material from being flushed into the Willamette River," said Matt Criblez, the city’s environmental services compliance manager.

The violent clashes at the courthouse have abated since July 30, when federal agents began drawing down their numbers under a deal between the governor and the U.S. Department of Homeland Security.

But after a quiet weekend, nightly protests have once more gained steam in other parts of the city. The demonstrators are calling for the city to defund the Portland Police Bureau and are critical of Mayor Ted Wheeler, who is also police commissioner. They also want charges dropped against protesters who have been arrested in earlier protests.