The event drew thousands of people, despite a 50-person crowd limit

Nevada officials are fining a northern county and an airport a total of more than $5,500 for allowing a campaign event for President Donald Trump in September that drew thousands of people, despite a 50-person crowd limit over the pandemic.

Douglas County was fined $2,950 and Minden Airport manager ABS Aviation was fined $2,603 for hosting the outdoor event without submitting a safety plan to the Nevada Division of Industrial Relations, the state Occupational Safety and Health Administration said.

Trump has a rally scheduled Wednesday at the airport in Bullhead City, Arizona, across the Colorado River from the southern Nevada resort town of Laughlin, about 100 miles south of Las Vegas.

By holding the event in Arizona, Trump will avoid Nevada restrictions on large gatherings.

You're going to be flooded with news alerts come election night. But here are the five things you should keep your eyes and ears open for.

Bobbi Thompson, ABS executive vice president at Minden Airport, said she was informed Friday of the fine and will decide in coming days whether to appeal.

Calls to 95 Motorsports Complex near Fernley did not connect and no one immediately responded to an email request for comment about the OSHA fine.

Crowd estimates for the Sept. 12 rally in Minden varied, but officials had expected more than 10,000 people.

The 2020 campaign enters its last full week with both presidential candidates focusing on crucial swing states. Trump's campaign is hoping for a big win in Florida, while Democrats are hoping to take back the midwest. Meanwhile, COVID continues to be a concern, with five people close to Vice President Pence, including his chief of staff, testing positive.

The Reno-area visit was changed to Minden, about a 45-minute drive away, after Reno-Tahoe International Airport told the owner of the hangar planning to host the event that it would violate the 50-person crowd limit in place at the time. McCarran International Airport in Las Vegas said no permit was sought.

Trump attracted thousands of people for an indoor rally Sept. 13 at an industrial building in suburban Las Vegas.

That event drew a $3,000 fine from the city of Henderson against the owner of the equipment rental firm facility that hosted it. City officials said the gathering violated coronavirus prevention mandates imposed by Gov. Steve Sisolak, a Democrat. 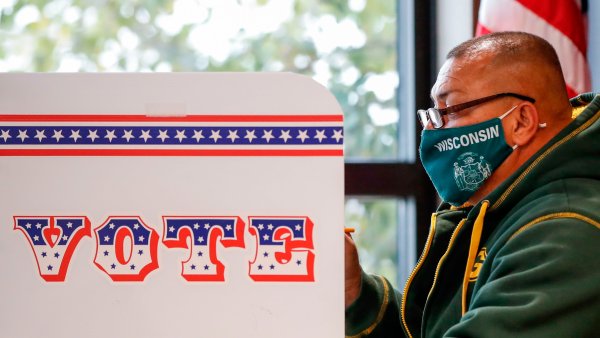 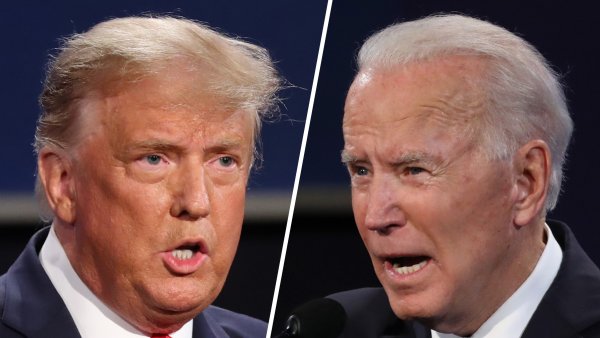 Election 2020: Five Things to Watch For on Election Night

Sisolak relaxed some crowd restrictions Oct. 1, raising crowd limits to 250 people and requiring coronavirus prevention safety plans to be approved in advance by local health officials. Rules still require “social distancing” of 6 feet, and for people to wear masks or face coverings in public to prevent the spread of COVID-19.

OSHA said Monday that compliance rates in southern Nevada have slipped from 93% during the summer to 83% now.