On the Sidelines, Hezbollah Looms Large Over Gaza Battle

Ever since their last war in 2006, Israel and Lebanon’s powerful Hezbollah militia have constantly warned that a new round between them is inevitable. Yet once again, a potential trigger has gone unpulled.

Hezbollah’s shadow loomed large during Israel and Hamas’ two-week battle, with the possibility it could unleash its arsenal of missiles - far more powerful than Hamas’ - in support of the Palestinians.

Instead, Hezbollah stayed on the sidelines. And if a ceasefire that took effect early Friday holds, another Israel-Hamas war will have ended without Hezbollah intervention.

For now, both sides had compelling reasons not to clash, including - for Hezbollah - the bitter memory of Israel’s punishing 2006 bombing campaign that turned its strongholds in Lebanon to rubble. Lebanon is also in the grips of an economic and financial collapse unparalleled in its modern history and can ill afford another massive confrontation with Israel.

For Israel, the Iranian-backed group in Lebanon remains its toughest and most immediate security challenge.

“Israel needs to manage the conflict in Gaza with a very open eye toward what is happening in the north, because the north is a much more important arena than Gaza,” said Amos Yadlin, a former Israeli military intelligence chief who currently heads the Institute for National Security Studies. He spoke before the truce took effect at 2 a.m. Friday.

Hezbollah’s reaction during the 11 days of Israeli bombardment that engulfed Gaza in death and destruction was relatively mute. Its leader, Hassan Nasrallah, did not make any public comments, even after a Hezbollah fighter was shot dead by Israeli soldiers at the border during a protest last week. 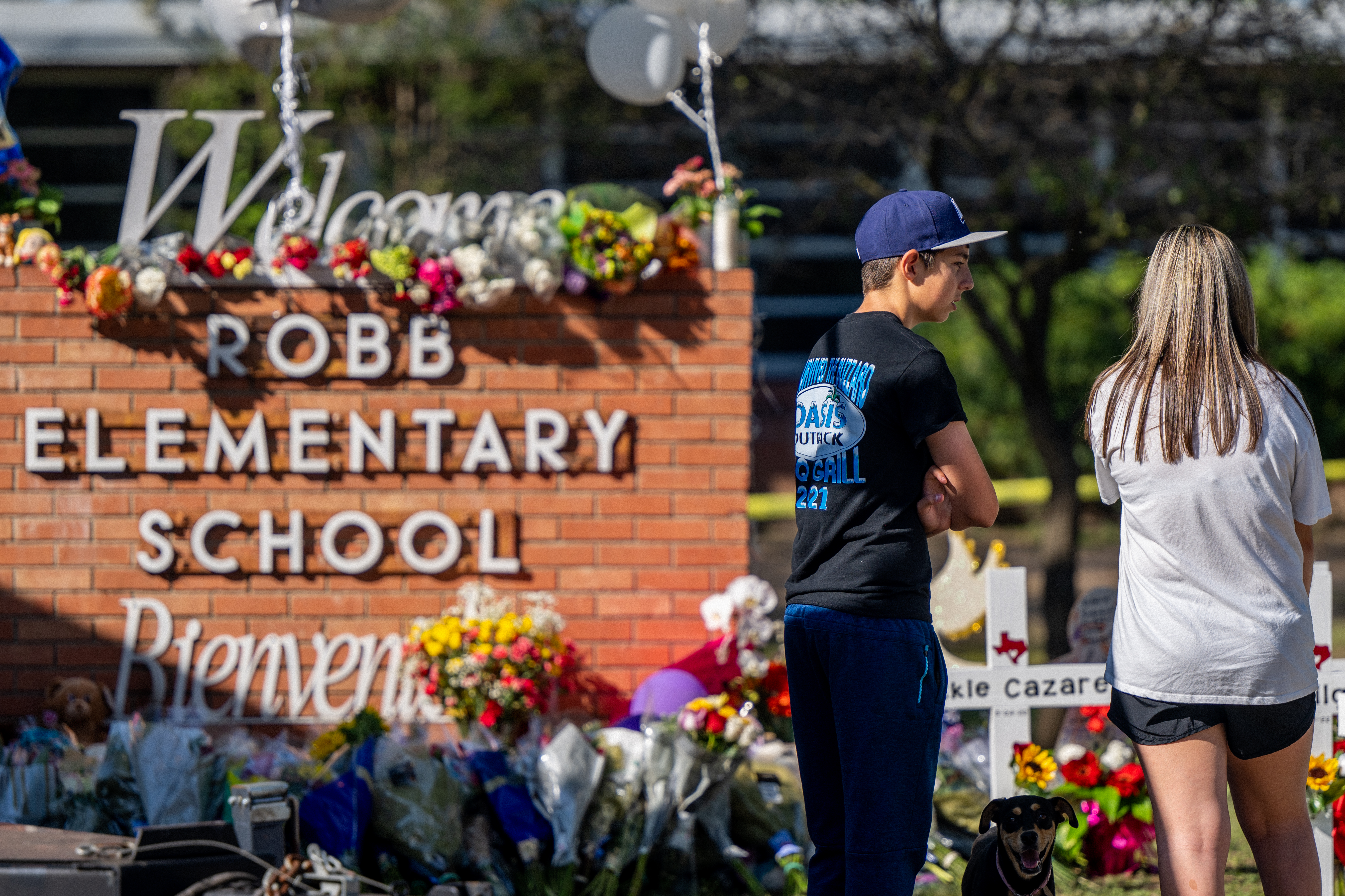 Late Thursday, Netanyahu’s Security Cabinet approved a unilateral cease-fire to halt the Gaza operation, a decision that came after heavy U.S. pressure to stop the offensive. Hamas quickly followed suit and said it would honor the deal.

Throughout the current round of fighting, Hezbollah's show of solidarity — including unclaimed rocket barrages from south Lebanon into Israel on three separate occasions in the past week — appeared carefully calibrated for limited impact. Most landed in open areas or in the Mediterranean Sea. The rockets are believed to have been fired by Palestinian factions based in south Lebanon, likely with Hezbollah’s blessing.

“The political message is ‘we are here,’ and safety for Israel from its northern border is not to be taken for granted and neither is the deterrent that was established in 2006” when the two sides fought each other to a draw, said Joyce Karam, an adjunct professor of political science at George Washington University.

At the tense Lebanon-Israel border, Hezbollah supporters wearing yellow hats organized daily protests over the past week. On at least one occasion, dozens of people breached the fence and crossed to the other side, drawing Israeli shots that struck and killed a 21-year-old. He was later identified as a Hezbollah fighter, and given a full-fledged funeral with hundreds in attendance.

Analysts said chances of Hezbollah joining in the fighting with Israel were low, particularly given the political and economic implosion happening in Beirut and the array of challenges the group faces internallywith social tensions on the rise. Even among Hezbollah’s supporters, there is no appetite for a confrontation as Lebanese suffer under an economic crash that has driven half of the population into poverty.

Also, Hezbollah’s patron Iran is engaged in nuclear talks with the West, with growing hopes an agreement might be reached. Tehran has also been holding talks with longtime regional rival, Saudi Arabia, signaling a possible de-escalation following years of animosity that often spilled into neighboring countries.

“Hezbollah so far doesn’t seem inclined to spoil Iran’s talks with world powers on the nuclear front because it wants to see sanctions relief for its primary political, military and financial backer,” said Karam, who covers Mideast politics for the regional newspaper The National.

Speaking at a rally in south Beirut on Monday, senior Hezbollah official Hashem Safieddine bragged about the group’s firepower, which he said has multiplied many times since the 2006 war, but suggested the time has not come for Hezbollah to get involved.

“We in Hezbollah look to the day where we will fight together, with you, side by side and shoulder to shoulder, on all fronts to extract this cancerous cell,” he said, addressing Palestinians and referring to Israel’s presence in the Arab world. “This day is coming, it’s inevitable.”

During the inconclusive, monthlong 2006 war, the group launched some 4,000 rockets into Israel - as many as Hamas and other Palestinian groups fired at Israel during the current round of fighting - most of them unguided projectiles with limited range. Today, Israeli officials say Hezbollah possesses some 130,000 rockets and missiles capable of striking virtually anywhere in Israel.

Yadlin, the former Israeli military intelligence chief, said all intelligence assessments, however, indicate that Hezbollah does not want a full-on conflict with Israel.

“Nasrallah is in the position that he doesn’t want to repeat the mistake of 2006. He knows he won’t be the defender of Lebanon, he will be the destroyer of Lebanon,” said Yadlin. “He had a lot of opportunities and he hasn’t taken them.” He was referring to Israeli strikes targeting Hezbollah assets in Syria for which the group vowed to retaliate, but still has not.

Qassim Qassir, an analyst and expert on Hezbollah affairs in Lebanon, concurred that there seemed to be no intention to open the southern front because it would “lead to an all-out war with consequences no one can predict.”

For now, both Israel and Hezbollah consider the deterrence established following the 2006 war to be holding, with Hezbollah threatening to strike deeper than ever inside Israel, including at its nuclear facilities, and Israel vowing to target civilian infrastructure, inflicting massive damage.

Karam said both Hezbollah and Israel have been saying since 2006 that round two is inevitable, but its cost has only gone up for both sides. For the moment, both seem satisfied with keeping their tensions on Syrian territory rather than having another war in Lebanon.

But each day brings closer the possibility of an unwanted conflict coming to bear.

“For now, this paradigm seems to hold,” she said.