A Pentagon report released Wednesday said the number of Chinese nuclear warheads may top 1,000 by 2030

China is expanding its nuclear force much faster than U.S. officials predicted just a year ago, highlighting a broad and accelerating buildup of military muscle designed to enable Beijing to match or surpass U.S. global power by mid-century, according to a Pentagon report released Wednesday.

The number of Chinese nuclear warheads could increase to 700 within six years, the report said, and may top 1,000 by 2030. The report did not say how many weapons China has today, but a year ago the Pentagon said the number was in the “low 200s” and was likely to double by the end of this decade.

The United States, by comparison, has 3,750 nuclear weapons and has no plans to increase. As recently as 2003 the U.S. total was about 10,000. The Biden administration is undertaking a comprehensive review of its nuclear policy and has not said how that might be influenced by its China concerns.

The report does not suggest open conflict with China but it fits an emerging U.S. narrative of a People’s Liberation Army, as China calls its military, intent on challenging the United States in all domains of warfare — air, land, sea, space and cyberspace. Against that backdrop, U.S. defense officials have said they are increasingly wary of China’s intentions with regard to the status of Taiwan.

“The PLA’s evolving capabilities and concepts continue to strengthen (China’s) ability to ‘fight and win wars’ against a ‘strong enemy’ — a likely euphemism for the United States,” the report said, adding that it makes China more capable of coercing Taiwan, the self-ruled island that China claims as its territory. 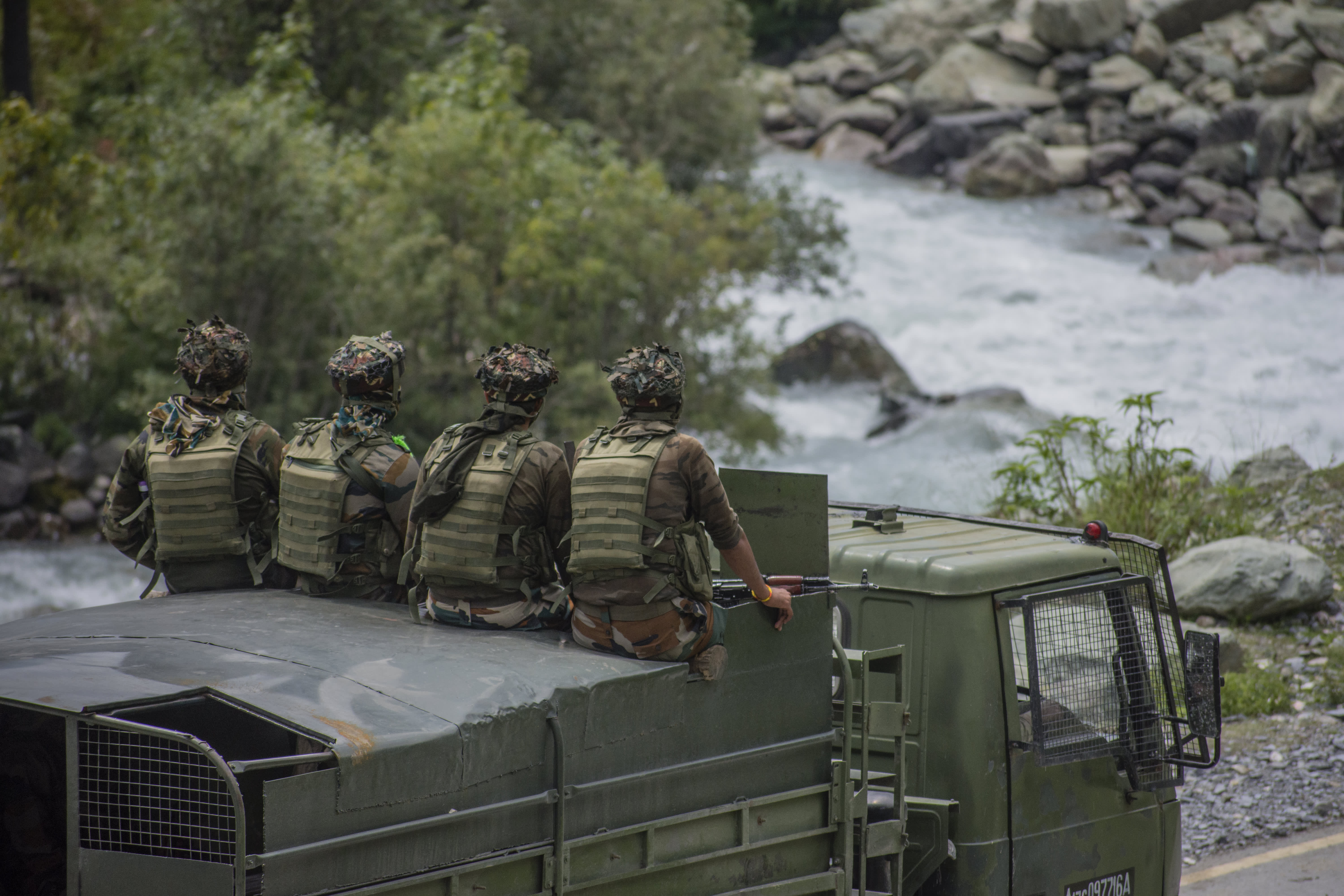 Wednesday's report is the latest reminder to Congress, already leery of Beijing’s military ambitions, that the Pentagon’s frequent promises to focus more intently on countering China have moved only incrementally beyond the talking stage. The Biden administration is expected to take a new step by following through on its announcement in September of plans to increase the U.S. military presence in Australia, in addition to a controversial decisionto help Australia acquire nuclear-powered submarines.

China's military modernization is proceeding on a wide front, but its nuclear advances are especially notable.

The Chinese may already have established what is known as a nuclear triad — the combination of land-, sea-, and air-based missiles that the United States and Russia have had for decades — the report said. To its existing land- and sea-based nuclear forces China is adding an air-launched ballistic missile.

The Pentagon report was based on information collected through December 2020 and so does not reflect or even mention Gen. Mark Milley’s expression of concern last month about Chinese hypersonic weapon tests last summer that he said came as a troublesome surprise. Wednesday’s report only referred to the widely known fact that China had fielded the DF-17 medium-range ballistic missile, equipped with a hypersonic glide vehicle designed to evade American missile defenses.

In remarks shortly before the report's release Wednesday, Milley told the Aspen Security Forum that the hypersonic missile test and other Chinese advances are evidence of what is at stake for the world.

“We are witnessing one of the largest shifts in global and geostrategic power that the world has witnessed,” he said.

Milley also said his personal assessment is that China is unlikely in the next six to 24 months to use military force against Taiwan in order to fulfill the communist leadership's public pledge to ultimately bring the island under Beijing's control.

The Pentagon's wide-ranging assessment of China's military strategy and force development is the latest in an annual series of reports to Congress and in some respects was more detailed than previous versions. For example, it questioned China's compliance with international biological and chemical weapons agreements, citing studies conducted at military medical institutions that discussed identifying, testing and characterizing groups of “potent toxins” that have civilian as well as military uses.

The basis of the Pentagon's prediction that China will vastly increase its nuclear arsenal is not spelled out in Wednesday's report. A senior defense official who briefed reporters in advance of the report's public release, and thus spoke on condition of anonymity, said the forecast reflects several known developments, such as China's addition of a nuclear bomber capability, as well as public statements in Chinese official media that have made reference to China needing 1,000 nuclear weapons.

The report also asserted that China has begun construction of at least three new missile fields that “cumulatively contain hundreds” of underground silos from which ICBMs could be launched.

The report provided no details on the new missile fields, but private nuclear analysts have reported that satellite imagery shows what appear to be vast new missile silo fields under construction in north-central China. In an update published Tuesday, analysts Matt Korda and Hans Kristensen of the Federation of American Scientists said they have seen continued construction progress and have discovered “unique facilities that appear intended to support missile operations once the silo fields become operational.”

One of those facilities, they said, is a complex in the mountains surrounded by what appear to be four tunnels into underground facilities. The tunnels are under construction and there are large amounts of excavated soil dumped nearby. This facility’s function is unknown but “could potentially involve missile and/or warhead storage and management,” the analysts said.

Other structures under construction may be technical service facilities and launch control centers, they said.