Austin: Speed of Afghan Army Collapse ‘Took Us All by Surprise'

In his first congressional testimony on the tumultuous U.S. withdrawal from Afghanistan, Defense Secretary Lloyd Austin on Tuesday said the Afghan army's sudden collapse caught the Pentagon off-guard and defended the military's execution of a frantic airlift from Kabul.

“We helped build a state, but we could not forge a nation,” he told the Senate Armed Services Committee. “The fact that the Afghan army we and our partners trained simply melted away – in many cases without firing a shot – took us all by surprise. It would be dishonest to claim otherwise.”

Speaking alongside Gen. Mark Milley, chairman of the Joint Chiefs of Staff, Austin also questioned decisions made over the 20-year course of the U.S. war in Afghanistan. In retrospect, he said, the American government may have put too much faith in its ability to build a viable Afghan government.

Austin said the U.S. needs to "consider some uncomfortable truths," including that we "didn't fully comprehend the depth of corruption and poor leadership" among the Afghan army's senior ranks and that the Trump administration's deal with the Taliban in 2020 "had a demoralizing effect on Afghan soldiers."

Austin acknowledged shortcomings in the final airlift from Hamid Karzai International Airport that began Aug. 14, such as an initial wave of violence at and near the airfield that led to multiple deaths of Afghan civilians. But he asserted that the airlift was a historic accomplishment that removed 124,000 people from Taliban rule.

“To be clear, those first two days were difficult,” said Austin, who is a veteran of the war. “We all watched with alarm the images of Afghans rushing the runway and our aircraft. We all remember the scenes of confusion outside the airport. But within 48 hours, our troops restored order, and process began to take hold.” 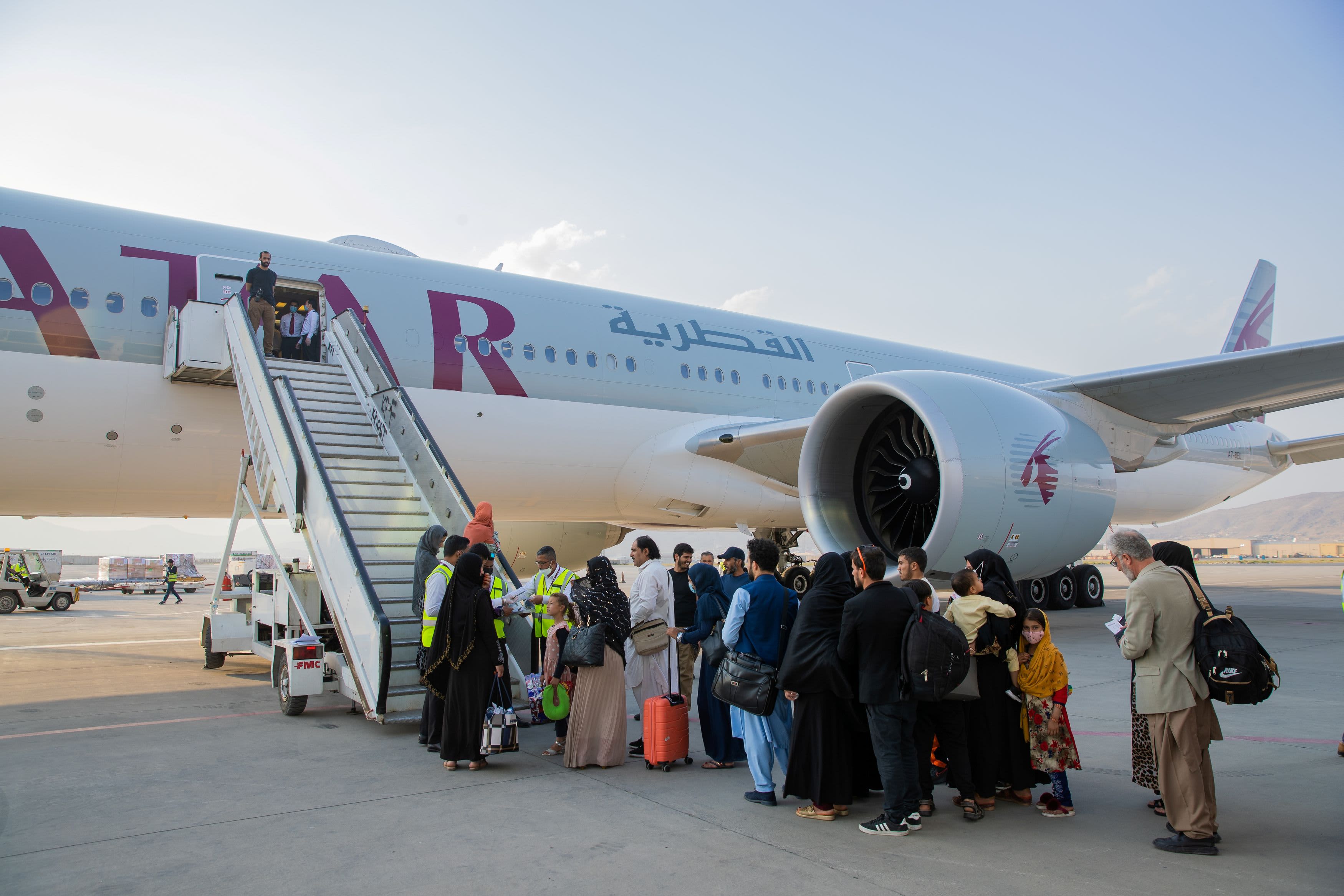 85 Americans Have Left Afghanistan Since U.S. Completed Its Withdrawal 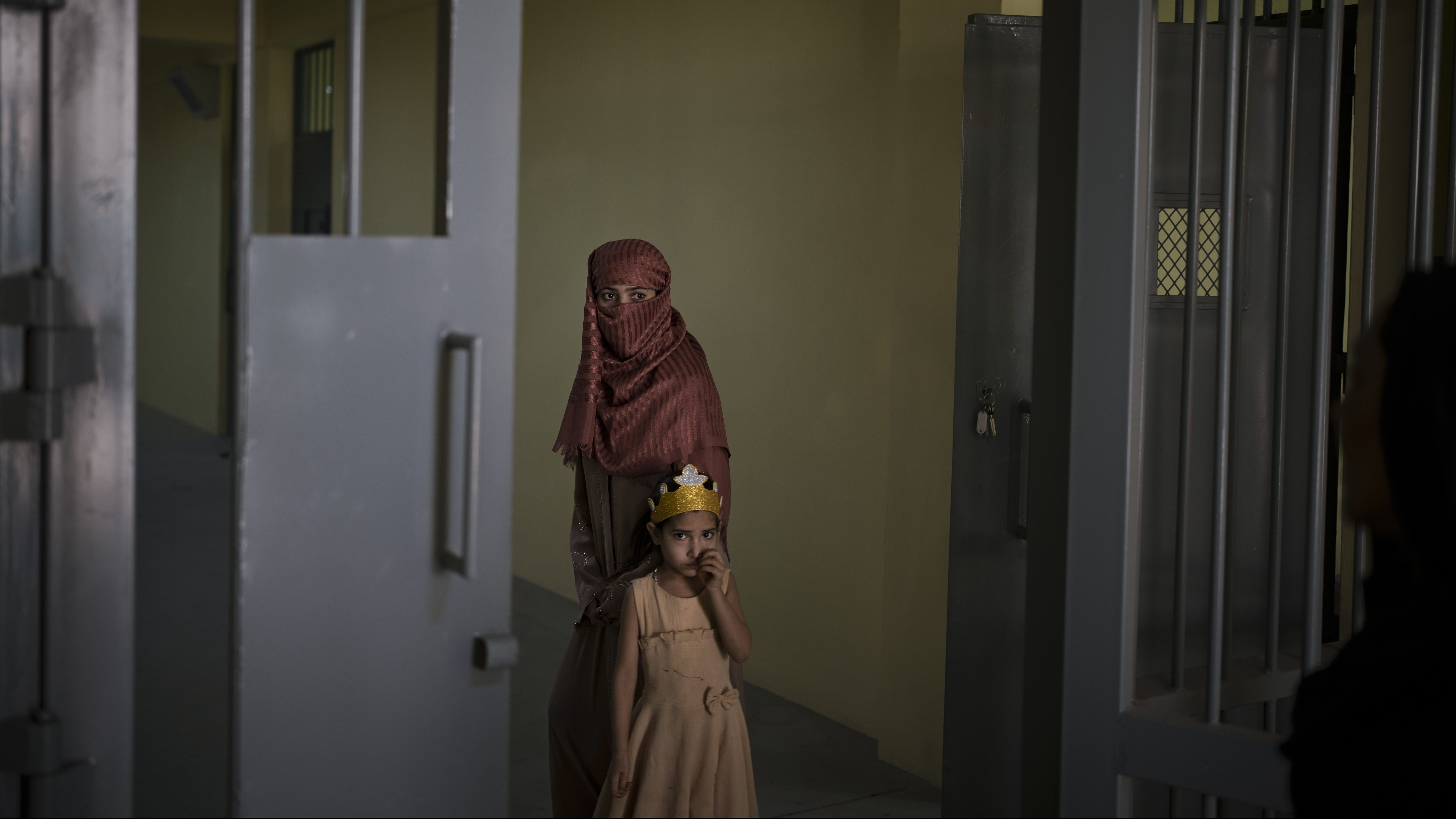 Where Women Took Shelter From Abuse, Taliban Now in Control

Milley called the 20-year war a “strategic failure” and said he believes the U.S. should have kept several thousand troops in the country to prevent the Taliban takeover that happened faster than forecast. He refused to say what advice he gave President Joe Biden last spring when Biden was considering whether to keep any troops in Afghanistan. But he told lawmakers it was his personal opinion that at least 2,500 were needed to guard against a collapse of the Kabul government and a return to Taliban rule.

In a blunt assessment of the outcome to a war that cost 2,461 American lives, Milley called it a strategic failure.

“The enemy is in charge in Kabul,” he noted, referring to the Taliban having taken control of the capital on Aug. 15. “There's no way else to describe that,” he said, adding that it's possible the U.S. military's biggest failure was to make the Afghan military overly dependent on an American presence and technology.

Gen. Frank McKenzie, who as head of Central Command had overseen the final months of the U.S. war, said he agreed with Milley's assessment. He also declined to say what he had recommended to Biden.

The Senate hearing was at times contentious, as Republicans sought to portray Biden as having ignored advice from military officers and mischaracterized the military options the president was presented last spring and summer.

Sen. Tom Cotton, R-Ark., asked Milley why he did not choose to resign after his advice was rejected.

Milley, who was appointed to his position as chairman of the Joint Chiefs of Staff by President Donald Trump and retained by Biden, said it was his responsibility to provide the commander in chief with his best advice.

“The president doesn't have to agree with that advice,” Milley said. “He doesn't have to make those decisions just because we are generals. And it would be an incredible act of political defiance for a commissioned officer to resign just because my advice was not taken."

Milley cited “a very real possibility” that al-Qaida or the Islamic State group's Afghanistan affiliate could reconstitute in Afghanistan under Taliban rule and present a terrorist threat to the United States in the next 12 to 36 months.

It was al-Qaida's use of Afghanistan as a base from which to plan and execute its attacks on the United States on Sept. 11, 2001, that triggered the U.S. invasion of Afghanistan a month later.

“And we must remember that the Taliban was and remains a terrorist organization and they still have not broken ties with al-Qaida,” Milley said. “I have no illusions who we are dealing with. It remains to be seen whether or not the Taliban can consolidate power or if the country will further fracture into civil war.”

The Biden administration faces criticism on multiple fronts for its handling of the final months of the war.

Sen. James Inhofe, the ranking Republican on the Armed Services panel, told Austin and Milley that the withdrawal and evacuation amounted to an “avoidable disaster.”

Republicans in particular have intensified their attacks on Biden’s decision to pull all troops out of Afghanistan by Aug. 30, saying it left the U.S. more vulnerable to terrorism. They are demanding more details on the suicide bombing in Kabul that killed 13 American service members in the final days of the withdrawal.

The withdrawal ended the longest war in U.S. history. The Biden administration, and some Democrats in Congress, have argued that former President Donald Trump bears some of the blame for the war ending in a Taliban victory, since his administration signed a deal with the Taliban in 2020 that promised a full American withdrawal by May 2021. They also have pointed to a yearslong U.S. failure to build an Afghan military that could stand up to the Taliban.

“This is not a Democratic or a Republican problem. These failures have been manifesting over four presidential administrations of both political parties,” Sen. Jack Reed, D-R.I, said the day after the Taliban took over Kabul on Aug. 15.

Gen. Mark Milley defended calls he made to assure his Chinese counterpart that the U.S. wasn’t going to attack in the final months of Donald Trump’s presidency, telling a Senate panel Tuesday that senior Trump officials were aware.

Although Tuesday's hearing was scheduled to focus on Afghanistan, Milley used his opening statements to address accusations of disloyalty over calls he made to his Chinese counterpart in the finals days of the Trump presidency.

Milley has been at the center of a firestorm amid reports he made two calls to Gen. Li Zuocheng of the People’s Liberation Army to assure him that the United States was not going to suddenly go to war with or attack China, and that if it did, Milley would warn him in advance. Details of the calls were first aired in excerpts from the recently released book “Peril” by Washington Post journalists Bob Woodward and Robert Costa.

Milley delivered a full-throated defense of the calls, saying he was responding to “concerning intelligence” that China was worried about a U.S. attack.

“I know, I am certain, that President Trump did not intend to attack the Chinese and it was my directed responsibility to convey presidential orders and intent,” Milley told the committee. “My task at that time was to de-escalate. My message again was consistent: Stay calm, steady, and deescalate. We are not going to attack you.”