During his speech, the 38-year-old revealed how he proposed to his husband at O'Hare Airport

By Aamer Madhani and Will Weissert • Published December 17, 2020

During his speech, the 38-year-old revealed how he proposed to his husband at Chicago's O'Hare Airport.

"Travel in my mind is synonymous with growth, with adventure -- even love. So much so that I proposed to my husband Chasten in an airport terminal," he said. "Don't let anybody tell you that O'Hare isn't romantic." 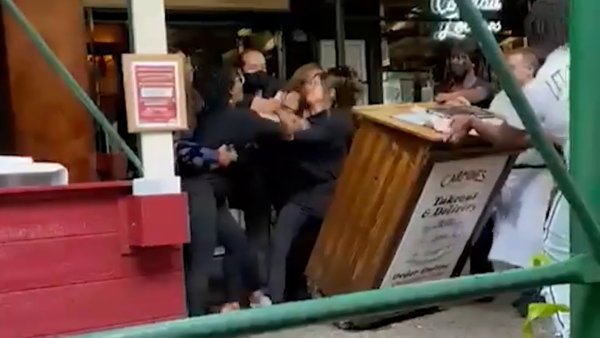 O'Hare Airport wasted no time leaning into that title.

The airport changed its official Twitter bio shortly after to a "place of romance" and tweeted a thank you at Buttigieg.

"Thank you for appreciating all the connections we make possible, @PeteButtigieg," the tweet read. "Looking forward to working with you as we continue to make our airport lovable for decades to come."

Buttigieg's husband, Chasten, said the proposal happened in Gate B5.

United Airlines, which holds the B5 gate, also weighed in.

"It was B5. Proof that love actually is all around," the airline tweeted.

Buttigieg would be the first openly gay person confirmed by the Senate to a Cabinet position.

Biden said the 38-year-old can be “a new voice" in the fight against economic inequality, institutional racism and climate change.

President-elect Joe Biden plans to nominate Pete Buttigieg as the Secretary of Transportation. Here are five things to know about the former mayor of South Bend, Indiana.