Advocates want to overhaul a policing system that has repeatedly been linked to brutality against Black people, including the death of George Floyd in May

The racial justice protests following the death of George Floyd earlier this year prompted calls to “defund the police” in cities across the country, a priority for activists that has now become a central point in the presidential contest.

A review by The Associated Press finds that while local governments have trimmed police budgets over the past four months, the cuts have been mostly modest. They have been driven as much by shrinking government revenue related to the coronavirus pandemic as from the calls to rethink public safety.

Advocates want to overhaul a policing system that has repeatedly been linked to brutality against Black people, including the death of Floyd at the hands of Minneapolis police in May.

Those calling for defunding generally mean shifting money from law enforcement agencies to other efforts. They want social workers rather than police to respond to non-crime emergency calls and more money sent to community programs aimed at preventing crime. They want to take police officers out of schools and military gear away from departments.

“Police don’t really solve or prevent most of what is classified as criminal activity,” said Ash-Lee Woodard Henderson, a lead activist at the Movement for Black Lives.

A narrative that has often overwhelmed local debates over police reforms and funding is that activists want to strip entire budgets from local law enforcement and replace the departments with something else. President Donald Trump has repeatedly said his Democratic rival, former Vice President Joe Biden, supports defunding police, even though Biden has stated clearly that he does not. Democratic mayors across the U.S. also have pumped the brakes on major changes.

In Minneapolis, Seattle and Portland, Oregon, all hotspots for protests and counter protests, the calls for deep police cuts have been answered with modest ones, at least for now. Even in liberal enclaves such as Austin, Texas, and Berkeley, California, where officials have embraced sweeping changes to policing, implementation is slow-going and uncertain.

Some of the boldest proposals came in Minneapolis, where Floyd died after being pinned to the ground by a white officer who pressed his knee into Floyd’s neck for nearly eight minutes. The officer and three other officers were fired and have been charged in Floyd’s death.

Soon after Floyd was killed, the majority of the City Council pledged to dismantle the police department. But it's far from happening: Some council members have backtracked on their pledges, and a ballot measure on the topic won’t go before voters this year.

In Seattle, activists have called for cutting police funding in half. The City Council approved something much more modest — cuts equal to less than 1% of the police budget and shifts of some money to community programs.

Mayor Jenny Durkan vetoed even that before the council overrode her in late September, with some calling the measure a down payment on future reductions. In a statement, Durkan said the calls for budget cuts don't come with solutions about how to offer many of the services police perform, including dealing with homeless encampments.

“Part of my overwhelming concern about council’s approach on the 2020 budget was a lack of a plan," said Durkan, who like most big-city mayors, is a Democrat.

In Portland, this year's police budget is nearly $10 million less than last year's, but that was far less than the $50 million cut activists had sought. It represents less than 4% of the police budget.

Hundreds of thousands of people are taking to the streets to protest racial inequality and issues with the criminal justice system. But not everyone realizes one of the most powerful tools in a protester’s arsenal is a vote. It’s hard to get enough votes to change a president, but it’s considerably easier to vote out your local mayor, councilmembers, or sheriff if you don’t like their policies on policing.

Austin has plans to reduce its police budget by one-third, but it's not certain that will happen. The city transferred about $21.5 million of its $450 million police budget to areas such as homeless services.

The city is exploring bigger changes, including moving civilian duties such as forensic science and victim services out of the department. Texas Gov. Greg Abbott, a Republican, has said he would consider having the state take over policing in the capital city in response.

In Berkeley, the council agreed in July to create a new traffic enforcement agency with the intent of eliminating racial profiling in traffic stops. But the switch will take time.

Some smaller left-leaning cities also are considering cuts to police. Burlington, Vermont, adopted a plan to reduce the number of officers by 30% through attrition. In North Carolina, the Asheville City Council this past summer gave police and other city departments only one-fourth of their annual funding. But in September, the council adopted a budget that repurposes only about 3% of the police budget.

New York City announced a police budget cut, but a piece of that was moving school officers from the police department to the education department.

Some activists have been underwhelmed at the scope of the changes so far.

“It’s a positive that we were able to prevent increases in budgets,” said Scott Roberts, who leads criminal justice efforts for the racial justice group Color of Change. “But it’s not what we were looking for.” 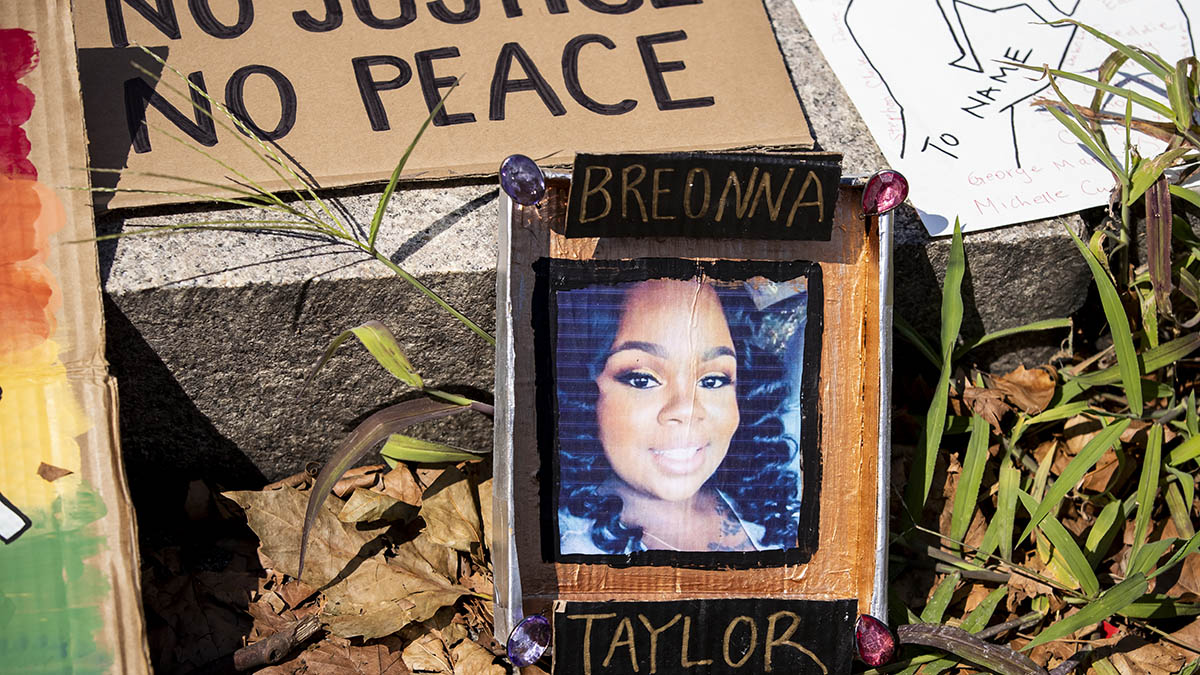 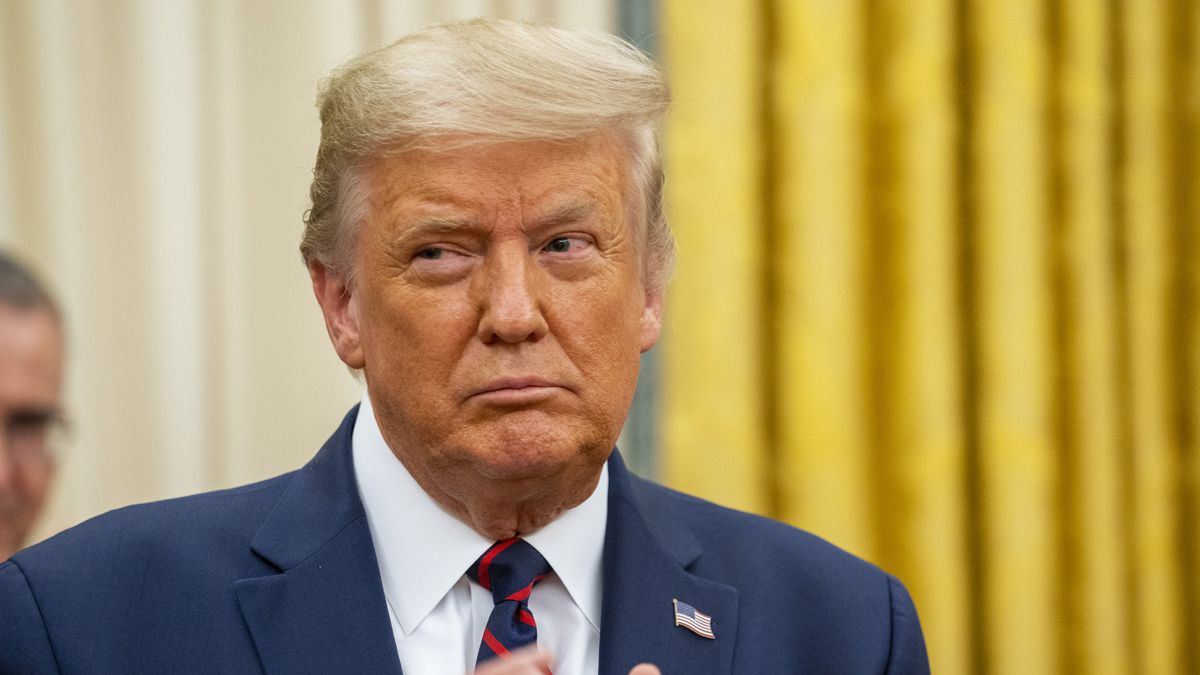 Patrick Yoes, president of the Fraternal Order of Police, which has endorsed Trump, told the AP that the defunding talk is demoralizing officers and pushing good candidates away from police careers.

Even without massive policing overhauls, it's significant that cities are including law enforcement budgets in the spending cuts they are being forced to make as tax revenue has shriveled during the coronavirus pandemic, said Insha Rahman, a vice president at the Vera Institute of Justice.

Police spendingaccounts for one-fourth to half of government spending in most big cities and has sometimes been considered untouchable.

“We are seeing in big city councils, like in New York City, the budget conversation has been dominated by what actually delivers public safety," Rahman said.

Some departments got a one-time boost this year from an $850 million law enforcement package approved by Congress to deal with coronavirus-related expenses.

While there have been no massive defunding actions, policing changes are being considered in cities across the U.S.

In Davenport, Iowa, the Civil Rights Commission is asking the City Council to consider a list of initiatives on public safety, including reallocating money from police to social services and community programs.

Henry Karp, the commission vice chairman, said he is hopeful the measures will be adopted, though he expects resistance,.

He cited the August shooting by police of Jacob Blake in Kenosha, Wisconsin, which left the Black man paralyzed. Like Kenosha, Davenport is a Midwestern city of about 100,000 people.

“That hasn’t happened here yet,” Karp said. “And that’s what we want to prevent."