The winning ticket was sold at Joe's Service Center on West Woodbury Road in the San Gabriel Valley community of Altadena, the California Lottery said.

Someone who bought a Powerball ticket in Southern California is the lucky winner of the staggering jackpot worth more than $2 billion.

The winning ticket for the world record jackpot was sold at Joe's Service Center on West Woodbury Road in the San Gabriel Valley community of Altadena, the California Lottery said.

The owner of the store where the jackpot-winning $2 billion Powerball ticket was sold receives a $1 million bonus check.

The agency did not indicate whether anyone stepped forward to claim the $2.04 billion prize and promised more details would be upcoming. The California Lottery Winner's Handbook notes that the winner's name is a matter of public record. The winner has one year from the date of the draw to claim the jackpot.

The owner of Joe's Service Center was presented with a $1 million bonus check for selling the winning ticket.

Joseph Chahayed was handed an oversized check that he held up for reporters and customers to see in front of his family owned store. He said representatives from the California Lottery were at his shop before he even opened Tuesday morning to tell him the news.

"I would like to thank all the community (who) support me," he said. "And I would I encourage you to buy a ticket from this station. You're going to be a winner, too."

"I will share it with the family, with my kids, my grandchildren. I have 11 grandchildren, and I have to share with them."

Three other tickets sold in California matched five numbers in the drawing but missed the Powerball number. Those tickets -- sold in Gardena, Beaumont and San Francisco -- are each worth roughly $1.15 million. A total of 22 such tickets were sold nationally.

The winning numbers in Monday's drawing for the multi-state Powerball lottery are 10, 33, 41, 47, 56, and Powerball number is 10. Lottery officials said the jackpot climbed beyond its earlier estimate of $1.9 billion to $2.04 billion.

The jackpot was by far the largest lottery prize ever won. It topped the previous record $1.586 billion prize won by three Powerball ticketholders in 2016.

Only four previous jackpots have topped $1 billion, but none of those were close to the current prize, which started at $20 million back on Aug. 6. Three winless months later, it ballooned beyond $2 billion.

The drawing Monday night was delayed for hours by a security process hiccup. 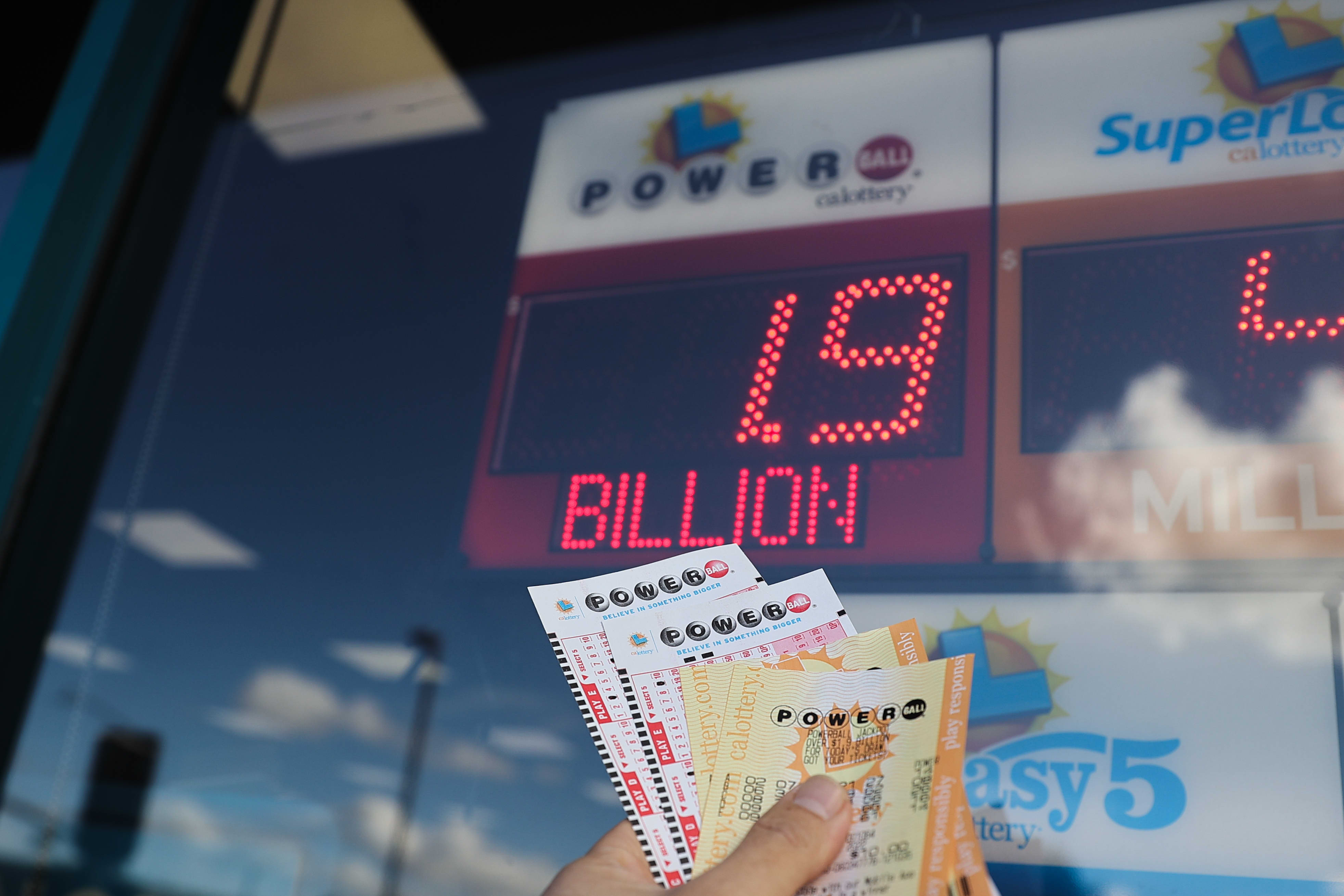 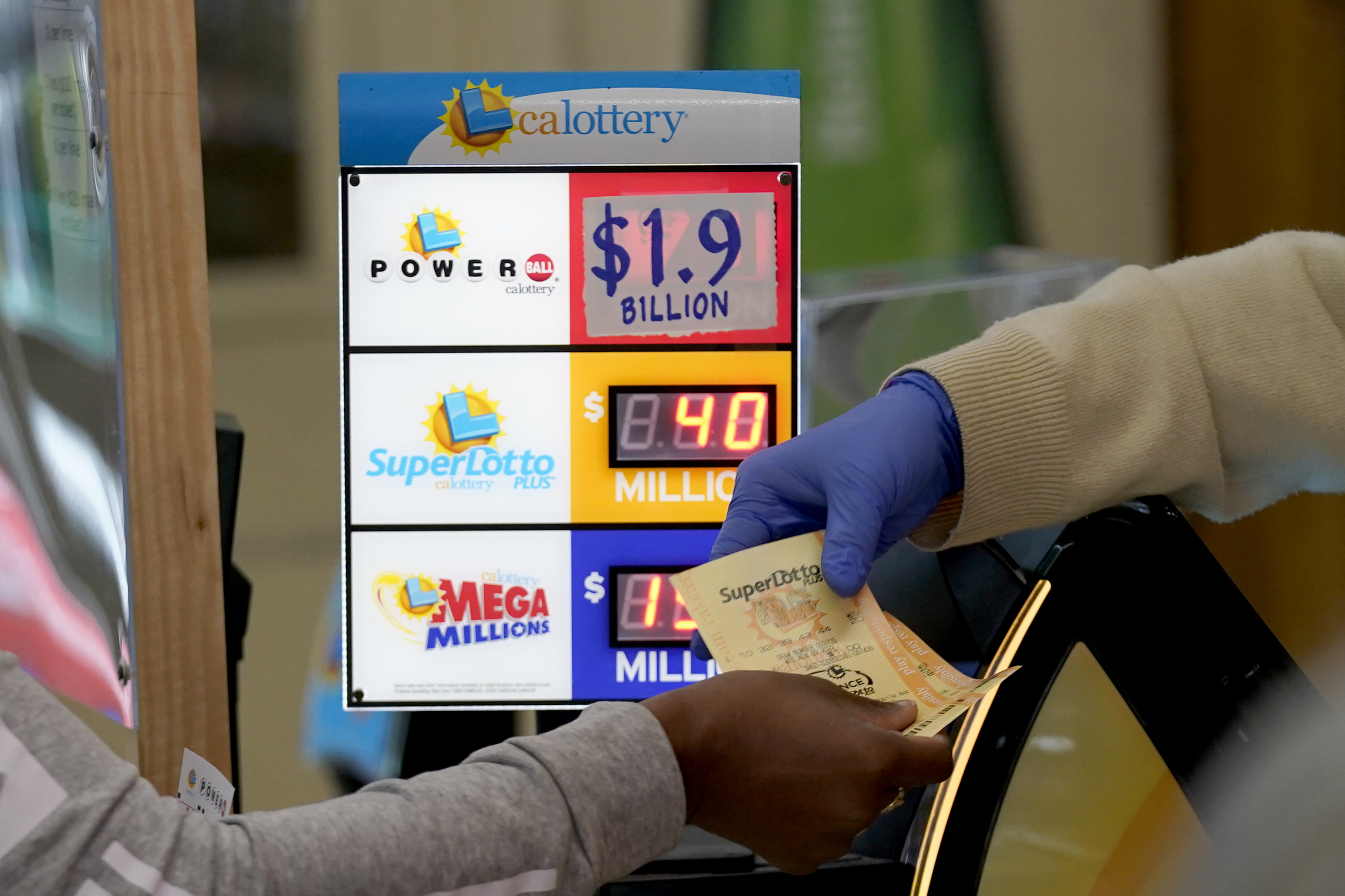 Here Are the Winning Numbers for the $2.04 Billion Powerball Jackpot

The California Lottery announced at 8:07 p.m. Monday that the planned 7:59 p.m. drawing was delayed due to a participating lottery needing extra time to complete the required security protocols. The lottery announced at 9:38 p.m. that there was an issue in another state.

Neither state involved was California, according to the California Lottery.

"Powerball has strict security requirements that must be met by all 48 lotteries before a drawing can occur,'' a California Lottery official said.

No tickets have been sold matching all six numbers since Aug. 3.

The $2.04 billion prize is for a winner who chooses an annuity, paid annually over 29 years. Nearly all winners instead opt for cash, which was valued at $997.6 million.

The odds of matching all five numbers and the Powerball number is 1 in 292.2 million, according to the Multi-State Lottery Association, which conducts the game.

The Powerball game is played in 45 states, the District of Columbia, Puerto Rico and U.S. Virgin Islands.