Zelenskyy Pleads With US to Close Ukraine's Skies, Increase Sanctions

Ukrainian President Volodymyr Zelenskyy pleaded with the U.S. Congress to "close the sky" to prevent the Russian airstrikes that are devastating his country as he appealed to lawmakers to do more to help Ukraine's fight against Russia.

"Russia has turned the Ukrainian skies into a source of death for thousands of people," Zelenskyy said.

Invoking Martin Luther King Jr.'s "I Have a Dream" speech, Zelenskyy said, “I have a dream—these words are known to each of you. Today I can say, I have a need. I need to protect our sky."

Zelenskyy said that if a no-fly zone isn't possible, then Ukraine will need more advanced air-defense systems, such as military aircrafts and other weapons. He also said the U.S. must sanction Russian lawmakers and block imports, and he showed a packed auditorium of U.S. lawmakers an emotional video of the destruction and devastation in his country has suffered in the war.

“We need you right now,” Zelenskyy said. He added, "I call on you to do more.”

The actor-turned-wartime leader was greeted with a standing ovation before and after his short remarks, which Zelenskyy began in Ukrainian through an interpreter but then switched to English in a heartfelt appeal to help end the bloodshed.

“I see no sense in life if it cannot stop the deaths,” he told them.

Nearing the three-week mark in an ever-escalating war, Zelenskyy is using the world's leading legislative bodies as a stage to implore allied leaders to stop the Russian airstrikes that are devastating his country. It has also put Zelenskyy at odds with President Joe Biden, whose administration has stopped short of providing a no-fly zone or the transfer of military jets from neighboring Poland as the U.S. seeks to avoid a direct confrontation with Russia.

Instead, Biden announced Wednesday an additional $800 million in security assistance, saying the U.S. is sending more anti-aircraft, anti-armor weapons and drones to Ukraine. That would bring the total announced in the last week alone to $1 billion.

The White House has been weighing giving Ukraine access to U.S.-made Switchblade drones that can fly and strike Russian targets, according to a separate person familiar with the matter who was not authorized to speak publicly. It was not immediately clear if the new drones that Biden said would be delivered to Ukraine include the Switchblades.

Zelenskyy has emerged as a heroic figure at the center of what many view as the biggest security threat to Europe since World War II. Almost 3 million refugees have fled Ukraine, the fastest exodus in modern times.

Wearing his now trademark army green T-shirt, Zelinskyy began the remarks to his “American friends” by invoking the destruction the U.S. suffered in 1941 when Japan bombed the naval base at Pearl Harbor in Hawaii, and the 2001 attacks on the World Trade Center and the Pentagon by militants who commandeered passenger airplanes to crash into the symbols of Western democracy and economy.

President Joe Biden announced Wednesday that the U.S. will send additional $800 million in military and humanitarian aid for Ukraine and detailed how those funds will be spent.

Sen. Angus King, the Maine independent. said there was a “collective holding of the breath” in the room during Zelenskyy's address. Republican Sen. Lisa Murkowski of Alaska said, "If you did not look at that video and feel there is an obligation for not only the United States but but the free countries of the world to come together in support of Ukraine, you had your eyes closed.” Majority Whip Dick Durbin called the address heartbreaking and said, “I’m on board with a blank check on sanctions, just whatever we can do to stop this Russian advance.”

The Ukrainian president is no stranger to Congress, having played a central role in Donald Trump's first impeachment. As president, Trump was accused of withholding security aid to Ukraine as he pressured Zelenskyy to dig up dirt on political rival Biden. Zelensky spoke on the giant screen to many of the same Republican lawmakers who declined to impeach or convict Trump, but are among the bipartisan groundswell in Congress now clamoring for military aid to Ukraine.

He thanked the American people, saying Ukraine is grateful for the outpouring of support, even as he urged Biden to do more.

It was the latest visit as Zelenskky uses the West's great legislative bodies in his appeals for help, invoking Shakespeare’s Hamlet last week at the British House of Commons asking whether Ukraine is “to be or not to be” and appealing Tuesday to “Dear Justin” as he addressed the Canadian Parliament and Prime Minister Justin Trudeau. He often pushes for more help to save his young democracy than world leaders have so far pledged to provide.

Biden has insisted there will be no U.S. troops on the ground in Ukraine and has resisted Zelenskyy's relentless pleas for warplanes as too risky, potentially escalating into a direct confrontation with nuclear-armed Russia.

“Direct conflict between NATO and Russia is World War III,” Biden has said. 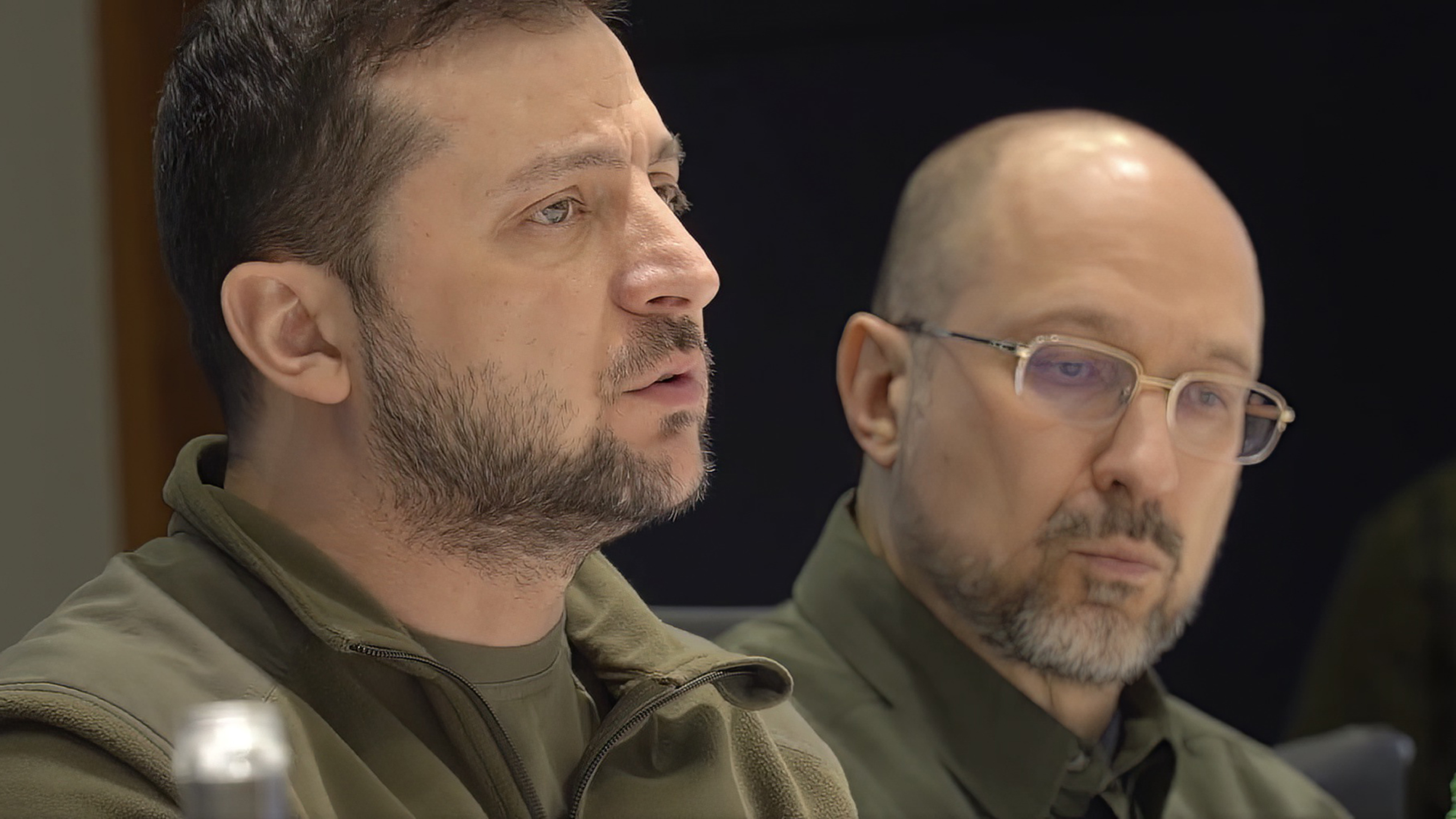 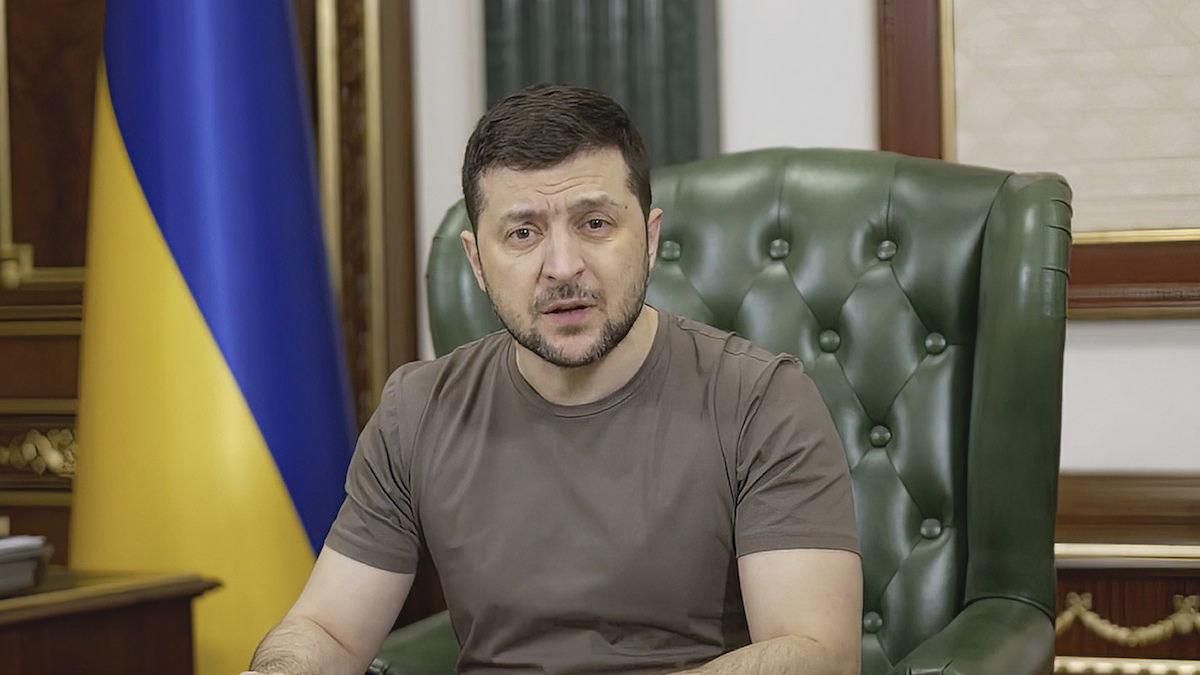 U.S. defense officials, for their part, say they are puzzled by Zelenskyy’s demand for more warplanes. They say Ukraine isn’t often flying the planes it has now, while making good use of other weapons the West is providing, including Stinger missiles for shooting down helicopters and other aircraft.

Even though Zelenskyy and Biden speak almost daily by phone, the Ukrainian president has found a potentially more receptive audience in Congress.

This won’t be the first time he has appealed directly to members of the House and Senate, who have remained remarkably unified in their support of Ukraine with some feeling they have made a commitment to do as much as they can in the fight against Russia. Nearly two weeks ago, Zelenskyy delivered a desperate plea to some 300 lawmakers and staff on a private call that if they could not enforce a no-fly zone, at least send more planes.

Congress has already approved $13.6 billion in military and humanitarian aid for Ukraine, and the newly announced security aid will come from that allotment, which is part of a broader bill that Biden signed into law Tuesday. But lawmakers expect more aid will be needed.

House Speaker Nancy Pelosi said Zelenskyy asked for help in rebuilding his country when they spoke last week. It was in that call that Zelenskyy asked to address the U.S. Congress, something the Democratic leader readily agreed to.

“The Congress, our country and the world are in awe of the people of Ukraine,” said Pelosi and Senate Majority Leader Chuck Schumer in a statement Monday announcing the address.

Zelenskyy's next stop could be Spain. The speaker of Spain’s Congress of Deputies has invited the Ukrainian president to address Spanish lawmakers via videolink.

In a letter to Zelenskyy, Speaker Meritxell Batet wrote that the address “will be a magnificent opportunity for the chamber, all Spanish people and the thousands of Ukrainians living in Spain to listen to your message and express our firmest support.”