A Minneapolis commission decided Wednesday to take more time to review a City Council amendment to dismantle the Police Department in the wake of George Floyd’s death, ending the possibility of voters deciding the issue in November.

Members of the Charter Commission expressed concern that the process to change the city’s charter was being rushed after Floyd died following an encounter with police. While several commissioners said changing the Police Department was necessary, they said the amendment before them was flawed. Several said it faced legal barriers, was created without input from key community members who oppose it, and that it gave too much power to the City Council.

“It’s appropriate to explore transformational changes in the department, but it needs to be done thoughtfully,” said Commissioner Peter Ginder, who voted in favor of taking more time. “That hasn't been done here.”

The five City Council members who authored the proposed charter amendment released a statement criticizing the decision, but said they will continue to work toward transforming the way the city provides public safety. They said they plan to put an amendment before voters in November 2021.

“It is not our legacy to use bureaucratic processes to circumvent the people in an attempt to ‘protect’ voters from themselves," said Council Member Jeremiah Ellison. "That is not democracy. In a democracy, the people decide. But I guess today the Charter Commission decided otherwise.”

Christy Lopez of the Georgetown Law Center says the call to defund the police is about realigning resources to people who may not have a badge and a gun — but who play a different role in keeping communities safe. That could include the people behind mental health services and other community resources. But she said calls to simply cut a dollar amount from police budgets may not be the best way to change the system.

The proposed amendment followed widespread criticism of law enforcement over Floyd’s death. It would have replaced the Police Department with a “Department of Community Safety and Violence Prevention” that backers said would take a more “holistic” approach, which wasn’t fully defined. The proposal did allow for armed officers — creating a division of licensed peace officers, who would have answered to the new department’s director.

“The council says ‘Trust us. We’ll figure it out after this is approved. Trust us.’ Well I don’t, and we shouldn’t,” said Barry Clegg, chairman of the Charter Commission. “Charter change is too important.”

The 15-member commission, made up of volunteers appointed by a judge, voted 10-5 to take another 90 days to review the proposed amendment. Most of those who voted against taking the extra time said they would recommend rejecting the amendment.

But the issue would likely have gone to voters even if it was rejected because the City Council was required only to consult the commission and is not bound by their action. The lack of a final decision means the proposal won’t clear deadlines to make the ballot this November, but it could be on the ballot in 2021.

“There is no democracy denied here. There is no denial of democratic rights. It’s a question of when, not if,” Commissioner Gregory Abbott said. “We can fix this. We can get police reform. We just need to find a different avenue to do it in.”

A similar move by the commission effectively ended a proposed charter change in 2018 that would have given the City Council more control over the department.

Mel Reeves, a longtime community activist, said he was not surprised by the commission's decision. He saw it as a delay tactic. 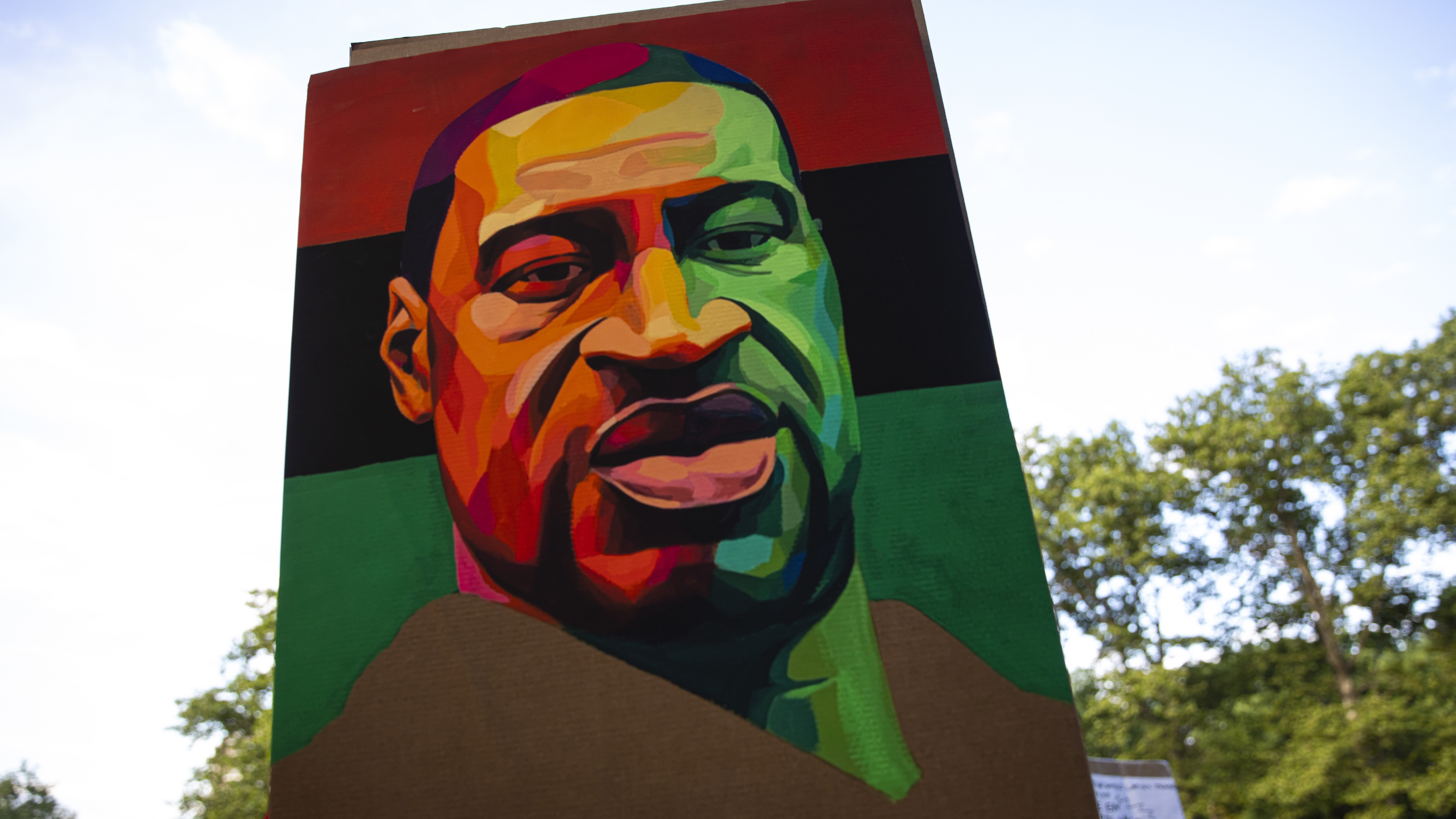 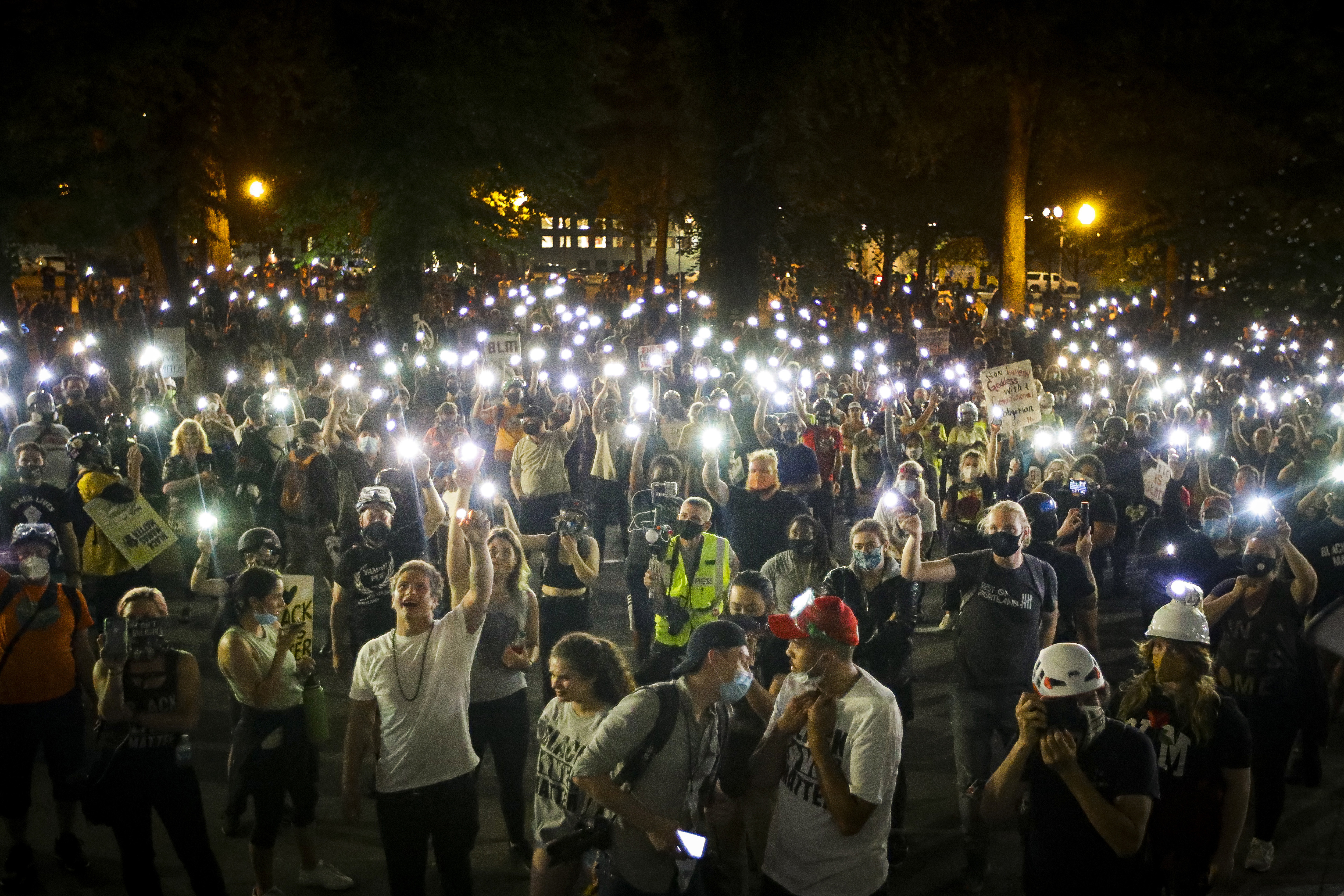 “We talk about living in a democracy, but if you really want to be democratic, sometimes it's damn near impossible. If people really want to do something, there are all kinds of mechanisms to keep them from doing it,” he said.

The process has unfolded during a violent summer in Minneapolis after Floyd's death, with shootings dramatically higher than last year. Many residents are worried about a proposal to “abolish” police officers.

Some City Council members promised a robust process to get public input on how a new department would look and work. Council member Steve Fletcher, one of the proposal's authors, said before the commission's vote that the city would continue to move ahead with the community engagement process.

Floyd, a Black man who was handcuffed, died May 25 after Derek Chauvin, who is white, pressed his knee against Floyd’s neck for nearly eight minutes, as Floyd said he couldn’t breathe. Chauvin was charged with second-degree murder and other counts, and three other officers at the scene were charged with aiding and abetting. All four officers were fired, and Floyd’s death sparked protests in Minneapolis and around the world.

Mayor Jacob Frey, who was opposed to abolishing the department, and Chief Medaria Arradondo have moved ahead with their own changes since Floyd’s death, including requiring officers to document attempts to de-escalate situations whether or not force is used. They also have expanded requirements for reporting use-of-force incidents, ordering officers to provide more detail.

Arradondo also pulled the department out of negotiations for a union contract, saying he wanted a review designed to change the grievance and arbitration process.

According to draft language of the amendment, the new department would have had "responsibility for public safety services prioritizing a holistic, public health-oriented approach.” The director of the new agency would have “non-law-enforcement experience in community safety services, including but not limited to public health and/or restorative justice approaches.”

But the amendment included other provisions that some commissioners feared wouldn't be understood by voters.

Commissioner Toni Newborn, voted against additional review, expressing concern it would be seen as a delay tactic. But she said she did not support the amendment because it put the Police Department under City Council control.

Commissioner Andrew Kozak said many people who have fought for years for equality and racial justice have come forward to say the amendment wasn't ready, and that they were never consulted.

“They are the people most affected by police misconduct ... and I think I'm going to listen to them,” he said.