This year, without a centralized team of senior leaders, perhaps the largest protest movement in U.S. history has been unfolding nationwide since the May 25 death of George Floyd at the hands of Minneapolis police

What sort of staying power does it take for a protest movement to be judged a success?

This year, without a centralized team of senior leaders, perhaps the largest protest movement in U.S. history has been unfolding nationwide since the May 25 death of George Floyd at the hands of Minneapolis police. By some calculations, more than 15 million Americans have taken part — decrying racial injustice, reinforcing the message of Black Lives Matter.

There’s no way to know now what the movement’s legacy will be — whether it will wither or compel major breakthroughs in curbing racism and inequality. But at this moment, other major protest movements of the past — both in the United States and elsewhere — can offer clues about what endures or what, at least, leaves a tangible legacy.

“It’s important to see the changes over time and not be discouraged,” says Beth Robinson, a history professor at Texas A&M-Corpus Christi.

By some measures, it took the women’s suffrage movement in the United States more than 70 years before it won voting rights for American women. In the late 1980s, HIV/AIDS activists motivated by anger and fear made huge advances in just a few years thanks to a confrontational protest campaign.

The U.S. civil rights movement of the 1950s and 1960s achieved monumental changes over a 15-year period, including landmark federal laws. Yet racism and discrimination remain pervasive problems today.

Journalist Tuck Woodstock has been on the ground in Portland covering protests in the city, and putting their own safety in danger to do so. Woodstock joined LX News to talk about the importance of independent and volunteer journalists to tell this story, and what they are seeing on the streets.

“After Martin Luther King was assassinated, the movement kind of fractured and lost momentum,” says Tyler Parry, a professor of African American history at the University of Nevada-Las Vegas. “After the major laws were passed, many white Americans felt that was adequate.”

The civil rights movement had some fundamental assets that helped sustain it, according to James Ralph, a Middlebury College historian. It had multiple prominent leaders in addition to King, and multiple national organizations that generally agreed on key goals even as they sometimes differed on tactics. That approach produced such tangible successes as the Civil Rights Acts of 1964 and 1968, and the Voting Rights Act of 1965.

This year’s protest movement has mobilized larger numbers of people and is more diverse. But it’s too early to gauge what tangible results it will achieve. Parry advises the new wave of activists to maintain the multiracial nature of the movement and work doggedly at every level to address inequities.

“What the modern movement needs to do is not be complacent if one or two things change,” says Parry, who advises both depth and endurance: “If you destroy a few Confederate monuments, don’t stop there.”

Protest movements have been at the core of U.S. history since before independence, and the American Revolution itself commenced after a more than decade of protests against British-imposed taxes. Over the ensuing decades, there was scarcely a lull.

The Revolutionary War had barely ended when, in 1791, the Whiskey Rebellion flared — a multistate protest against a liquor tax imposed by the new federal government. Anti-slavery protests hastened the outbreak of the Civil War. The Seneca Falls convention in 1848 is widely viewed as the launch of the women’s suffrage movement, yet women didn’t gain the right to vote until ratification of the 19th Amendment in 1920.

Compared to that long struggle, the protests of HIV/AIDS activists achieved tangible goals within a few years of organizing in the 1980s. Activists staged “die-in” demonstrations, provoked mass arrests, and in 1988 converged by the hundreds outside the Food and Drug Administration’s headquarters for day-long acts of civil disobedience.

Dr. Paul Zeitz, an author and human rights advocate, says that the U.S. needs to go beyond police reform to tackle the systemic racism at the core of the

In response, the FDA agreed to speed testing and approval of new therapies — a key step in curbing the high death toll from AIDS. Activist Larry Kramer, who died in May, said the protesters’ sense of rage made a difference.

“Until you have anger and fear, you don’t have any kind of an activist movement,” he told Metro Weekly, a Washington-based LGBT publication, in 2011.

Assessing the march’s impact is difficult. With Trump in office and Republicans controlling the Senate, there’s been no breakthrough legislation on reproductive rights, immigration or other issues. Yet the mobilization lent strength to the MeToo movement, which began nine months later and caused hundreds of prominent men facing sexual misconduct allegations to lose jobs and reputations.

Some protest movements are short-lived but leave enduring legacies. Consider the Occupy Wall Street movement that emerged in New York City in 2011. It was criticized for lacking racial diversity and a specific agenda yet helped change the discourse about economic inequality with its “We are the 99%” slogan and denunciations of the wealthy 1%.

Nelini Stamp, a director of strategy and partnerships for the Working Families Party, cites Sens. Elizabeth Warren and Bernie Sanders and U.S. Rep. Alexandria Ocasio-Cortez as politicians whose economic platforms reflect the spirit of the New York protest.

In 2006, millions turned out to protest legislation in Congress seeking to classify undocumented immigrants as felons, and penalizing anyone who assisted them. The bill passed the U.S. House but died in the Senate.

The 2015 Baltimore protests after Freddie Gray’s death in police custody inspired Kimberly Latrice Jones to co-author the book “I’m Not Dying with You Tonight” with Gilly Segal. Now she hopes it will help kids struggling with current events.

Chris Zepeda-Millán, a professor at UCLA in the departments of Chicana/o studies and public policy, credits the protests for stopping the bill and encouraging voter registration among Latinos. But he said the protests also intensified congressional polarization, dimming prospects for any immigration overhaul and citizenship for undocumented immigrants.

Congress also failed to pass tough new gun-control measures in the aftermath of the massive March for Our Lives protests organized in 2018 by students from the Parkland, Florida, high school, where a gunman killed 17 people. Nonetheless, gun-control activists have taken credit for numerous election victories, notably helping Democrats take control of Virginia’s legislature in 2019.

One advantage for U.S. protest movements: Government security forces generally permit them to mobilize. The recent deployment of federal tactical teams in Portland, Oregon, outraged protesters and Oregon officials but has been the exception, not the norm.

Outcomes can be different in other parts of the world. Hong Kong has a long tradition of public demonstrations dating from its days as a British colony. Many of its people strongly supported the 1989 student-led pro-democracy protests in Beijing’s Tiananmen Square.

Until this year, marches and candlelight vigils were held annually to commemorate victims of the military crackdown, and hundreds of thousands turned out to oppose moves by Beijing to impose its political will on the city. More recently, however, protest activity has been tamped down since Beijing enacted a sweeping security law banning speech seen as promoting secession.

In 2011, a fruit seller in Tunisia who died after setting himself afire to protest economic conditions touched off a mass uprising against autocrats in the Arab world — what became the Arab Spring.

There were inspirational moments, notably in Cairo’s Tahrir Square, where hundreds of thousands of people converged in daily protests, televised globally, that eventually pressured strongman Hosni Mubarak into stepping down. 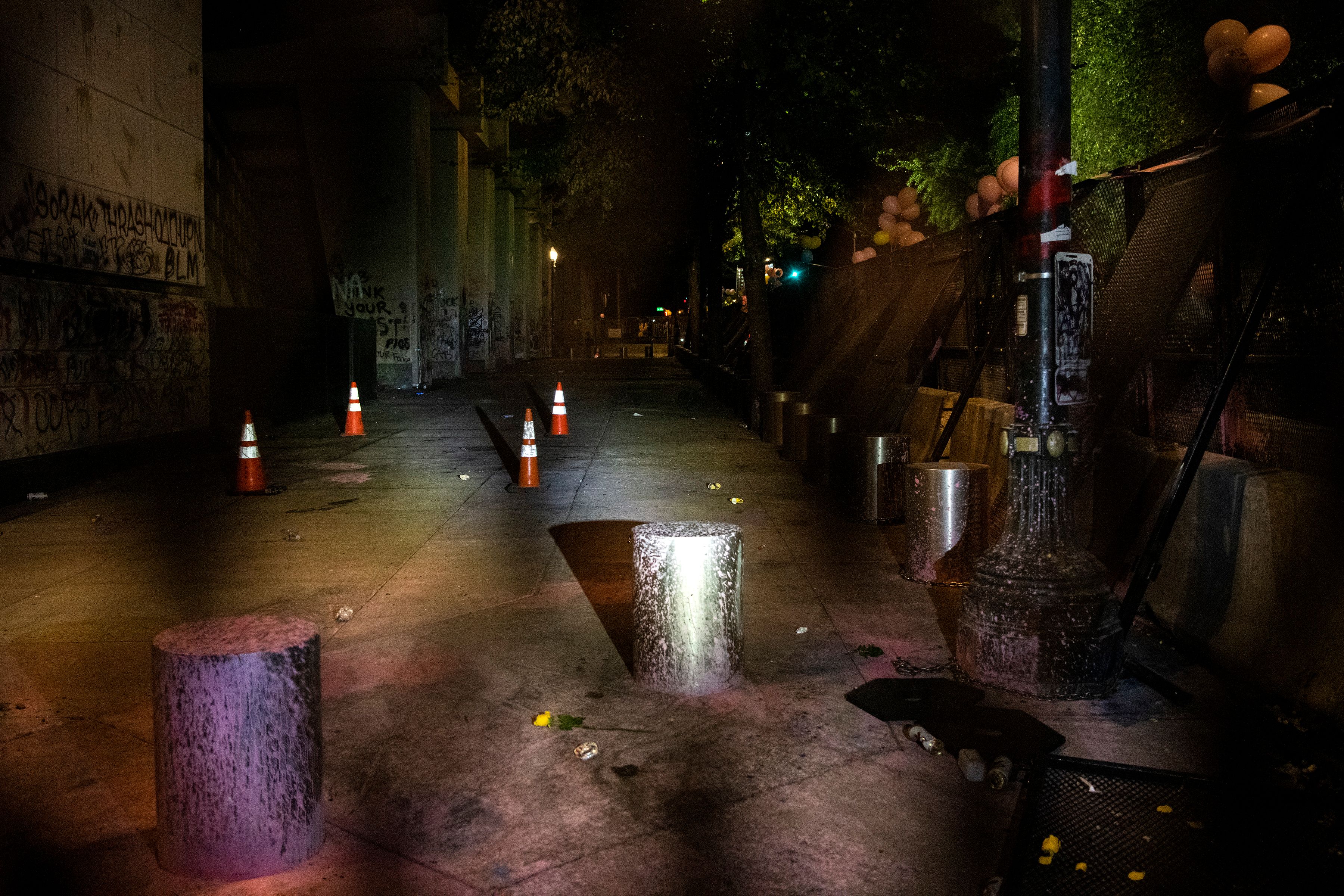 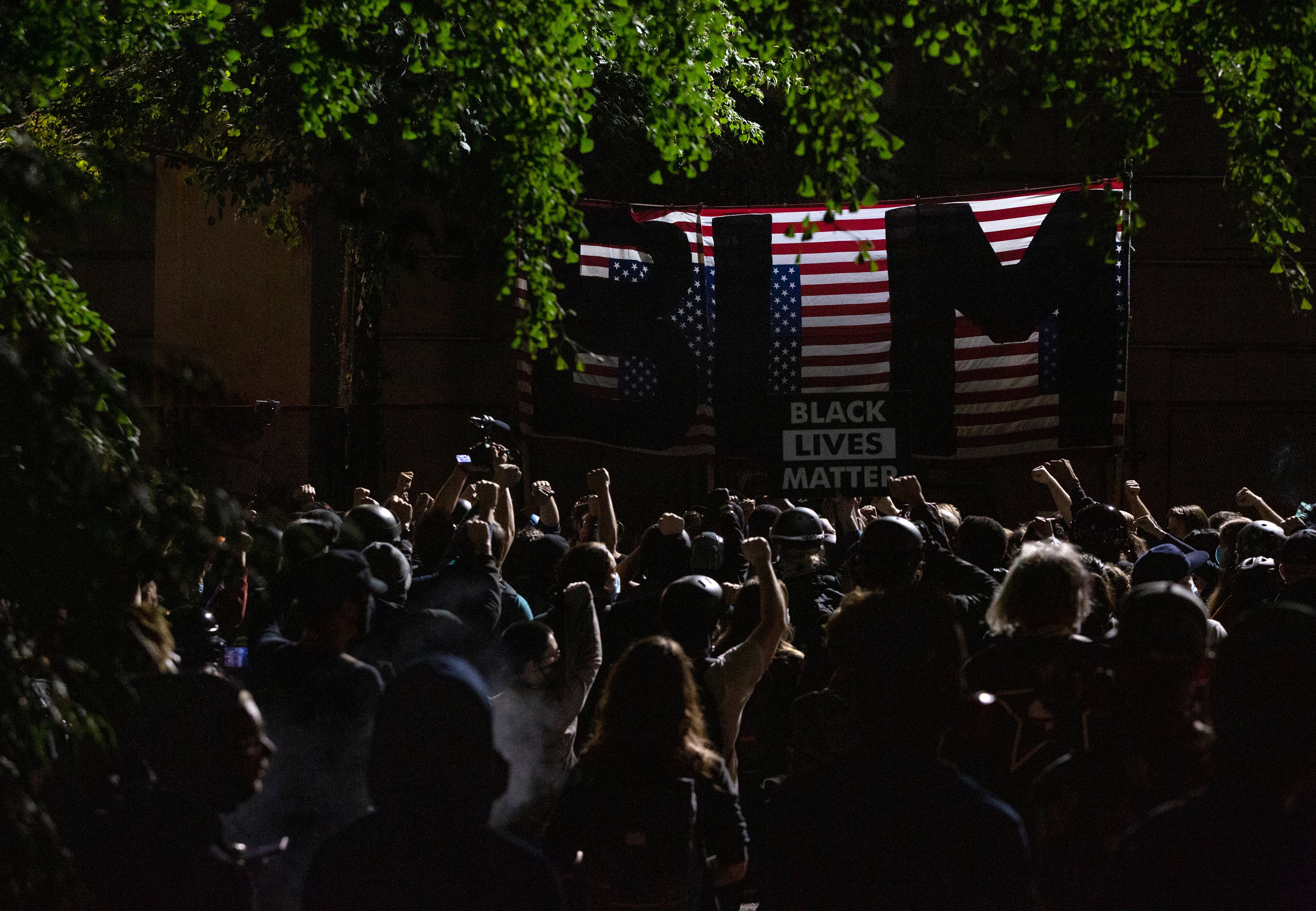 However, subsequent turmoil brought to power general-turned-politician Abdel-Fattah el-Sissi, whose government has muffled dissent. Uprisings in Libya and Syria — once unthinkable street protests against dictators — turned violent. Hundreds of thousands have died in Syria, while Libya after the fall of Moammar Gadhafi is an ungovernable, dangerous mess.

Texas A&M's Robinson emphasizes that protest movements produced many of the freedoms and protections Americans treasure — including several Depression-era initiatives undertaken during President Franklin D. Roosevelt’s New Deal. Yet, she says, those reforms didn’t fully benefit women or people of color, setting the stage for the new wave of dissent from the 1950s through the 1970s.

“With protest movements, it’s three steps forward, two steps back,” Robinson says. “We all want this perfect victory, to close the book and say that oppression is over ... but it’s unlikely that those are going to be achieved completely.”

She adds: “It’s always going to be a long march to justice.”