"I am not going to be President-elect Biden's nominee for HHS secretary," she said at a press conference. "My focus is right here in Rhode Island, as I've said. I'm working 24-7 to keep Rhode Islanders safe and keeping our economy moving."

A transition official told NBC News' Peter Alexander this week Biden could soon announce his health team, which would include HHS secretary, director of the Centers for Disease Control and Prevention and a COVID czar.

Former Surgeon General Vivek Murthy was also considered a leading choice for the HHS position, according to NBC News.

Meanwhile, Raimondo said her administration was expecting some 29,000 doses of coronavirus vaccines by the end of the year, which were expected to go first to health care workers, front line workers and high-risk people with underlying health conditions.

Some 10,000 doses of Pfizer's vaccine was expected to arrive in the state in the "next few weeks," followed shortly after by some 19,000 doses of Moderna's vaccine, she said.

Raimondo warned, however, that vaccines would "trickle in" over the course of months, and urged people to continue to follow social distancing guidelines to slow the spread of the virus.

She issued an urgent plea for any available health care workers to volunteer to work at one of the state's coronavirus field hospitals and other hospitals, saying COVID-19 patients could soon overwhelm the system.

Raimondo said the state had begun offering temporary licenses to retired health care workers, visiting medical workers and others in a bid to fully staff field hospitals in Cranston and Providence.

"I'm asking you to suit up and help you out," she said. "Calling all health care workers in Rhode Island."

The field hospitals have a combined capacity of some 900 beds. Raimondo, however, warned that the state does not have enough medical staff to care for that number of patients.

Those interested in applying to work can do so here.

Raimondo said she had yet to decide whether to lift the state's two-week pause on many economic activities, which took effect Monday in a bid to slow the spread of COVID-19.

The governor said traffic data showed people were traveling less and that bars had closed, saying she hoped those changes would lead to a decrease in cases.

"I'm watching the data every single day," she said. "If it continues to look like this, mobility goes down, bars are closing, people are staying home, I would like to, and have intention to, at the end of the two weeks slowly dial the economy back up.

"But today, I don't know. We have to see if people keep following the rules."

Half of those funds -- $50 million -- will go to businesses that would otherwise close or be severely impacted during the pause. Such businesses are eligible for up to $50,000 in grants based on the amount of revenue they expect to lose.

The other half will provide an additional $400 over two weeks to Rhode Islanders receiving unemployment during the pause; as well as additional support for low-income people.

Raimondo hoped the state would begin distributing relief checks within a week. Applications can be submitted at the Division of Taxation website.

Rhode Island Gov. Gina Raimondo announced on Thursday the state would institute a two-week pause starting at the end of November to help slow the spread of COVID-19 in the state.

Last week, the governor also announced her administration was "dramatically increasing" the number of tests available through the state-run system so that every resident with symptoms would be able to be tested within a day.

She said every Rhode Islander would be able to get tested through the state's portal, including asymptomatic people, as of last week. To accommodate demand, the state will increase the number of rapid tests in the state. 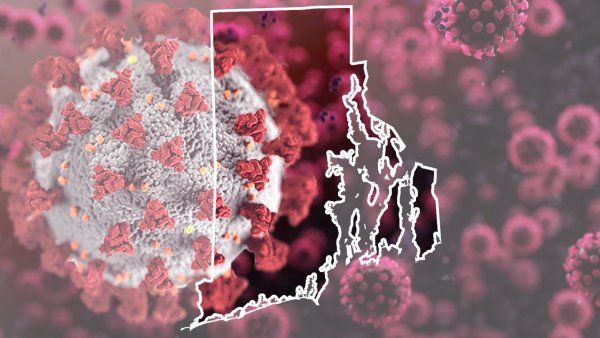 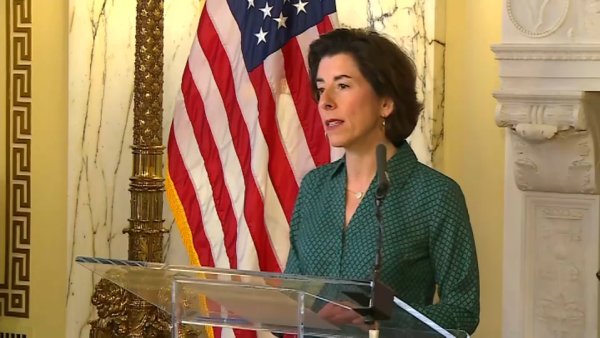