"While no one was fired last night and if they want it, everyone’s job remains intact, we understand emotions are high"

An Ohio-based restaurant chain's decision to close several locations after a group of employees refused to fulfill an order for law enforcement officers has been met with both praise and criticism from customers.

On Monday, the Polaris location of a Condado Tacos in Columbus received a large catering order from the Ohio State Highway Patrol department. Amid national demonstrations protesting police brutality, several employees told management that they felt "uncomfortable" filling the order. After a handful of workers later claimed that a district manager threatened to fire them over the incident, Condado Tacos took to social media to announce it would temporarily be closing several Columbus locations to address the issue.

In a statement posted to Instagram Tuesday, the taco chain (which operates almost 20 locations), addressed the evolving situation.

"Management communicated that any team members who were uncomfortable did not have to work on the order," the chain said. "A few team members chose not to complete their work shifts. While no one was fired last night and if they want it, everyone’s job remains intact, we understand emotions are high."

The chain confirmed that the officers did eventually receive their order and also pledged that it would be making "donations and other efforts that we are making to support movements and efforts to achieve racial equality."

On Monday night, Jake Widdowson, who claimed to be a former Condado Tacos employee, took to Twitter to share that they had been fired following the incident.

"today me and my AKM were fired from Condado by the district manager for refusing to make 500 tacos for the highway patrol. I regret nothing," Widdowson posted.

While representatives from the taco chain confirmed to Eater that workers did stage a walkout at the Polaris location, they "dispute the claim that anyone was fired."

A representative from Condado Tacos was not immediately able to address Widdowson's claims with TODAY.

People on social media have expressed mixed reactions to the chain's handling of the incident, as well as the restaurant's public support for Black Lives Matter.

"I don’t view the refusal to serve cops any differently than I would refusal to serve a certain ethnicity or certain sexual preference. It’s flat out wrong. All is discrimination, it can’t go one way without it going the other," one person commented on Instagram. 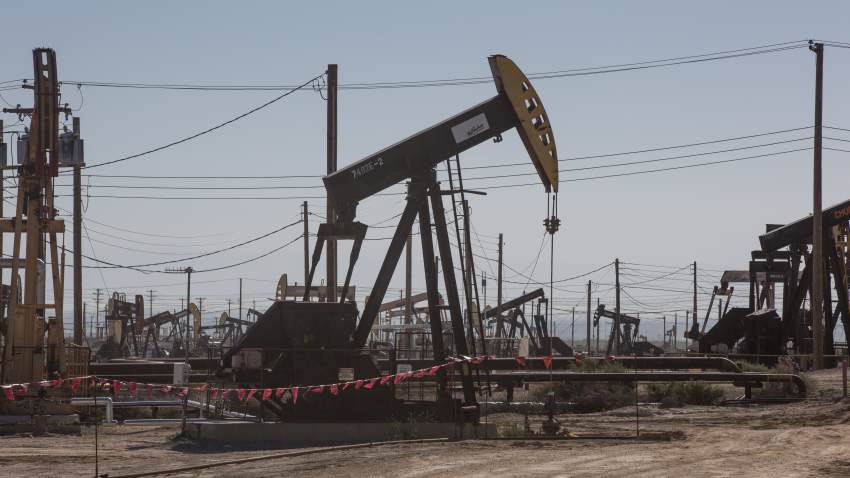 Biden: ‘We Can't Wait Any Longer' to Address Climate Crisis

Virus Will Kill Many More, WH Projects as Briefings Resume

"i used to love you guys but you really missed the mark on this. I’m super disappointed," said another.

Others said they felt the chain was doing the right thing under the circumstances.

"Another reason why we LOVE your business so much," said one commenter.

In addition to addressing the incident on Instagram, Condado Tacos reiterated its commitment to providing a safe environment for employees and customers of all backgrounds.

"Condado was built as a place for everyone, without judgment or fear. A place where originality and being unique are embraced. We are also a family that cares for and about each other," the post began. "From the first day we opened our doors, we have included all people as employees and as guests in the Condado world. We want to be clear that we stand against racism — always have and always will."

A reopening date for the shuttered restaurants has not yet been disclosed, but the company said it hopes the temporary closures "allow room for conversation between our team."