A 6-Year-Old Girl Lost Her Special Teddy Bear on a National Park Trail. Through Persistence, Luck and Social Media, They're Back Together

Naomi Pascal's teddy bear had been with her since she was adopted from an Ethiopian orphanage, and thought it was gone forever.

A little girl who lost a special teddy bear she'd had since being adopted from an Ethiopian orphanage thought it was gone forever when she forgot it along a trail in Glacier National Park last year.

Her parents and family friends still held onto a glimmer of hope.

Thanks to a social media plea, the sharp eyes and soft heart of a park ranger and the closure of a hiking trail because of grizzly bear activity on the same day a family friend visited the park, the teddy bear is back in the arms of 6-year-old Naomi Pascal in Jackson, Wyoming.

The bear's return, which has earned 12,000 likes on the Glacier National Park Facebook page, is a beautiful story that resonates, said Ben Pascal, Naomi’s dad and the senior pastor at the Presbyterian Church of Jackson Hole, a popular ski town south of Grand Teton National Park in Wyoming.

“It was just a story of hope and kindness and people just working together,” Pascal said. "It touched people’s hearts. It gave ’em hope. It made ’em feel like there is good in the world, which I believe there is.”

Teddy was the first gift Ben and Addie Pascal sent to Naomi before she was adopted in 2016. She took Teddy with her on family trips to Ethiopia, Rwanda, Croatia and Greece.

When Pascal took his kids to Montana in October 2020, Teddy was once again along for the adventure. While Pascal and a friend of his went on a hike in Glacier National Park, family friend Terri Hayden watched the kids. They were almost back to Hayden’s home in Bigfork that night when they realized they didn’t have Teddy.

It snowed overnight, closing the higher elevations of the park for the season and preventing Hayden from returning to search for Teddy. She made a report to park officials, hoping someone might turn in the bear to a lost-and-found.

It wasn’t too long before Ranger Tom Mazzarisi, a bear specialist in Glacier, spotted the stuffed bear, soaking wet and sitting in melting snow near the Hidden Lake Trail while he and two others were doing some end-of-season work.

“Typically, items that aren’t worth much monetarily get thrown out,” Mazzarisi said. He was unaware the stuffed animal had been reported lost, but for some reason couldn’t bring himself to dump it in the trash.

Teddy “hibernated” in Mazzarisi’s cabin in St. Mary and when Mazzarisi returned to work in April he “immediately put him on the dash of my patrol truck."

“It was a perfect little mascot” and conversation piece, Mazzarisi said. 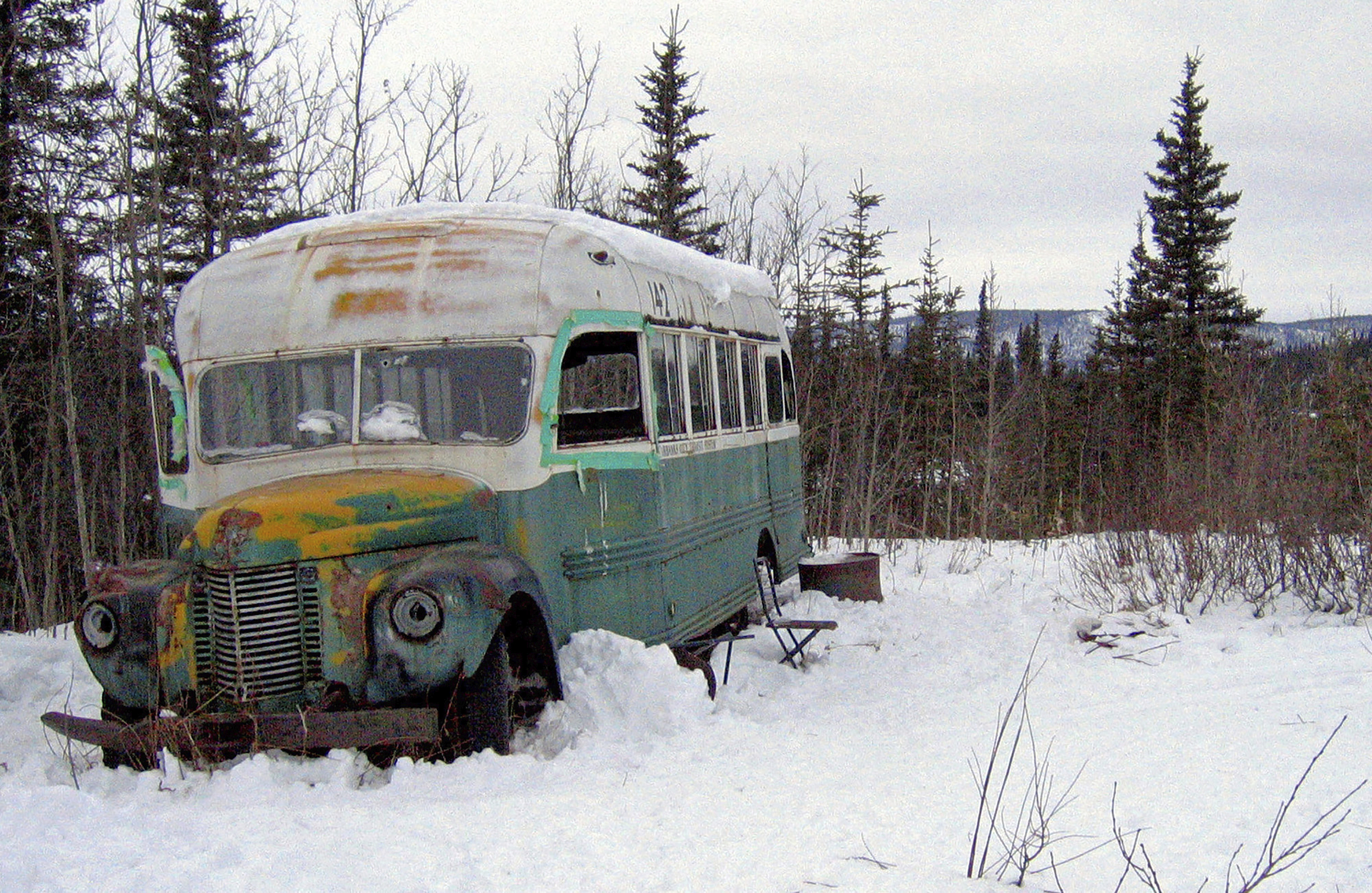 ‘Into the Wild' Bus on Display in Alaska During Preservation Work

Teddy had a busy spring and summer, watching wolves howl at each other and working “bear jams,” which are traffic jams caused by bears being near the road, Mazzarisi said.

In June, Addie Pascal posted a plea on Facebook for help finding Teddy, saying: “He’s been by her side for so many milestones. But there are many more adventures to be had!”

People responded with well wishes and offers of replacement bears. A Michigan woman posted a photo she took of Teddy on the day it was lost, saying it was the only bear she saw in the park.

Hayden, meanwhile, felt bad about the loss of Naomi’s special bear. So when she and some family members went to Glacier in late September, she told them about it and stopped to check on potential lost-and-found sites.

“I’m a woman of faith,” Hayden said. “And that morning I said, ‘OK Lord, if this bear is around, please put that bear in my path and let me come home with that bear today.’”

That's exactly what happened when Hayden and her adult niece, a photographer with cancer, spotted a stuffed bear in a ranger’s truck after being turned back from a trail that was closed due to bear activity.

She took a picture and sent it to Addie Pascal, who quickly confirmed it was Teddy.

Unfortunately, the ranger’s truck was locked. It was Mazzarisi’s day off and another ranger who was working on the trail had the keys. They left a note on the vehicle and found other rangers.

“I run up to these rangers and I’m hyperventilating,” Hayden said. “And I’m going, ‘There’s a truck down at the trailhead and there’s a bear sitting on the dashboard.’”

They knew about the bear, confirmed where it had been found and soon returned Teddy to Hayden along with a junior park ranger badge and a ranger hat.

Hayden shipped the bear to Naomi, who said she was really excited when she got Teddy back.

Hayden bought another stuffed bear for Mazzarisi. He named her Clover, he said, because she reminds him of a grizzly bear he saw in Yellowstone National Park that would lay on her belly in a clover patch and eat.

Clover is wintering at Mazzarisi’s cabin in St. Mary. Next spring, she’ll ride in his truck.