Gliding over significant challenges still to come, President Donald Trump on Friday offered a rosy update on the race for a vaccine for the resurgent coronavirus as he delivered his first public remarks since his defeat by President-elect Joe Biden. He still did not concede the election.

Trump spoke from the the Rose Garden as the nation sets records for confirmed cases of COVID-19, and as hospitalizations near critical levels and fatalities climb to the highest levels since the spring. He said a vaccine would ship in “a matter of weeks" to vulnerable populations, though the Food and Drug Administration has not yet been asked to grant the necessary emergency approvals.

Public health experts worry that Trump’s refusal to take aggressive action on the pandemic or to coordinate with the Biden team during the final two months of his presidency will only worsen the effects of the virus and hinder the nation’s ability to swiftly distribute a vaccine next year.

Intelligence and military experts are sounding the alarm on the Trump administration’s refusal to cooperate with President-elect Joe Biden’s transition team.

As states impose new restrictions in the face of rising caseloads, Trump asked all Americans to remain “vigilant." But he ruled out a nationwide “lockdown" and appeared to acknowledge that the decision won't be his much longer.

Biden, for his part, has not endorsed a nationwide shutdown, but he appealed for Trump to take “urgent action” to curtail the spread of the virus. “The crisis does not respect dates on the calendar, it is accelerating right now,” he said in a statement Friday.

Trump said vaccines would “arrive within a few weeks,” saying they were ready and merely awaiting approval — and would be given “to high-risk individuals right away.” In fact, there’s no guarantee that Pfizer’s shot, the front-runner, will get rapid authorization for emergency use. Even if it does, there’s no information yet indicating if the vaccine works in older adults or just younger, healthier adults. Nor does Pfizer have a large commercial stockpile already poised to ship; initial batches of shots would be small and targeted to certain still-to-be-determined populations.

Trump took no questions Friday from reporters. He hasn’t answered questions since before Election Day.

Meanwhile, his campaign prediction that the U.S. was “rounding the turn” on the pandemic has met a harsh reality, with his own White House becoming the focus of yet another outbreak.

Trump’s aggressive travel despite the virus has taken its toll on his protectors as well. The U.S. Secret Service is experiencing a significant number of cases, many believed to be linked to his rallies in the closing days of the campaign, according to one official.

Gabriel Sterling, who oversees Georgia’s voting systems, gave an update on Tuesday on the state’s recount efforts. Sterling also gave a warning to anyone considering moving to Georgia to vote in the two senate seat runoffs: “If you want to move to Georgia and be part of the number one state in America to do business, we’re happy to have you… [but] don’t game our system.”

White House press secretary Kayleigh McEnany, meanwhile, said Trump is “not even at that point yet” when it comes to conceding to Biden. Trump has leveled baseless allegations of widespread voter fraud, even as his own administration has said there is no evidence to support the claims. His aides suggest he is merely trying to keep his base of supporters on his side in defeat.

Trump spoke with conservative media on Friday, including Fox News' Geraldo Rivera, suggesting he would acknowledge the loss only after exhausting his legal options.

With more than 100,000 new confirmed U.S. cases reported daily for more than a week, Trump has been more focused on tracking the rollout of a vaccine, which won’t be widely available for months. He has fumed that Pfizer intentionally withheld an announcement about progress on its vaccine trial until after Election Day, according to a White House official who was not authorized to publicly comment and spoke on condition of anonymity. Pfizer itself did not receive the preliminary results from its independent study monitors until that group met five days after the election.

The 2020 election wasn’t just about Donald Trump and Joe Biden. Ballot initiatives across the country had real-world consequences for millions of people. NBCLX storyteller Eric Rodriguez breaks down some big moves in weed, the minimum wage and gig worker benefits.

Dr. Moncef Slaoui, head of Operation Warp Speed, the effort to get a vaccine to market as speedily and safely as possible, vouched for the safety of the vaccines in development. “While we are not there yet, we are close to the objective” to having a vaccine ready for deployment by the end of the year, he said.

Trump, aiming to settle political scores, said he would not ship vaccines to hard-hit New York until Democratic Gov. Andrew Cuomo signs off, noting that the state has promised to do its own review to ensure their safety. “The governor will let us know when he’s ready," Trump said.

Cuomo in a CNN interview pushed back, saying New York is one of several states that set up their own scientific panels to give residents greater confidence to take the vaccine if it is safe to use. He accused Trump of "politicizing the process." Sixty-two percent of respondents in a September Kaiser Family Foundation poll said they are at least somewhat worried that political pressure from the Trump administration would lead to the FDA rushing to approve a vaccine without making sure that it is safe.

“As soon as they get us the drug, we are ready to distribute it," Cuomo said. 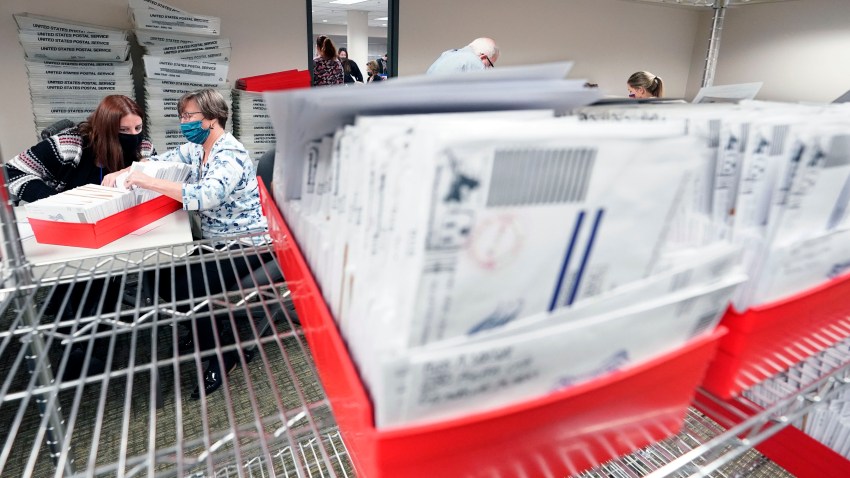 Top Officials: Nov. 3 Election Most Secure in US History 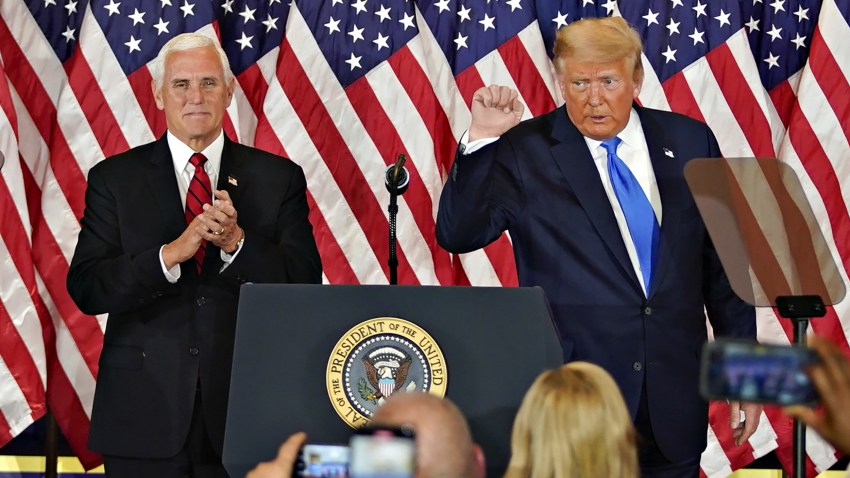 The president has consistently played down the pandemic, which has killed more than 240,000 Americans and infected more than 10 million people in the U.S.

Biden, for his part, largely framed the election as a referendum on Trump’s handling of the pandemic. He has made addressing the virus his top priority as he moves forward with his transition. He spoke by phone Thursday with House Speaker Nancy Pelosi and Senate Minority Leader Chuck Schumer about the intensifying pandemic and prospects for passage of a COVID-19 relief bill in the lame duck session of Congress.

Incoming White House chief of staff Ron Klain said Biden will appoint a “COVID coordinator” who will lead the administration’s pandemic response. Klain, speaking on MSNBC Thursday night, said the individual will have “direct access” to the president and will brief him daily on the pandemic. A team of people underneath the coordinator will supervise vaccine distribution, address supply chain disruptions and improve access to testing.