A former Goldman Sachs executive who pivoted in the early 2000s to hedge fund management and movie production, he seemed an ideal emissary to Wall Street

She had voted for the president-elect on the belief that he would knock the moneyed elites from their perch in Washington, D.C. And she knew Trump's pick for Treasury, Steven Mnuchin, all too well.

OneWest, a bank formerly owned by a group of investors headed by Mnuchin, had foreclosed on her Los Angeles-area home in the aftermath of the Great Recession, stripping her of the two units she rented as a primary source of income. 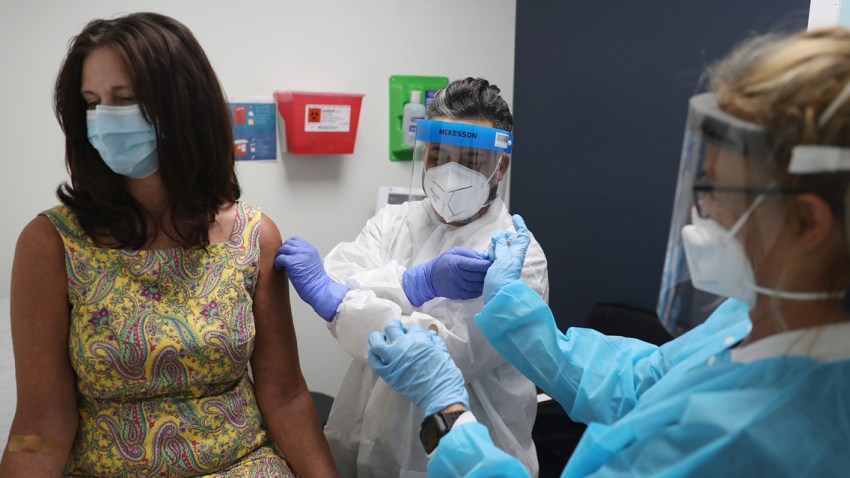 College Football in the Spring: When? How Much? Who Plays?

"I just wish that I had not voted," said Colebrook, 59. "I have no faith in our government anymore at all. They all promise you the world at the end of a stick and take it away once they get in."

Less than a month after his presidential win, Trump's populist appeal has started to clash with a Cabinet of billionaires and millionaires that he believes can energize economic growth.

The prospect of Mnuchin leading the Treasury Department drew plaudits from many in the financial sector. A former Goldman Sachs executive who pivoted in the early 2000s to hedge fund management and movie production, he seemed an ideal emissary to Wall Street.

When asked on Wednesday about his credentials to be Treasury secretary, Mnuchin emphasized his time running OneWest, which not only foreclosed on Colebrook but also thousands of others in the aftermath of the housing crisis caused by sub-prime mortgages.

"What I've really been focused on is being a regional banker for the last eight years," Mnuchin said. "I know what it takes to make sure that we can make loans to small and mid-market companies and that's going to be our big focus, making sure we scale back regulation so that we make sure the banks are lending."

But the prospect of Mnuchin leading the Treasury Department prompted Colebrook and other OneWest borrowers who say they unfairly faced foreclosure to contact The Associated Press. Colebrook wishes she could meet with Trump to explain why she feels betrayed by his Cabinet selection after believing that his presidency could restore the balance of power to everyday people.

"He doesn't want the truth," she said. "He's now backing his buddies."

The Trump transition team has been sensitive to preserving trust with its voters. Senior adviser Kellyanne Conway publicly warned that supporters would feel "betrayed" if former critic Mitt Romney was named secretary of state, for instance.

For Mnuchin, the fundamental problem stems from the Great Recession. His investor group was the sole bidders to take control of the troubled bank IndyMac in 2009. The group struck a deal that left the Federal Deposit Insurance Commission responsible for taking as much as 80 percent of the losses on former IndyMac assets and re-branded the troubled bank as OneWest.

The combination of OneWest's profitability, government guarantees and foreclosure activities drew the ire of activist groups like the California Reinvestment Coalition. It found the bank to be consistently one of the most difficult to work out loan modifications with even though OneWest never drew a major response from government regulators.

By June of 2014, five years after taking over OneWest, Mnuchin sold the bank for $3.4 billion at a tremendous profit.

Colebrook said she learned the hard way about OneWest's tactics, after the regional bank acquired her home lender, First Federal Bank of California, in late 2009.

In 1998, she bought a triplex for $248,000 in Hawthorne, California, not too far from Los Angeles International Airport.

She rented out two of the units and lived in the third. Colebrook refinanced her mortgage in order to renovate the property and help buy additional homes to generate rental income.

By the time the financial crisis struck in 2008, she had an interest-only mortgage on the triplex known as a "pick-a-payment" loan. Her monthly payments ran as high as $2,000 and only covered the interest on the debt. Then she got ensnarled in the economic downturn.

"All my tenants lost their jobs in the crash," Colebrook said. "They couldn't pay. It was a knock-on effect."

Over five years, she tried unsuccessfully to adjust her loan with OneWest through the Treasury Department's Home Affordable Modification Program. But she said that One West Bank lost paperwork, provided conflicting statements about ownership of the loan and fees and submitted charges that were unverified and caused her loan balance to balloon. By the time she lost her home in foreclosure in April 2015, the payoff balance totaled $517,662.

Colebrook said she is still challenging the foreclosure in court.

She now lives with her boyfriend in the small California city of San Luis Obispo. She volunteers at a homeless shelter, knowing that she could just as easily have ended up there.

"I cook at the homeless shelter because there but the grace of God go I."