Zelenskyy to UN: Remove Russia From Security Council or ‘Dissolve Yourself'

Ukraine's president told the U.N.'s most powerful body on Tuesday to remove Russia from the Security Council "so it can not block decisions about its own aggression," or "dissolve" themselves altogether if they are unable to hold Moscow accountable for war crimes.

"Either remove Russia as the aggressor or, if you can’t do anything, then dissolve yourself as an entity," President Volodymyr Zelenskyy said.

The Ukrainian leader made his plea via video as grisly evidence continued to emerge of civilian massacres carried out by Russian forces on the outskirts of Kyiv before they pulled back from the capital.

Zelenskyy criticized the 15-nation group tasked with maintaining international peace for failing to "secure security." Russia, which is a permanent member of the council, has exercised its veto to block UN action to stop and condemn Putin's attack on Ukraine.

Making his first appearance before the U.N.'s highest body, Zelenskyy said the Russian troops are no different from other terrorists like the Islamic State group. He showed the council brief video footage of bloody corpses that ended with the words “Stop Russian Aggression.”

He said the the atrocities in Bucha is "only one" example of Russian aggression in Ukraine over the last 41 days.

He said the Russian military must be brought to justice immediately for war crimes,  and called for a tribunal similar to the one that was set up at Nuremberg to try war criminals after World War II.

The grisly scenes of battered and burned bodies and evidence that some of the dead were bound and shot in the head have led Western nations to expel dozens more of Moscow's diplomats and propose further sanctions, including a ban on coal imports from Russia.

The head of NATO, meanwhile, warned that Russia is regrouping its forces in order to deploy them to eastern and southern Ukraine for a “crucial phase of the war," and said that more horrors may come to light as Russian troops continue to pull back in the north.

“When and if they withdraw their troops and Ukrainian troops take over, I’m afraid they will see more mass graves, more atrocities and more examples of of war crimes,” NATO Secretary-General Jens Stoltenberg said.

Ukrainian officials said the bodies of at least 410 civilians have been found in towns around Kyiv that were recaptured from Russian forces and that a “torture chamber” was discovered in Bucha.

Zelenskyy told the Security Council there was “not a single crime” that Russian troops hadn’t committed in Bucha.

“The Russian military searched for and purposefully killed anyone who served our country. They shot and killed women outside their houses when they just tried to call someone who is alive. They killed entire families, adults and children, and they tried to burn the bodies,” he said.

Police and other investigators walked the silent streets of Bucha on Tuesday, taking notes on bodies that residents showed them. Survivors who hid in their homes during the monthlong Russian occupation of the town, many of them past middle age, wandered past charred tanks and jagged window panes with plastic bags of food and other humanitarian aid. Red Cross workers checked in on intact homes.

Associated Press journalists in the town have counted dozens of corpses in civilian clothes. Many appeared to have been shot at close range, and some had their hands bound or their flesh burned. A mass grave in a churchyard held bodies wrapped in plastic.

High-resolution satellite imagery by commercial provider Maxar Technologies, meanwhile, showed that many of the bodies had been lying in the open for weeks, during the time that Russian forces were in the town. The New York Times first reported on the images showing the dead.

The Kremlin has denounced the images as fake and suggested the scenes were staged by the Ukrainians. But high-resolution satellite imagery from Maxar Technologies showed that many of the bodies had been lying in the open for weeks, during the time that Russian forces were in the town.

U.S. Secretary of State Antony Blinken said the images from Bucha revealed “a deliberate campaign to kill, to torture, to rape, to commit atrocities.” He said the reports of atrocities were “more than credible," and that the U.S. and other countries will seek to hold the culprits accountable.

“Only non-humans are capable of this,” said Angelica Chernomor, a refugee from Kyiv who crossed into Poland with her two children, and who had seen the photos from Bucha. “Even if people live under a totalitarian regime, they must retain feelings, dignity, but they do not.” 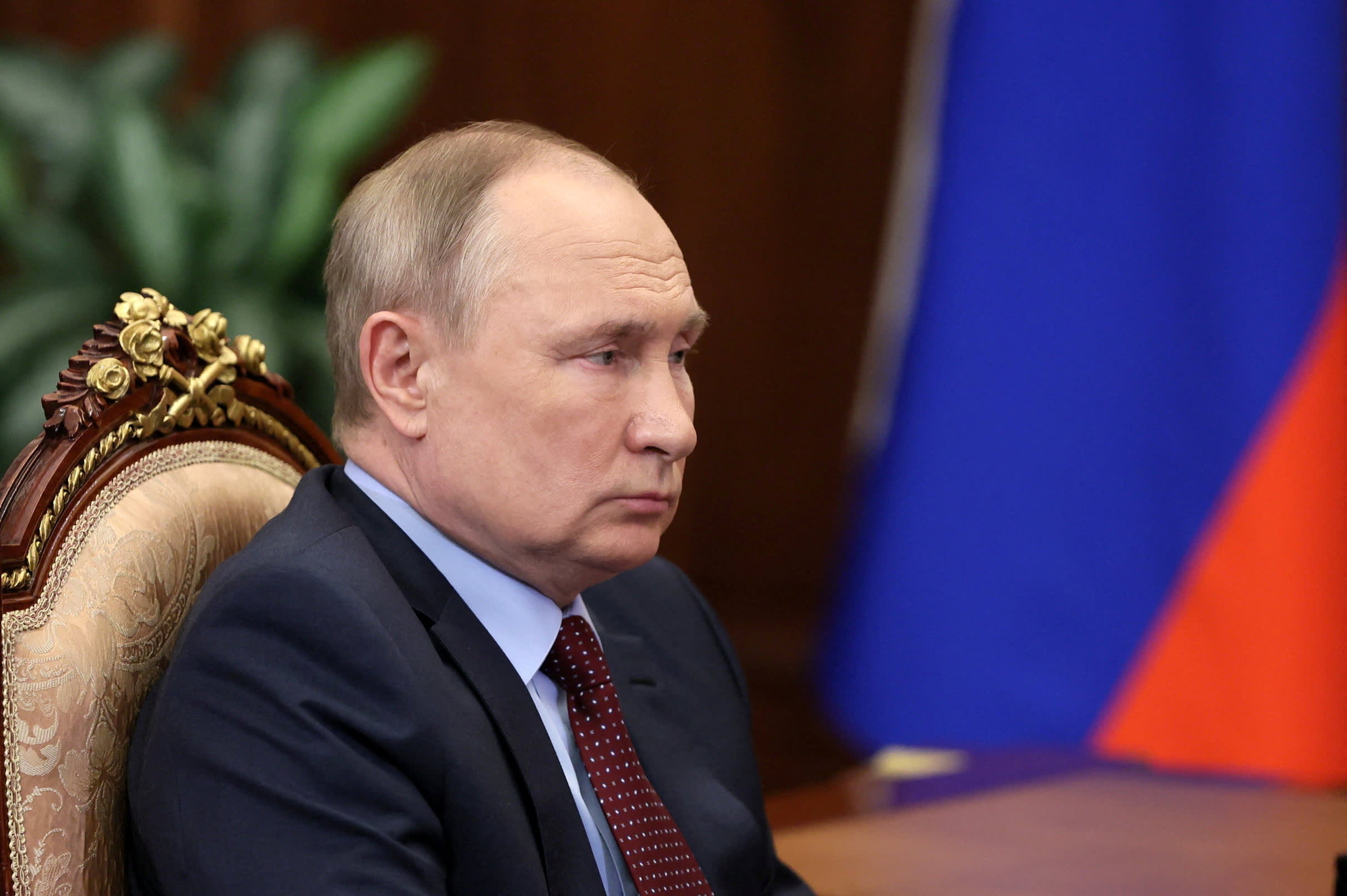 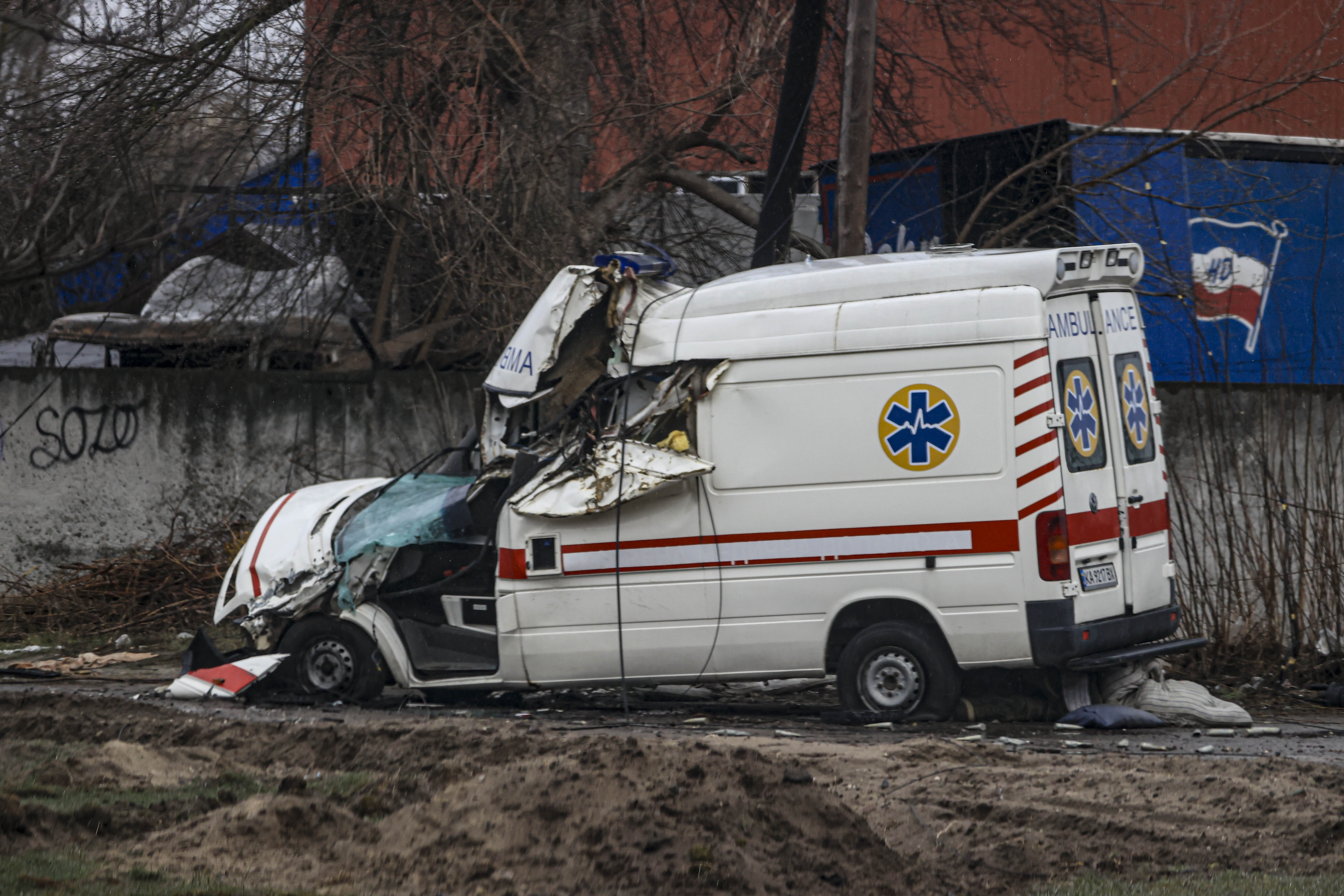 Chernomor is among the more than 4 million Ukrainians who have fled the country in the wake of the Feb. 24 invasion.

Russia has rejected similar accusations against its forces in the past by accusing its enemies of forging photos and video and using so-called crisis actors.

Kremlin spokesman Dmitry Peskov called the expulsions a “short-sighted” measure that would complicate communication and warned they would be met with “reciprocal steps.”

In another show of support, the European Union’s executive branch proposed a ban on coal imports from Russia, in what would be the first sanctions from the bloc targeting the country’s lucrative energy industry over the war. That coal imports amount to an estimated 4 billion euros ($4.4 billion) per year.

The 27-nation EU has been a steadfast backer of Ukraine since the Russian invasion began on Feb. 24 and has already pushed through four rounds of sanctions — but Ukrainians officials have begged for more.

Just hours before the latest proposal was announced, Ukraine's Foreign Minister Dmytro Kuleba said that to prevent “new Buchas” the West must impose the “mother of all sanctions” — on Russian oil and gas.

"A few months of tightening your belts are worth thousands of saved lives,” he said.

But Western nations are divided over how far to go. Some are calling for a boycott of Russian oil and gas imports, while Germany and others fear that such a move could plunge the continent into a severe economic crisis.

Here's What America is Doing to Aid Ukraine

There are roughly 12 million people in need across Ukraine following the Russian invasion, according to the U.N. and USAID. Here's a look at what the U.S. has sent in terms of humanitarian aid.

Note: Not all pledged government funding has been allocated yet
Source: USAID
Credit: Andrew Williams/NBC

Western weapons have enabled Ukraine to mount a stiffer than expected resistance to Russia’s overwhelming firepower. That resistance stopped Russian forces from overrunning the capital and other cities, and many troops have now withdrawn from areas around Kyiv.

But Western and Ukrainian officials say Russia is merely regrouping for another offensive.

“Moscow is not giving up its ambitions in Ukraine,” NATO's Stoltenberg said. “We expect a further push in the eastern and southern Ukraine to try to take the entire Donbas and to create a land bridge” to the Crimea Peninsula, which Russia annexed in 2014. Russia-backed separatists in the Donbas have been fighting Ukrainian troops for the last eight years.

Yuras Karmanau in Lviv, Ukraine; Edith Lederer at the United Nations; Lolita Baldor in Washington and Associated Press journalists around the world contributed to this report.