The U.S. is currently testing more than a million people a week for COVID-19

Despite a massive effort, the nation faces "truly daunting" challenges to deploy millions of coronavirus tests to safely re-open the economy, the head of the National Institutes of Health told lawmakers Thursday.

NIH Director Francis Collins told the Senate Health, Education, Labor and Pensions committee that government and private industry have launched a $2.5 billion, taxpayer-funded effort to develop, manufacture and distribute technology capable of accurately testing millions of people a week by the end of the summer or the fall, before the annual flu season.

Widespread availability of testing is seen as critical to reopening the economy because it would allow public health officials to identify and contain a rebound of the virus. It remains a high bar to clear.

"I must tell you, senators, that this is a stretch goal that goes well beyond what most experts think will be possible," Collins said. "I have encountered some stunned expressions when describing these goals and this timetable to knowledgeable individuals. The scientific and logistical challenges are truly daunting."

Nonetheless, Collins said "the track record of American ingenuity" gives him optimism. More than three months into the epidemic, the lack of testing is widely acknowledged as a central failing in the nation's response.

The issue has dogged the White House for weeks. President Donald Trump takes credit for the fact that testing has ramped up dramatically since the early days of the outbreak, when a test from the Centers for Disease Control and Prevention ran into numerous problems.

But sometimes he also seems uneasy about testing.

"We do, by far, the most testing," he told reporters on Wednesday. "If we did very little testing, we wouldn’t have the most cases. So, in a way, by doing all of this testing, we make ourselves look bad."

The U.S. is currently testing more than a million people a week for COVID-19 and White House coronavirus adviser Dr. Deborah Birx has said that weekly number should rise to 2 million or 2.5 million by the middle of June.

But some experts say a million tests per day are needed, or more.

"To test every nursing home, and every prison, everyone in an operating room, and some entire classes and campuses and factories, teams at sports events, and to give those tests more than once, we will need millions more tests," agreed committee chairman Sen. Lamar Alexander, R-Tenn. "This demand will only grow as the country goes back to work." 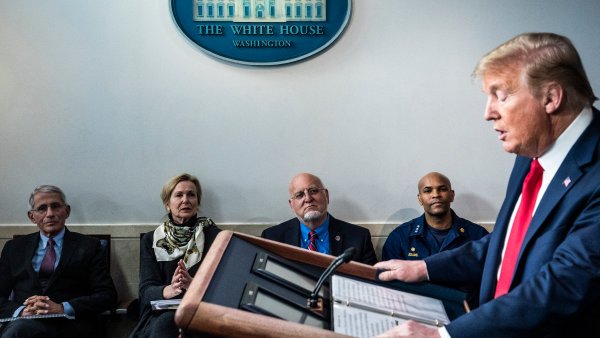 U.S. Centers for Disease Control and Prevention May 8, 2020 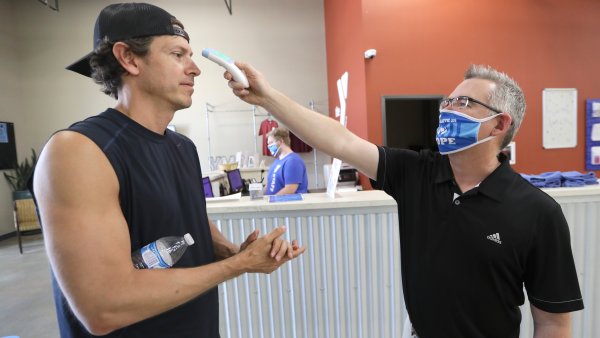 Sen. Patty Murray of Washington, the ranking Democrat on the panel, put the blame on Trump for persistent problems with testing.

"The problem isn’t a lack of innovation—it’s a lack of national leadership, and a plan from the White House. And when it comes to testing, this administration has had no map, and no one at the wheel."

Congress provided NIH with $1.5 billion to develop tests. To help private industry quickly produce and distribute tests that meet NIH standards, lawmakers gave another $1 billion to the Biomedical Advanced Research and Development Authority. Known as BARDA, that agency is under scrutiny after its director alleged he was ousted for opposing widespread use of a a malaria drug promoted by Trump to treat coronavirus patients.

Collins said the goal is to have highly accurate tests that can provide quick results at the "point-of-care," such as a doctor's office or a community health clinic. A special effort is being made to expand testing in minority communities that have taken the brunt of virus deaths.

Many of the currently available tests require processing by a central laboratory to get results. Medical technology giant Abbott already has a point-of-care test available. But Collins said there's a limited supply of the machines, and that they can sometimes fail to detect a patient who is positive. He said Abbott is working to improve its test, but that he thinks NIH might be able to do better.

NIH has set up what Collins calls a "shark tank" process to quickly identify promising technologies, and test them. Within the agency, the initiative is formally called Rapid Acceleration of Diagnostics, or RADx. It was launched just last week.

Wildlife all over the world has adapted during the pandemic to seeing fewer people. In California, endangered sea otters have likely benefited from fewer human disturbances. But as shelter-at-home restrictions begin to relax and desperation for outdoor recreation grows, sea otters could be at risk from an influx of people.

NIH scientists, along with their counterparts in industry and academia, are looking into tests that can use different types of samples, from nasal swabs, saliva, blood, or exhaled breath.

They're also looking at antigen tests, a form of rapid test that can detect active infection. With time and effort such tests can be modified to be done at home, Collins said, but accuracy has traditionally been a problem.

NIH has received more than 1,000 applications putting forth different ideas.