A 40-year-old Virginia man faces kidnapping and abduction charges after grooming a 12-year-old California girl over the internet for weeks, then trying to fly her across the country, authorities say.

The man charged, Nathan Daniel Larson of Catlett, Virginia, is a known white supremacist and advocate for pedophilia, authorities say. He is also accused of running a website with child sex exploitation materials.

Due to his “sophisticated” methods of grooming, authorities are concerned there may be more victims, the Fresno County Sheriff’s Office said. 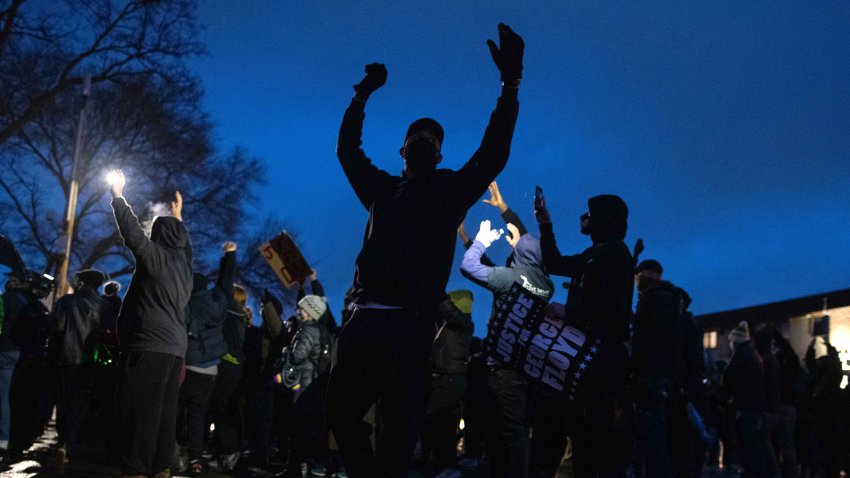 Protest After Minn. Police Chief Says Officer Meant to Use Taser, Not Gun 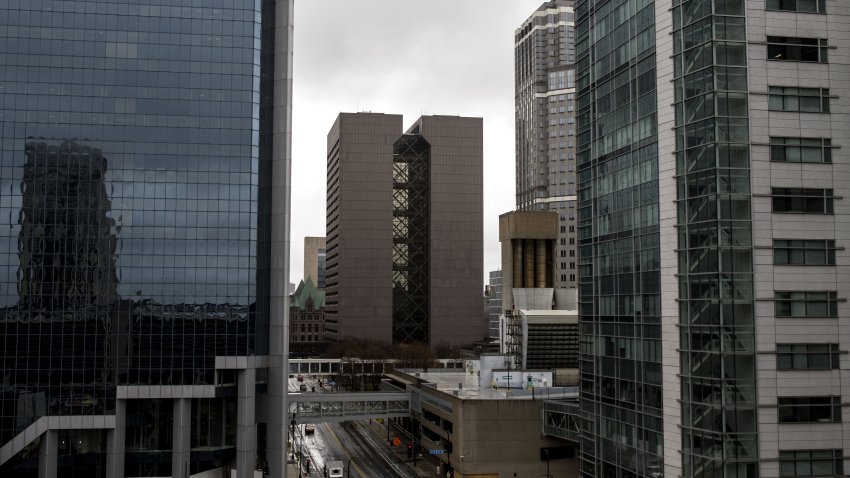 Larson began communicating with the unnamed victim living in Fresno, California, mid-October through multiple social media platforms. He convinced the girl “through manipulation and grooming” to send him inappropriate images of herself, authorities said.

Eventually Larson flew from Virginia to Fresno, then about 2 a.m. Monday persuaded the girl to sneak out of her home, authorities said.

The two took a rideshare vehicle to the Fresno Airport, authorities said.

Larson made the girl wear a wig and told her to act as if she was disabled and unable to speak so she couldn’t converse with anyone as they boarded a plane, authorities said.

The girl was reported missing Monday morning and the Central California Internet Crimes Against Children (ICAC) Task Force took over the investigation. Authorities spoke to an acquaintance of the girl who revealed she's been talking to a man online.

Fresno Airport Police and Homeland Security Investigations discovered she was with a man and bound for Washington, D.C.

There was "activity, including at the airport, that was inappropriate," Mims said. Some of their interactions were caught on camera and could bolster the case against Larson, Mims said.

When their flight landed for a layover in Denver, a local officer found Larson and arrested him, authorities said.

The girl was found uninjured. She was reunited with her family later Monday night, authorities said.

Larson is initially charged in Denver with harboring a minor, but felony charges including child abduction, soliciting child pornography and meeting a child for the intention of sex, are expected once he’s extradited to California, authorities say. The felony charges could land him in prison for life if he’s convicted.

"Nathan Larson has a deeply disturbing background," Mims said. “This is a man who runs a website, which encourages the raping of children and sharing of naked photos and video of children being raped."

During the search, Larson’s father, 69-year-old Arthur Larson, allegedly assaulted an agent. He was arrested then released after posting bond, the Fresno Sheriff’s Office said.

The Fauquier County Sheriff’s office is involved in more aspects of this investigation, authorities said.

Nathan Larson was sentenced to 16 months in prison in 2009 after he pleaded guilty to emailing the Secret Service a threat in December 2008 saying he intended to kill the president “in the near future.”

He ran for a Virginia delegate seat in 2017 and lost. During his run, the Washington Post described him as “pro-incest, pedophilia and rape.” His platform included changing laws to allow incest and sex with minors.

When NBC News4 Washington called Larson’s home in Catlett for comment, someone hung up the phone.

"It's obvious that Larson had the ability to be in contact with children across the nation and the willingness and the means to travel to abduct them. We believe that there are other victims out there," Mims said.

The ICAC Task Force is assisting with the investigation and asks anyone who has had inappropriate contact with Larson in Virginia to email novadcicac@vsp.virginia.gov.

"This arrest in Denver, Colorado and follow up investigation in Catlett, Virginia signifies that if you attempt to steal the innocence of a child, we as law enforcement are committed to prevention efforts and to hold would be and actual perpetrators accountable," Fauquier County Sheriff Robert P. Mosier said.

Stay with News4 for more on this developing story