Wall Street Enters a Bear Market. Here's What That Means and What You Should Do

Wall Street is back in the claws of a bear market as worries about inflation and higher interest rates overwhelm investors.

The Federal Reserve has signaled it will aggressively raise interest rates to try to control inflation, which is the highest in decades. Throw in the war in Ukraine and a slowdown in China’s economy, and investors have been forced to reconsider what they’re willing to pay for a wide range of stocks, from high-flying tech companies to traditional automakers. Big swings have become commonplace and Monday was no exception.

The last bear market happened just two years ago, but this would still be a first for those investors that got their start trading on their phones during the pandemic. Thanks in large part to extraordinary actions by the Federal Reserve, stocks have for years seemed to go largely in only one direction: up. The “buy the dip” rallying cry after every market slide has grown fainter after stinging losses and severe plunges in risky assets like cryptocurrencies. Bitcoin fell below $23,000 on Monday. The price for Bitcoin neared $68,000 late last year.

Here are some common questions asked about bear markets:

WHAT IS A BEAR MARKET?

A bear market is a term used by Wall Street when an index like the S&P 500, the Dow Jones Industrial Average, or even an individual stock, has fallen 20% or more from a recent high for a sustained period of time.

Why use a bear to represent a market slump? Bears hibernate, so bears represent a market that’s retreating, said Sam Stovall, chief investment strategist at CFRA. In contrast, Wall Street’s nickname for a surging stock market is a bull market, because bulls charge, Stovall said.

The Dow industrials sank 2.8% and the tech-heavy Nasdaq composite, which already was in a bear market, tumbled 4.7%.

WHAT ARE INVESTORS CONCERNED ABOUT?

Market enemy No. 1 is interest rates, which are rising quickly as a result of the high inflation battering the economy. Low rates act like steroids for stocks and other investments, and Wall Street is now going through withdrawal.

The Federal Reserve has made an aggressive pivot away from propping up financial markets and the economy with record-low rates and is focused on fighting inflation. The central bank has already raised its key short-term interest rate from its record low near zero, which had encouraged investors to move their money into riskier assets like stocks or cryptocurrencies to get better returns.

Last month, the Fed signaled additional rate increases of double the usual amount are likely in upcoming months. Consumer prices are at the highest level in four decades, and rose 8.6% in May compared with a year ago.

The moves by design will slow the economy by making it more expensive to borrow. The risk is the Fed could cause a recession if it raises rates too high or too quickly.

Russia’s war in Ukraine has also put upward pressure on inflation by pushing up commodities prices. And worries about China’s economy, the world’s second largest, have added to the gloom.

Gas prices, groceries, even airline tickets — it seems like it's all going up lately. It feels like the recently raised interest rate is intended to start slowing the economy. So we talked to John Leer, chief economist at Morning Consult, to help us understand why inflation is happening and how it will affect us.

HOW DO INTEREST RATES AFFECT THE STOCK MARKET?

Even if the Fed can pull off the delicate task of tamping down inflation without triggering a downturn, higher interest rates still put downward pressure on stocks.

If customers are paying more to borrow money, they can’t buy as much stuff, so less revenue flows to a company’s bottom line. Stocks tend to track profits over time. Higher rates also make investors less willing to pay elevated prices for stocks, which are riskier than bonds, when bonds are suddenly paying more in interest thanks to the Fed.

Critics said the overall stock market came into the year looking pricey versus history. Big technology stocks and other winners of the pandemic were seen as the most expensive, and those stocks have been the most punished as rates have risen. But the pain is spreading widely, with retailers signaling a shift in consumer behavior.

Stocks have declined almost 35% on average when a bear market coincides with a recession, compared with a nearly 24% drop when the economy avoids a recession, according to Ryan Detrick, chief market strategist at LPL Financial.

SHOULD I BUY OR SELL STOCKS IN A BEAR MARKET?

If you need the money now or want to lock in the losses, yes. Otherwise, many advisers suggest riding through the ups and downs while remembering the swings are the price of admission for the stronger returns that stocks have provided over the long term.

While dumping stocks would stop the bleeding, it would also prevent any potential gains. Many of the best days for Wall Street have occurred either during a bear market or just after the end of one. That includes two separate days in the middle of the 2007-2009 bear market where the S&P 500 surged roughly 11%, as well as leaps of better than 9% during and shortly after the roughly monthlong 2020 bear market.

Advisers suggest putting money into stocks only if it won’t be needed for several years. The S&P 500 has come back from every one of its prior bear markets to eventually rise to another all-time high.

“An investor that starts off methodically putting money into a 401(k) is going to have a bigger balance 20 or 30 years from now if earlier on during their investing career they were able to take advantage of bear markets versus having to buy at all-time highs all the time,” said Matt Stucky, senior portfolio manager at Northwestern Mutual Wealth Management, in an interview with CNBC's Make It.

The down decade for the stock market following the 2000 bursting of the dot-com bubble was a notoriously brutal stretch, but stocks have often been able to regain their highs within a few years. 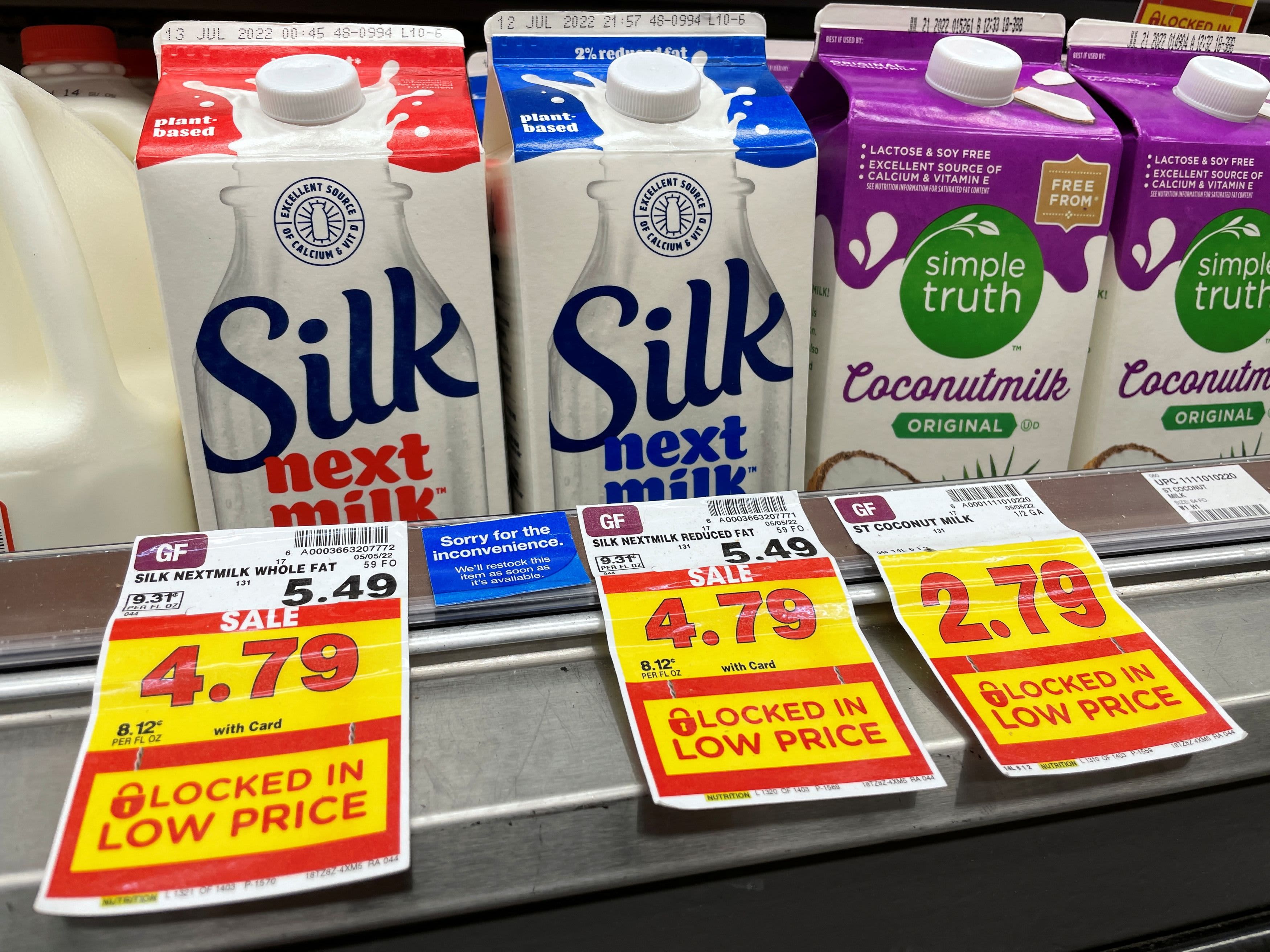 Bringing Inflation Down Is Going to Take Time, Patience — and Pain 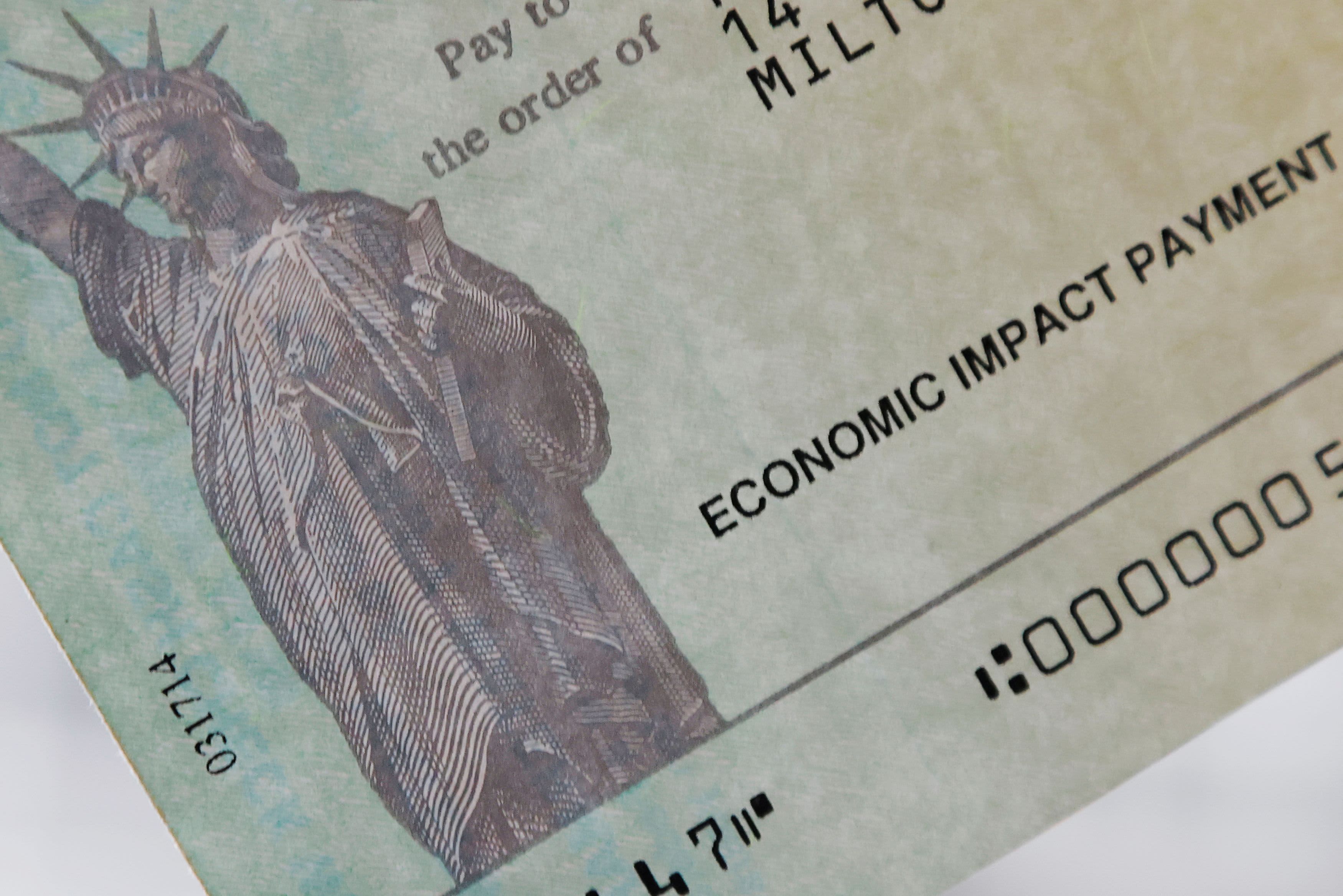 How Effective Were Those Stimulus Checks? Some Argue the Money May Have Fueled Inflation

HOW LONG DO BEAR MARKETS LAST AND HOW DEEP DO THEY GO?

On average, bear markets have taken 13 months to go from peak to trough and 27 months to get back to break even since World War II. There have been 14 bear markets in that time that have pulled the S&P 500 index down an average of 33%, according to CNBC. The biggest decline since 1945 occurred in the 2007-2009 bear market when the S&P 500 fell 57%.

History shows that the faster an index enters into a bear market, the shallower they tend to be. Historically, stocks have taken 251 days (8.3 months) to fall into a bear market. When the S&P 500 has fallen 20% at a faster clip, the index has averaged a loss of 28%.

“The truth is, nobody knows what will be the long-term consequences of having [shut down parts of the economy for long periods of time], because we don’t have any experience having done it before,” Laura Veldkamp, a finance and economics professor at Columbia University, told CNBC. “Wherever there’s a lot of guessing and a lot of uncertainty, that means people’s beliefs can move around a lot. And with those beliefs go stock prices.”

HOW DO WE KNOW WHEN A BEAR MARKET HAS ENDED?

Generally, investors look for a 20% gain from a low point as well as sustained gains over at least a six-month period. It took less than three weeks for stocks to rise 20% from their low in March 2020.