The United Kingdom's longest-reigning monarch was honored by world leaders and mourners around the globe during a service at Westminster Abbey in London before being taken to Windsor Castle to be interred at King George VI Memorial Chapel next to her late husband, Prince Philip

Queen Elizabeth II was honored on Monday at a state funeral that drew presidents and kings, princes and prime ministers as well as up to a million people lining the streets of London to say a final goodbye to a monarch whose 70-year reign defined an age.

Members of the Queen's family, including King Charles III, Queen Consort Camilla, The Prince and Princess of Wales and their two eldest children and the Duke and Duchess of Sussex joined nearly 2,000 other mourners at Westminster Abbey for a service honoring the country's longest serving monarch.

A day packed with funeral events in London and Windsor began early when the doors of 900-year-old Westminster Hall were closed to mourners after hundreds of thousands had filed in front of her coffin since Sept 14. Many of them had spent cold nights outdoors to pay their respects at the foot of the queen’s flag-draped coffin in a moving outpouring of national grief.

The closing of the hall marked the end of four full days of the coffin lying in state and the start of the U.K.’s first state funeral since the one held in 1965 for Winston Churchill, the first of 15 prime ministers during Elizabeth's reign. Two days before her Sept. 8 death at her Balmoral summer retreat, the queen appointed her last prime minister, Liz Truss.

Soon after her coffin was transferred to a gun carriage for transportation to Westminster Abbey, a bell at the historic church began tolling 96 times, once for each year of Queen Elizabeth II’s life.

The same gun carriage was used to carry the coffins of late kings Edward VII, George V, and George VI and of Churchill.

The queen’s coffin was draped with the royal standard and a wreath of flowers including blooms and foliage cut from the gardens of Buckingham Palace and Clarence House at Charles’s request.

They include rosemary for remembrance, and myrtle cut from a plant that was grown from a sprig of myrtle in the queen’s wedding bouquet in 1947.

Dean of Westminster David Hoyle opened the service in the ancient abbey, where Elizabeth was married and crowned.

Members of the Royal Family arrived at Westminster Abbey on Monday to attend the funeral of Queen Elizabeth II.

He said: “We gather from across the nation, from the Commonwealth, and from the nations of the world, to mourn our loss, to remember her long life of selfless service, and in sure confidence to commit her to the mercy of God our maker and redeemer.”

The funeral service included readings and hymns of significance to the queen, including the hymn “The Lord’s My Shepherd,” which was sung at her wedding to Prince Philip in the same abbey in 1947.

During the service, Archbishop of Canterbury Justin Welby said “few leaders receive the outpouring of love we have seen” for Queen Elizabeth II.

In a sermon at the monarch’s funeral in Westminster Abbey, the leader of the Church of England said the queen “was joyful, present to so many, touching a multitude of lives.”

Recalling the queen’s promise on her 21st birthday that “her whole life would be dedicated to serving the nation and the Commonwealth,” Welby said: “Rarely has such a promise been so well kept.”

The service ended with two minutes of silence followed by the national anthem and a piper’s lament, before the queen’s coffin was taken in a procession ringed by units of the armed forces in dress uniforms, with her children walking behind, to Wellington Arch near Buckingham Palace.

There it was placed in a hearse and driven to Windsor for another procession along the Long Walk, a three-mile avenue leading to the town’s castle before a committal service in St. George’s Chapel.

She was laid to rest with her late husband, Prince Philip, at a private family service. 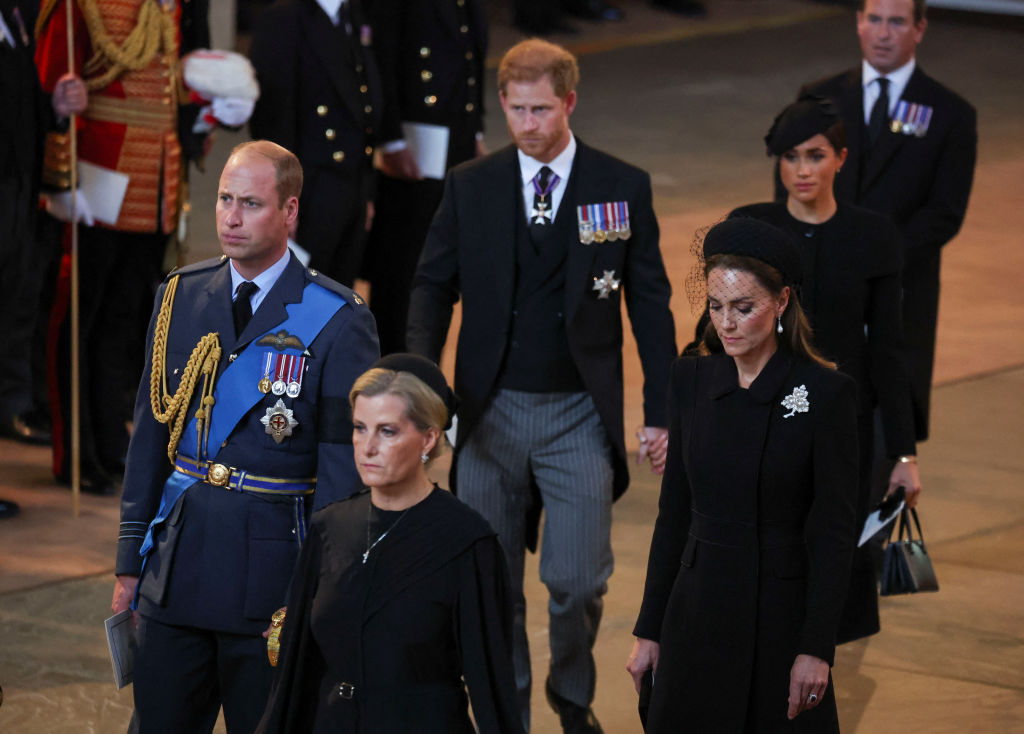 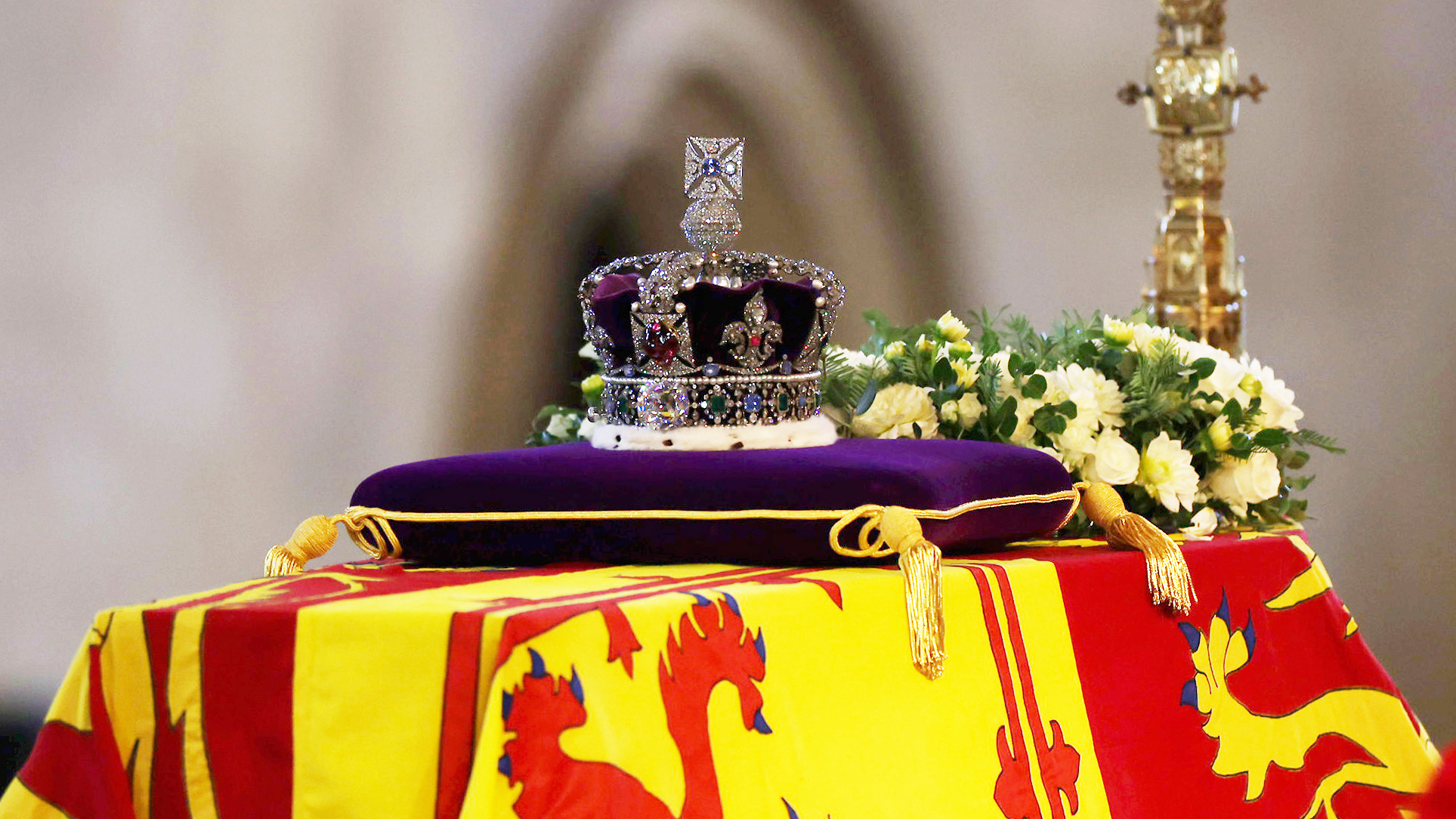 What to Know About the Queen's Lying in State in Westminster

Where Will Queen Elizabeth Be Buried?

Following the State Funeral in London, the queen's coffin was driven in the state hearse to Windsor for a committal service at St. George's Chapel near Windsor Castle, attended by 800 people, including members of the queen's household and Windsor estate staff.

At the end of the service, the coffin was lowered into the Royal Vault and the sovereign’s piper played a lament. The Archbishop of Canterbury, Justin Welby, pronounced the blessing and the congregation sang “God Save The King.”

Members of the royal family held a private burial service at the King George VI Memorial Chapel, where the queen was interred with her late husband, Prince Philip, who died last year at 99.