President Joe Biden approved emergency declarations for NY and NJ, paving the way for the states to receive much-needed federal assistance after tens of thousands in the region were devastated by Ida's deadly remnants

New York City Mayor Bill de Blasio unveiled a new approach Friday to managing severe weather that he says will "bluntly be a jolt to people" but one he says is necessary to address increasingly frequent major flooding events -- as the scope of devastation from this latest one continues to expand.

"We can say now that extreme weather has become the norm, we need to respond to it differently. It's even different than just a few years ago," de Blasio said. "We've got to acknowledge it. New reality requires a new paradigm."

"We're going to in particular focus on a different warning, a much more severe kind of warning and a much more severe set of actions, very physical actions, that bluntly will be a jolt to people, a shock to people," the mayor said of new phone alerts. "But we've learned that we have to introduce these things into the equation."

De Blasio and Gov. Kathy Hochul called the scale of the disaster unprecedented and unforeseen, given weather predictions of 3 to 6 inches of rain over the course of a day. Instead, the city saw its “biggest single hour of rainfall” in its history. Central Park ended up with more than 7 inches of rain, as did midtown Manhattan.

New York Gov. Kathy Hochul is expected to survey the damage from Ida on Thursday in Westchester County where the first day of school has been postponed due to flood. NBC New York's Romney Smith reports.

The vast majority of New York City's Ida home deaths were people who lived in basement apartments that were rapidly flooded by the onslaught of rain, which is why the mayor is zeroing in on more drastic measures to protect the vulnerable.

He hopes not to have to execute door-to-door evacuations regularly but said he believes telling people the city might have to do that improves weather awareness.

De Blasio also said he believes travel bans, like the one imposed late Wednesday, are tools the city can use more frequently to limit severe weather impacts. That'd mean warning people well ahead of a storm that a travel ban could be activated and should that happen, people need to get off the streets and subways immediately.

"That is a very different approach but it's one we have to put on the table," he said, adding that he's looking to evolve the city's approach to evacuations as well.

Meanwhile, federal relief is on the way to assist the tens of thousands of whose livelihoods, homes and worse were destroyed by Ida.

President Joe Biden approved emergency declarations for New York and New Jersey, paving the way for the states to receive much-needed federal assistance after tens of thousands in the region were devastated by Ida's deadly remnants. He's expected to tour storm damage in Manville, New Jersey and Queens, New York on Tuesday.

Biden on Thursday pledged robust federal help for the Northeastern and Gulf states battered by Hurricane Ida and for Western states beset by wildfires — with the catastrophes serving as deadly reminders that the “climate crisis” has arrived.

“The past few days of Hurricane Ida and the wildfires in the West and the unprecedented flash floods in New York and New Jersey is yet another reminder that these extreme storms and the climate crisis are here,” he said. “We need to be much better prepared. We need to act.”

The proposal intends to ensure that the vital networks connecting cities and states and the country as a whole can withstand the flooding, whirlwinds and damage caused by increasingly dangerous weather.

"In our latest budget, we invested $22 million new dollars in flood resilience projects. We’ve ordered @NewJerseyDEP to launch needed changes to flood zone rules that will better protect people, property, and infrastructure," he tweeted. "And we’ve made it possible for local governments who desire improved stormwater management to establish stormwater utilities, among several other initiatives."

Ida was the fifth-most powerful storm to strike the U.S. when it hit Louisiana on Sunday with maximum winds of 150 mph, likely causing tens of billions of dollars in flood, wind and other damage, including to the electrical grid.

The storm has killed at least 13 in Louisiana, Mississippi and Alabama, and the death toll has been higher in the Northeast, where existing infrastructure failed to keep people safe.

The tri-state toll kept rising well into Friday and could continue to climb, even though the historic rainfall, tornadoes and savage winds have long moved out.

By Thursday night, only the city's W and E subway lines were still shut down, though partial suspensions were reported on almost a dozen lines and nearly that many had delays. NBC New York's Jessica Cunnington reports. 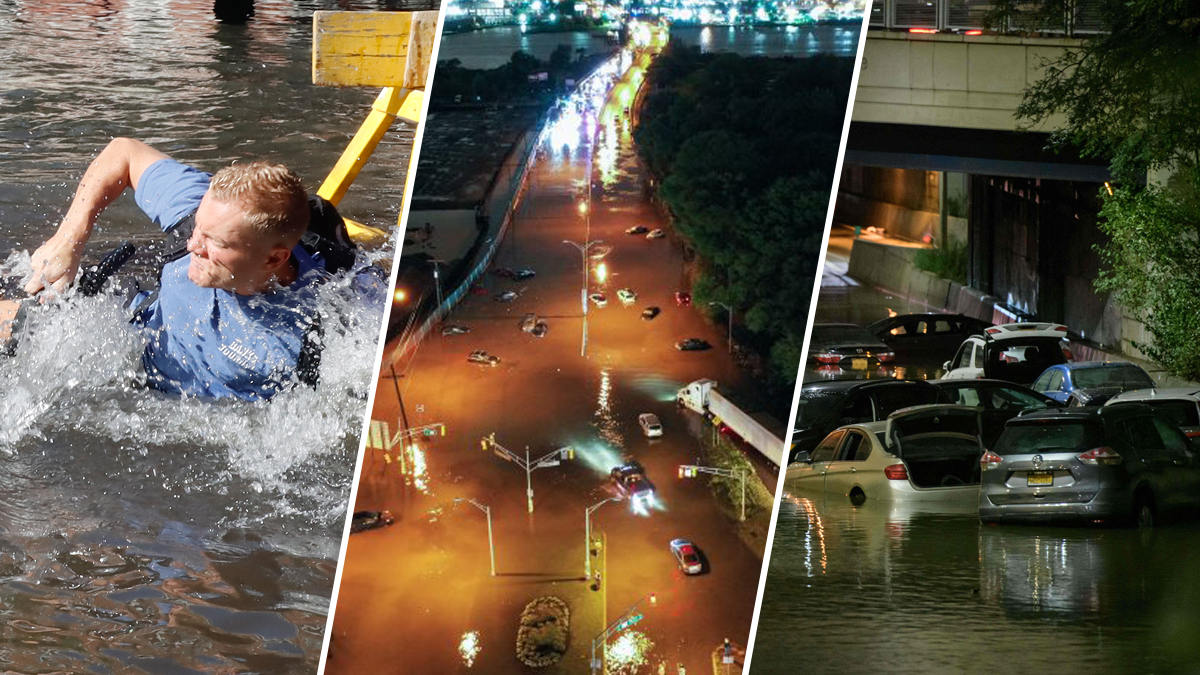 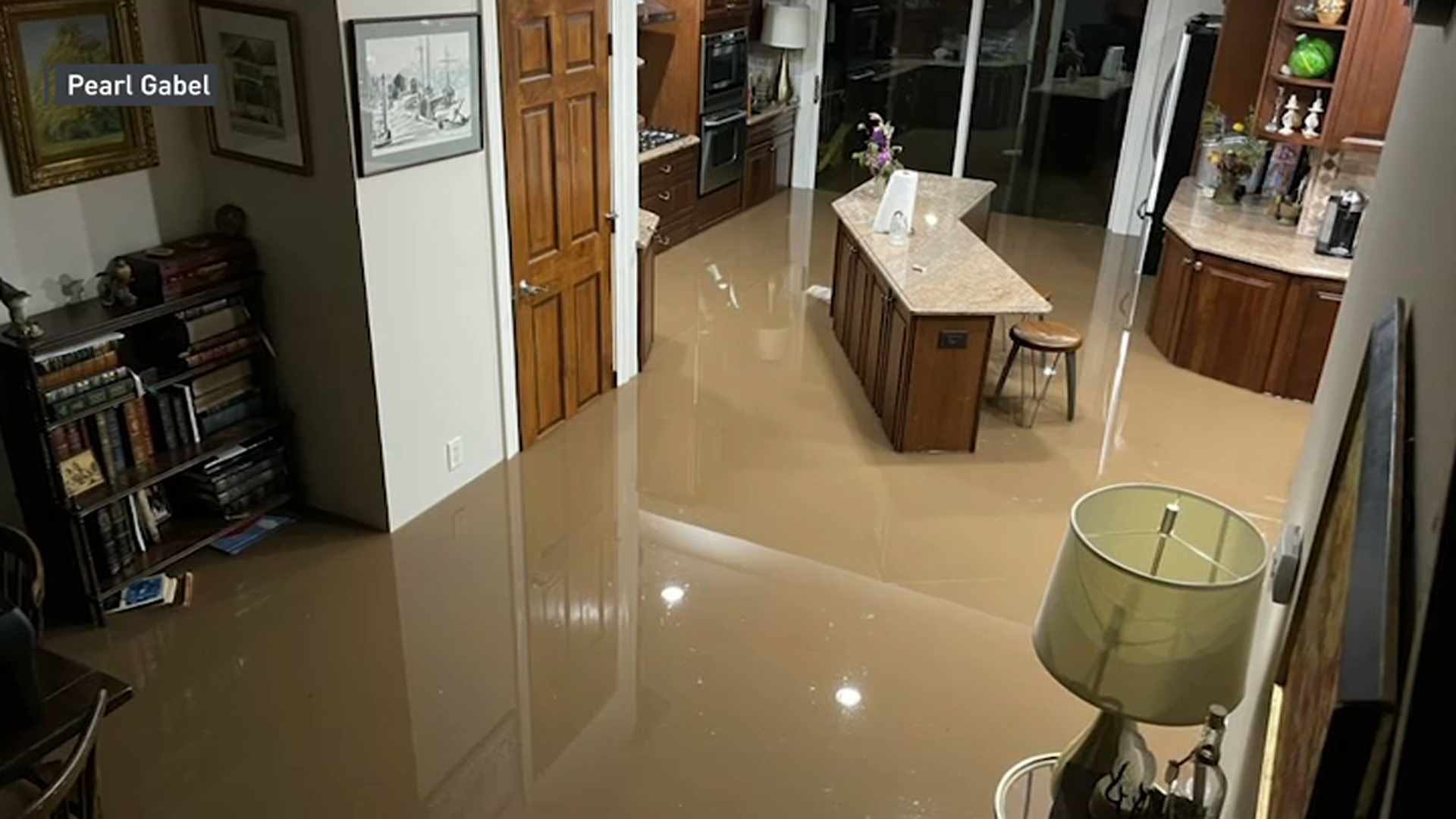 Ida dumped well more than a month's worth of rain on Central Park in a matter of hours, its wrath forcing a near-total shutdown of travel at the height of the disaster.

Ida marks the latest devastation for New York City and New Jersey, which are still struggling to emerge from a COVID-19 pandemic that claimed tens of thousands of lives.

New York state and city officials called the scale of this disaster unforeseen as many others similarly wondered how Ida could cause such devastation 1,000 miles and days later from where it made landfall.

"We did not know that between 8:50 and 9:50 p.m. last night, that the heavens would literally open up and bring Niagara Falls level of water to the streets of New York,” Hochul said at a briefing in Queens Thursday. “Could that have been anticipated? I want to find out.”

NY City Councilmember I. Daneek Miller was holding a news conference when his mom called - and NY Gov. Kathy Hochul stepped in to answer the phone so he could keep talking.

Meanwhile, the Atlantic hurricane season shows no signs of slowing down.

All eyes are on Hurricane Larry, which was about 1,090 miles west of the southernmost Cabo Verde Islands with maximum sustained winds of 90 mph as of the National Hurricane Center's latest update.

Additional strengthening is forecast over the next few days and Larry could become a major hurricane this weekend.

Track any approaching storms using our interactive radar below.