Several lawmakers, including Sens. Ed Markey and Maggie Hassan, took to Twitter to say they were sheltering in place and uninjured as the chaos unfolded

Some members of Congress from New England on Wednesday related what happened in real time as supporters of President Donald Trump stormed the U.S. Capitol to support his baseless claims of voter fraud.

Many New England politicians, Democrat and Republican, decried the riot that had broken out after a Trump rally, and some -- including the Republican governor of Vermont -- called for the president to be impeached.

The mob breached the Capitol complex while the House and the Senate were working to affirm President-elect Joe Biden's victory in the November election, forcing Congress to evacuate parts of the building; Vice President Mike Pence had to be ushered to a secure location. People eventually broke on the floor of both bodies, as well as some offices.

And as the chaos unfolded, several lawmakers, including Sens. Ed Markey of Massachusetts and Maggie Hassan of New Hampshire, took to Twitter to say they were sheltering in place and safe.

Rep. Peter Welch of Vermont tweeted a video update in which he said lawmakers had been instructed to wear gas masks after tear gas was used in the Capitol Rotunda.

No lawmakers were hurt and the Capitol was eventually cleared and secured. But a woman was shot inside the building by a member of law enforcement and later died, authorities said.

Rep. Jake Auchincloss, a Democrat from Massachusetts who was sworn in to Congress for the first time this week, told NECN he was in his office when the building was locked down

"This has been a dark day for democracy, but we're not going to let it define our democracy," the he said in an interview from his office.

Newly elected Congressman Jake Auchincloss, D-Mass., described his experience of Congress being locked down when the U.S. Capitol was stormed by Trump supporters.

A former Marine who served in Afghanistan, Auchincloss said the day made him feel ashamed.

"I know that our adversaries, whether we're talking about the Kremlin or the Chinese Communist Party, are laughing at us right now. They know that we can do much more damage to ourselves by undermining our own institutions than they can ever hope to do on a global stage. That should shake Americans of both parties," he said.

Republican Vermont Gov. Phil Scott issued a statement saying that what was happening at the U.S. Capitol was not peaceful and was "an unacceptable attack on our democracy." He added that President Trump was responsible for the chaos and “should resign or be removed from office.”

"President Trump has orchestrated a campaign to cause an insurrection that overturns the results of a free, fair and legal election," Scott wrote. "The fact is the results of this election have been validated by Republican governors, conservative judges and non-partisan election officials across the country. There is no doubt that the President’s delusion, fabrication, self-interest, and ego have led us – step by step – to this very low, and very dangerous, moment in American history."

More on the Riot at the Capitol 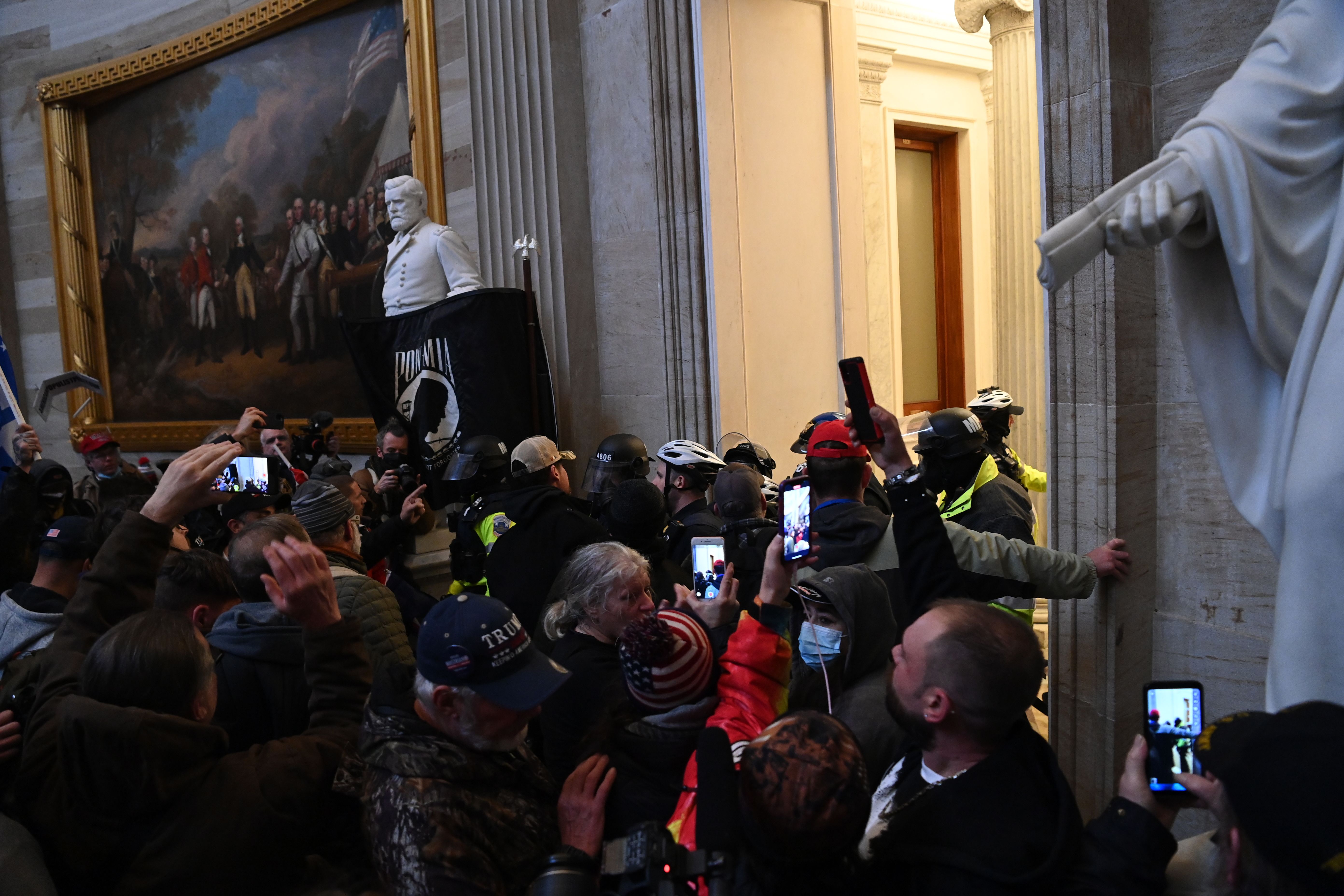 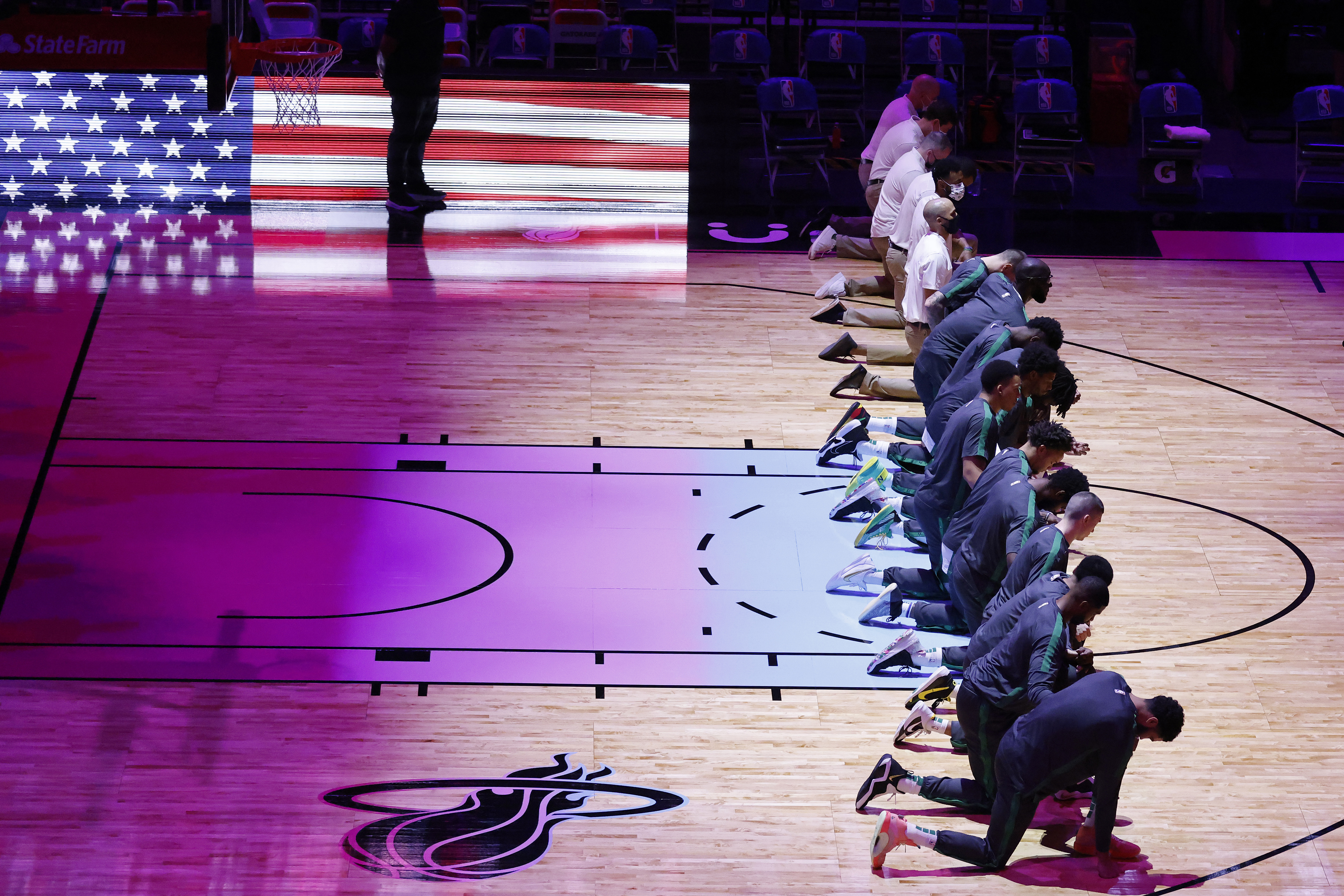 Maine Gov. Janet Mills also condemned the violence and destruction in a statement she issued.

"Our country has conducted a free and a fair election in which the American people have spoken, and now the peaceful transfer of power – a hallmark of our democracy – must proceed. I do not believe what we are seeing today is sanctioned by most Americans; nor do I believe it represents the true character of the American people. But it is a clear and troubling reflection of our fractured nation," Mills said. "The violence must end, and all leaders, of every political stripe, including the President, must forcefully denounce these actions and defend our democracy. All Americans, regardless of politics, must work to restore the honor, decency, and integrity that is truly reflective of the character of our people and our country."