Trump also asserted inaccurately that the U.S. has the cleanest air

President Donald Trump on Monday assailed the Obama administration for being hoodwinked by Iran, making his case with a frequently told and false story about the U.S. giving billions of dollars to Tehran.

In an extended news conference with French President Emmanuel Macron and other remarks at the G-7 summit, Trump also asserted inaccurately that the U.S. has the cleanest air, as well as energy riches that only he brought to life. Many countries outperform the U.S. on measures of air quality. Energy production surged under President Barack Obama.

Here's a look at some of Trump's statements and how they compare with the facts: 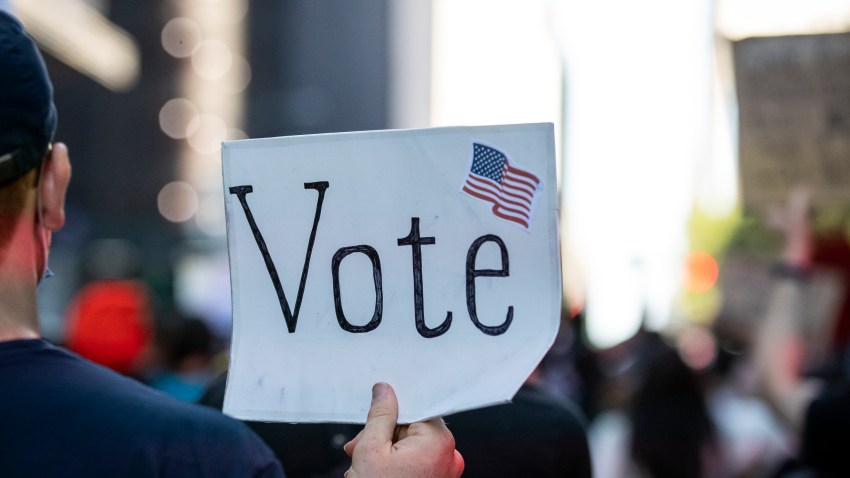 TRUMP on Iran: "We gave them $150 billion and $1.8 billion and we got nothing. ... Look at what they did to John Kerry and to President Obama. Look what happened, where they're bringing planeloads of cash, planeloads, big planes, 757s, Boeing 757s coming in loaded up with cash. What kind of a deal is that?" — news conference with Macron.

THE FACTS: It's the kind of deal that did not actually take place.

When Iran signed the multinational deal to restrain its nuclear development in return for being freed from sanctions, it regained access to its own assets, which had been frozen abroad. There was no $150 billion gift from the U.S. treasury or other countries. Iran was allowed to get its money back.

The $1.8 billion refers to a separate matter, also misstated by the president going back to before the 2016 election.

A payout of roughly that amount did come from the U.S. treasury. It was to pay an old IOU.

In the 1970s, Iran paid the U.S. $400 million for military equipment that was never delivered because the government was overthrown and diplomatic relations ruptured. After the nuclear deal, the U.S. and Iran announced they had settled the matter, with the U.S. agreeing to pay the $400 million principal along with about $1.3 billion in interest.

The $400 million was paid in cash and flown to Tehran on a cargo plane. The arrangement provided for the interest to be paid later.

THE FACTS: That's not true. Air quality hasn't improved under the Trump administration and dozens of nations have less smoggy air than the U.S.

Water? One measure, Yale University's global Environmental Performance Index, finds the U.S. tied with nine other countries as having the cleanest drinking water.

But after decades of improvement, progress in air quality has stalled. Over the last two years the U.S. had more polluted air days than just a few years earlier, federal data show.

There were 15% more days with unhealthy air in America both last year and the year before than there were on average from 2013 through 2016, the four years when the U.S had its fewest number of those days since at least 1980.

The Obama administration set records for the fewest air-polluted days.

The U.S. ranks eighth cleanest on the more deadly category of fine particles in the air.

On environmental quality overall, the Yale index put the U.S. 27th, behind a variety of European countries, Canada, Japan, Australia and more. Switzerland was No. 1.

TRUMP: "I feel that the United States has tremendous wealth. The wealth is under its feet. I've made that wealth come alive. ... We are now the number one energy producer in the world." — news conference with Macron.

THE FACTS: Sole credit to himself is not accurate. The greatest energy revolution of the past half-century happened on Obama's watch as U.S. petroleum and natural gas production achieved pre-eminence.

In 2013, the U.S. became the world's top producer both of natural gas and petroleum hydrocarbons, says the government's U.S. Energy Information Administration. As for crude oil specifically, the agency says the U.S. became the world's top crude oil producer last year. That is largely attributed to the shale oil boom that began late in George W. Bush's administration and proceeded apace during the Obama years.

The boom came because of fracking and other technology, such as horizontal drilling, that made it possible to find much more oil and gas without drilling more holes. As well, Obama lifted a decades-long ban on shipping U.S. oil overseas in 2015, helping increase demand for U.S. crude.

TRUMP, on addressing climate change: "I feel that the United States has tremendous wealth. The wealth is under its feet. ... I'm not going to lose it on dreams, on windmills, which frankly aren't working too well."

Trump has ascribed a variety of evils to wind power over the years, usually with scant evidence, while praising coal, a well-documented cause of health problems.

TRUMP on North Korea's leader: "With respect to North Korea — Kim Jong-un, who I've got to know extremely well, the first lady has gotten to know Kim Jong-un and I think she'd agree with me, he is a man with a country that has tremendous potential." — news conference with Macron.

White House press secretary Stephanie Grisham clarified the president's comment, saying Trump confides in his wife on his relationship with Kim and "feels like she's gotten to know him, too."