Major US Companies Say Workers Will See Some of Tax Windfall

Hours after landing a massive tax windfall, AT&T, Comcast, Wells Fargo and Boeing — among other major companies — announced plans Wednesday to share a fraction of their bounty with workers.

The moves pleased President Donald Trump, who has claimed his $1.5 trillion in tax cuts that largely favor the wealthy and businesses would ultimately help the middle class.

But Democratic lawmakers and corporate watchdogs say the move is a public relations stunt that pales in comparison to the profits the companies' shareholders and executives will reap because of the lower tax rates. The stock market, as well, has risen on the belief the savings will largely go to investors, rather than workers. 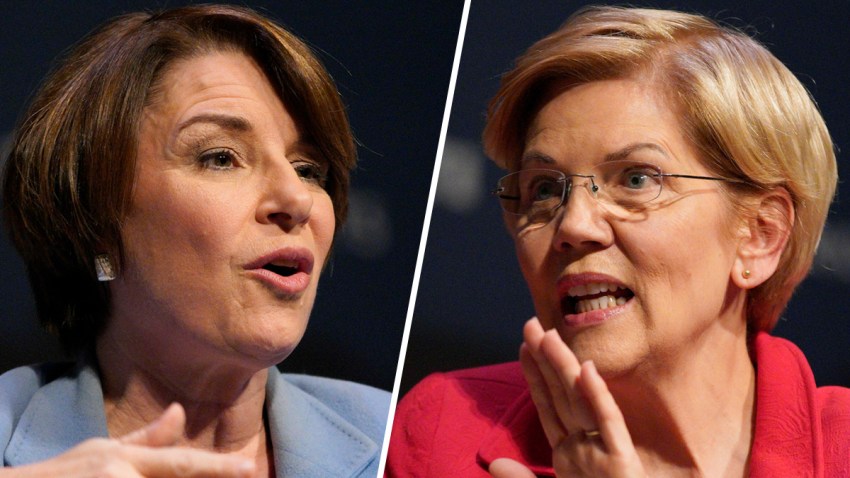 Trump was quick to celebrate an announcement by Dallas-based AT&T that it would pay a $1,000 bonus to 200,000 workers once the tax bill passed Wednesday is signed into law. His praise came as the Justice Department is suing to block a proposed $85 billion merger between communications company and Time Warner, a deal Trump has objected to as "not good for the country."

The president suggested that other companies would be making similar announcements, saying "We're going to see something that's very special."

Comcast said later on Wednesday that it will give $1,000 bonuses to more than 100,000 employees. Wells Fargo said it will boost its minimum wage to $15 an hour, as well as donate $400 million to nonprofit and community organizations. Major government contractor Boeing said it will provide an additional $300 million for job-training, facility upgrades and charitable giving.

A White House official said the companies did not coordinate these announcements with Trumps' economics team. The official insisted on anonymity to discuss private conversations.

Trump has had an uneven relationship with corporate America since his election. He simultaneously met with CEOs for job announcements that enhanced his reputation as a dealmaker, but he also deployed a populist anger on Twitter to berate companies that crossed him.

The business community initially embraced and courted Trump, only to back away after his failure to strongly condemn white nationalists whose August rally in Charlottesville, Virginia, lead to the death of a counter-protester.

The tax overhaul permanently reduces the corporate tax rate to 21 percent from 35 percent, while also moving to a system that would exclude many foreign profits from taxation. The savings would generate billions of dollars in profits for companies, with economists generally estimating that roughly 75 percent would go to investors and 25 percent to workers.

When it came to the tax overhaul, top White House economics aide Gary Cohn said at Wednesday event with the media outlet Axios that the president "cared a lot about the business rate."

The stock market has soared in anticipation of the cuts with the expectation that they will lead to higher profits, bigger dividend payments and share buybacks.

Shortly after the company announcements, the office of Senate Minority Leader Chuck Schumer said in a statement that the bonuses and higher minimum wages were "the exception, not the rule, when it comes to the biggest corporations spending their windfall."

Matthew Gardner, a senior fellow at the liberal Institute on Taxation and Economic Policy, said companies have been sitting on large cash holdings for years that easily could have gone to workers before the tax cuts. Chicago-based Boeing, for example, had $8.8 billion at the end of 2016.

"If these companies had wanted to make these investments in their workforce, they could have done it before now," Gardner said. "They're trying to make an unpopular tax bill a little less unpopular."

The bill has polled poorly with voters in part because it would appear to help major companies and concentrate much of its tax cuts with the top 5 percent of earners.

The possibility of money going to workers helps to insulate Republicans against a possible backlash, although, so far, the bonuses are a far cry from the $4,000 in additional income each year that White House economists said would go to an average family because of the corporate rate cuts.

Wells Fargo, the San Francisco-based bank, would be a major beneficiary from the lower rates. Analysts at Goldman Sachs estimate that the tax cuts would add $3.7 billion to its annual net income.

The bank has also been in Trump's sights after employees created fraudulent customer accounts that led to a $100 million fine by the Consumer Financial Protection Bureau. Wells Fargo is facing an additional inquiry for wrongly charging fees to secure low mortgage rates. Trump said on Twitter this month that fines and penalties against the bank "will be pursued and, if anything, substantially increased."

In addition to these companies, Cincinnati-based Fifth Third Bancorp said it will pay a $1,000 bonus to more than 13,500 employees, as well as raise the minimum wage for 3,000 of its workers to $15 an hour.