President-elect Joe Biden introduced the mayor of Boston and the governor of Rhode Island as members of his economic and jobs team on Friday, the final Biden-Harris Cabinet nominations to be announced.

Biden had on Thursday revealed Mayor Marty Walsh as his candidate for labor secretary and Gov. Gina Raimondo as his choice to become commerce secretary. The scale of their mission was made clear Friday morning, when the monthly jobs report showed the U.S. economy shedding 140,000 people jobs.

"We're in the midst of the most unequal economic jobs crisis in modern history," Biden said at the announcement event in his home state of Delaware. He said Congress needs to get to work on fixing it, and added that Raimondo, Walsh and the two other members of the team announced unveiled Friday are going to help.

He called Raimondo "one of the most effective, forward-thinking governors in America" whose experience will help knit the nation together. Walsh, Biden said, is "a good friend and a stand-up guy" who, as mayor, "always puts working people first."

The president-elect said he was honored that both accepted his request to join the administration, and both gave short speeches committed to the work ahead.

Biden also discussed another choice he'd considered for labor secretary: Sen. Bernie Sanders of Vermont. Biden said Sanders would have done a fantastic job in the role, but they'd agreed that it was more important that he stay in the Senate, where Democrats will have the tie-breaking vote in Vice President-elect Kamala Harris.

"Bernie said we can't put control of the Senate at risk with the outcome of a special election in Vermont," Biden said, adding that the senator thinks Walsh is "a great choice."

With the picks, which require Senate confirmation, Biden rounded out a Cabinet that pledged will be the most diverse in history. He has yet to name a candidate for CIA director, but that role wasn't in the Cabinet in the Obama-Biden administration.

Walsh, 53, has been Boston's mayor since 2014. When the Democrat took the oath of office in 2018 for his second term, Biden presided over the inauguration, and Biden joined Walsh to back striking workers at a Boston Stop & Shop in 2019.

"Your home and your heart are with the working people," Walsh said to Biden Friday. "I look forward to working with you."

Walsh was a state representative for more than a decade before becoming mayor. He also has a long history with organized labor, formerly serving as president of Laborers Local 223 and heading the Boston Building Trades, a union umbrella organization.

The son of Irish immigrants, Walsh grew up in Boston's working-class Dorchester neighborhood. He survived a childhood bout with cancer and has been open about his early struggles with alcohol, using his history with addiction to encourage people to get help. He opened his speech at the 2016 Democratic National Convention by saying: "Good evening. My name is Marty Walsh, and I'm an alcoholic.''

Walsh, who was backed by some of the biggest organized labor groups, said on Friday, "We are facing hard times, but nobody's tougher than the American worker."

NBC10 Boston cameras captured Mayor Marty Walsh leaving his home Friday morning. He's expected to appear at an afternoon event in Delaware later in the day where President-elect Joe Biden will introduce him as a Cabinet nominee.

Raimondo, 49, is a former venture capitalist serving her second term as governor after previously serving as state treasurer. A Democrat, she had been mentioned as a possible candidate for Biden's health secretary.

She described the department's mission at the event on Friday: "To help spur good paying jobs, to empower entrepreneurs who innovate and grow, to come together with working families and American businesses to create new opportunities for all of us. It's a simple but vital mission. It's the same mission that's driven my own life, and the path of my family across generations."

The governor described bringing Rhode Island from having the highest unemployment rate in the nation before her election to its lowest rate in decades and committed to "an inclusive recovery" providing jobs training, support for American manufacturing and more.

The Biden administration's stance on international trade will likely mark a significant shift away from President Donald Trump's heavy-on-tariffs approach. Trump slapped tariffs on Chinese steel and other goods to punish Beijing for what the administration said were unfair currency practices and potential national security threats. Those moves were largely opposed by U.S. allies, including Canada.

Biden opposes Chinese tariffs and has promised to improve U.S. relationships with countries around the hemisphere and globe. But he hasn't indicated that undoing the tariffs will be a top priority. Instead Biden has promised to oversee an aggressive "Buy American'' campaign that would use federal funds to purchase $400 billion of U.S.-made goods and spend another $300 billion on new research and development from domestic technology firms.

The changing of the guard in the White House has shaken up New England politics. While the selections still require U.S. Senate approval, the announcement has major implications for local politics in Rhode Island and Massachusetts.

In the interim, though, Democratic Lt. Gov. Daniel McKee will become Rhode Island's acting governor and Boston City Council President Kim Janey would assume the role of acting mayor, making her the first woman and first person of color to serve in the role.

Janey congratulated Walsh in a tweet Thursday, saying his dedication to working people and good jobs has left a remarkable impact. She also said should Walsh be confirmed by the Senate, she is ready to take the reins and lead Boston through these difficult times.

City Councilors Andrea Campbell and Michelle Wu have already announced their candidacies for the position.

“Marty Walsh, our mayor would be the first union member to be Labor Secretary in 50 years," Wu said.

“I think that is critically important when you think about low wage workers who have been devastated by COVID-19," Campbell said. 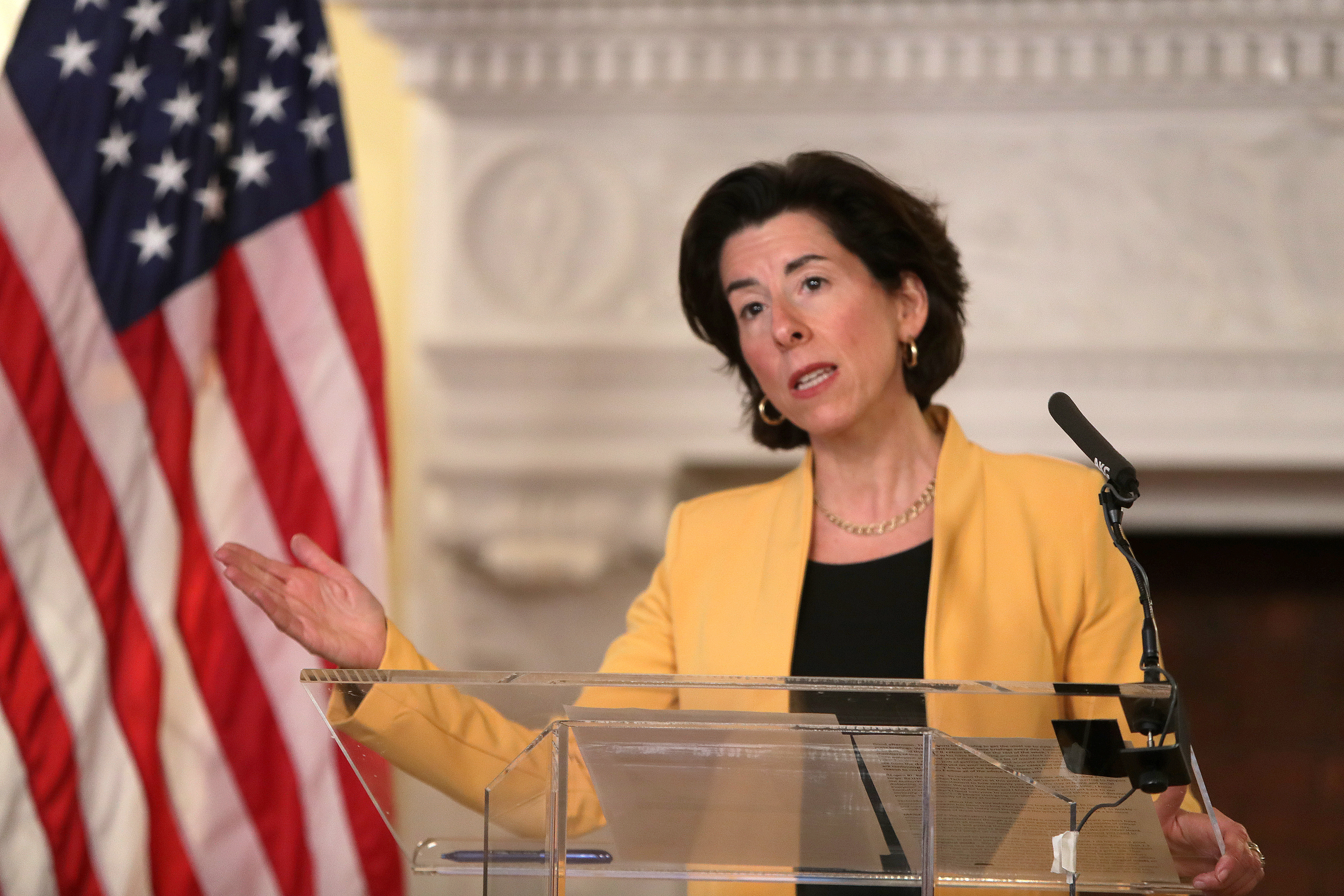 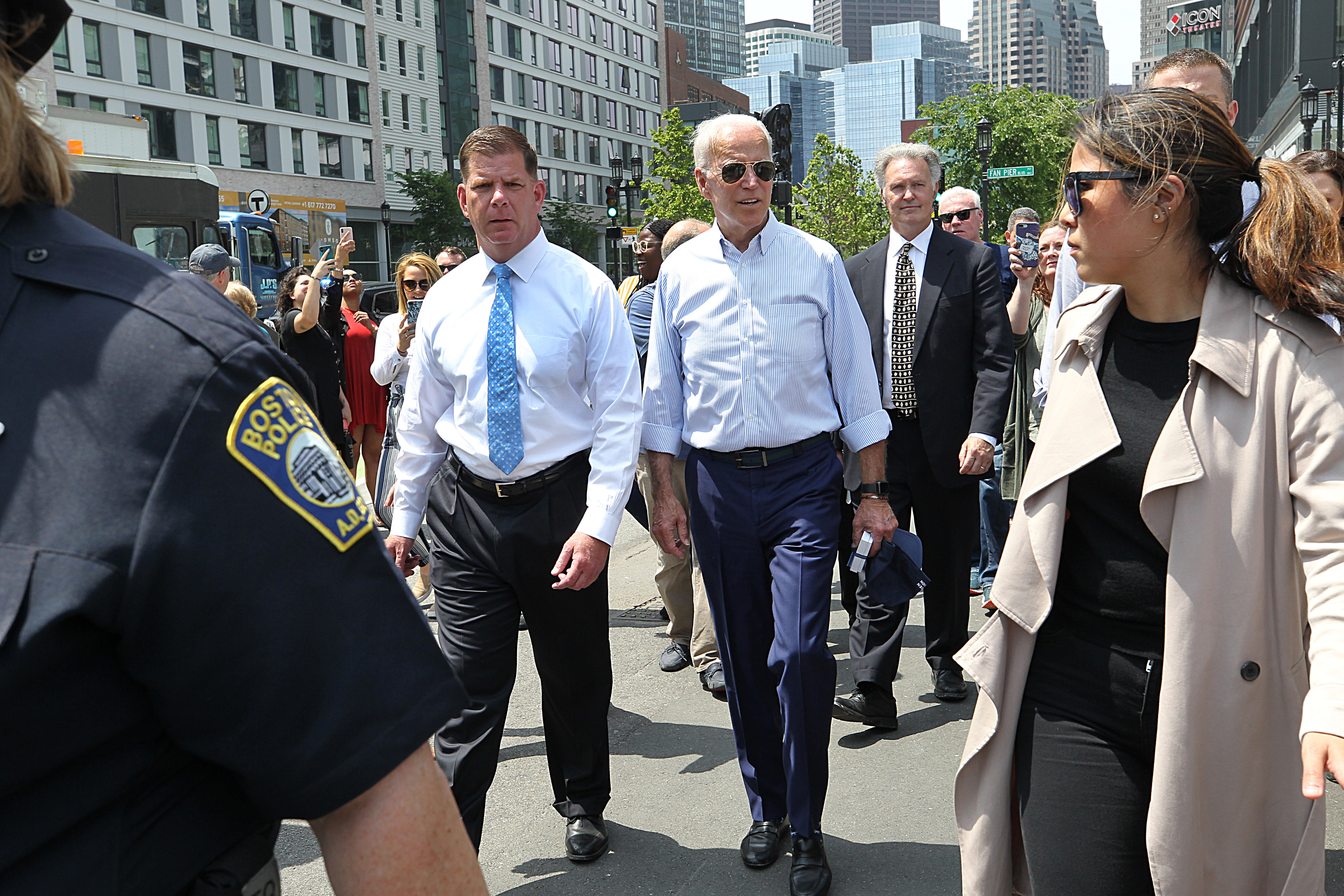