Abortion rights have been a key motivating factor for Democrats this year, although the economy and inflation still rank as chief concern for most voters

President Joe Biden promised Tuesday that the first bill he sends to Capitol Hill next year will be one that codifies Roe v. Wade — if Democrats control enough seats in Congress for Biden to sign abortion protections into law — in a speech designed to energize his party's voters just three weeks ahead of the November midterms.

“If you care about the right to choose, then you gotta vote,” Biden said during remarks at the Howard Theatre in Washington. He urged those in attendance to recall how they felt when the Supreme Court in late June overturned the landmark 1973 ruling legalizing abortion, and repeatedly lambasted Republicans nationwide who have pushed for restrictions on the procedure, often without exceptions.

Biden said “the only sure way to stop these extremist laws that are putting in jeopardy women’s health and rights is for Congress to pass a law.” He acknowledged that right now, “we're short a handful of votes” to reinstate abortion protections at the federal level, urging voters to send more Democrats to Congress.

“If we do that, here’s the promise I make to you and the American people: The first bill that I will send to the Congress will be to codify Roe v. Wade," Biden said. “And when Congress passes it, I’ll sign it in January, 50 years after Roe was first decided the law of the land.”

Republicans are widely projected to gain control of at least the House. Abortion rights have been a key motivating factor for Democrats this year, although the economy and inflation still rank as chief concern for most voters.

For the White House, it won’t be enough just to keep control of both chambers of Congress, already an uphill battle, to be able to enshrine the protections of the landmark 1973 ruling into law. The Senate would need to abolish the filibuster, the legislative rule that requires 60 votes for most bills to advance in the chamber, in order to pass an abortion measure with a simple majority of senators.

Long resistant to any revisions to Senate institutional rules, Biden said in the days after the June decision by the Supreme Court overruling Roe in Dobbs v. Jackson that he would support eliminating that supermajority threshold for abortion bills, just as he did on voting rights legislation.

But two moderate Democrats — Sens. Kyrsten Sinema, Ariz., and Joe Manchin, W.Va. — support keeping the filibuster. Sinema has said she wants to retain the filibuster precisely so any abortion restrictions backed by Republicans would face a much higher hurdle to pass in the Senate.

President Joe Biden on Wednesday signed an executive order aimed at making it easier for women seeking abortions to travel between states to obtain access to the procedure.

Democratic Senate candidates in Pennsylvania and Wisconsin — the party's two best chances to flip seats currently held by Republicans — have both said they support eliminating the filibuster in order to pass abortion legislation. Pennsylvania Senate candidate John Fetterman has actively campaigned on being the 51st vote for priorities such as legalizing abortion, codifying same-sex marriage protections, and making it easier for workers to unionize — all measures that would otherwise be blocked by a filibuster in the Senate.

Abortion — and proposals from some Republicans to impose nationwide restrictions on the procedure — have been a regular fixture of Biden's political rhetoric this election cycle, as Democrats seek to energize voters in a difficult midterm season for the party in power in Washington.

In fundraisers and in political speeches, Biden has vowed to reject any abortion restrictions that may come to his desk in a GOP-controlled Congress. He has also urged voters to boost the Democratic ranks in the Senate so enough senators would not only support reinstating abortion nationwide, but would be willing to change Senate rules to do it.

On Tuesday, Biden made a pointed appeal to young voters, who traditionally participate in lower rates than other age demographics in midterm elections. Though his remarks were primarily focused on abortion, Biden also mentioned his decisions to forgive billions of dollars in student loan debt and to issue pardons for marijuana possession — moves popular with younger voters.

Court decisions and state legislation have shifted — and sometimes, re-shifted — the status of abortion laws across the country. Currently, bans are in place at all states of pregnancy in 12 states. In another, Wisconsin, clinics have stopped providing abortions though there’s dispute over whether a ban is in effect. In Georgia, abortion is banned at the detection of cardiac activity -- generally around six weeks and before women often know they’re pregnant. 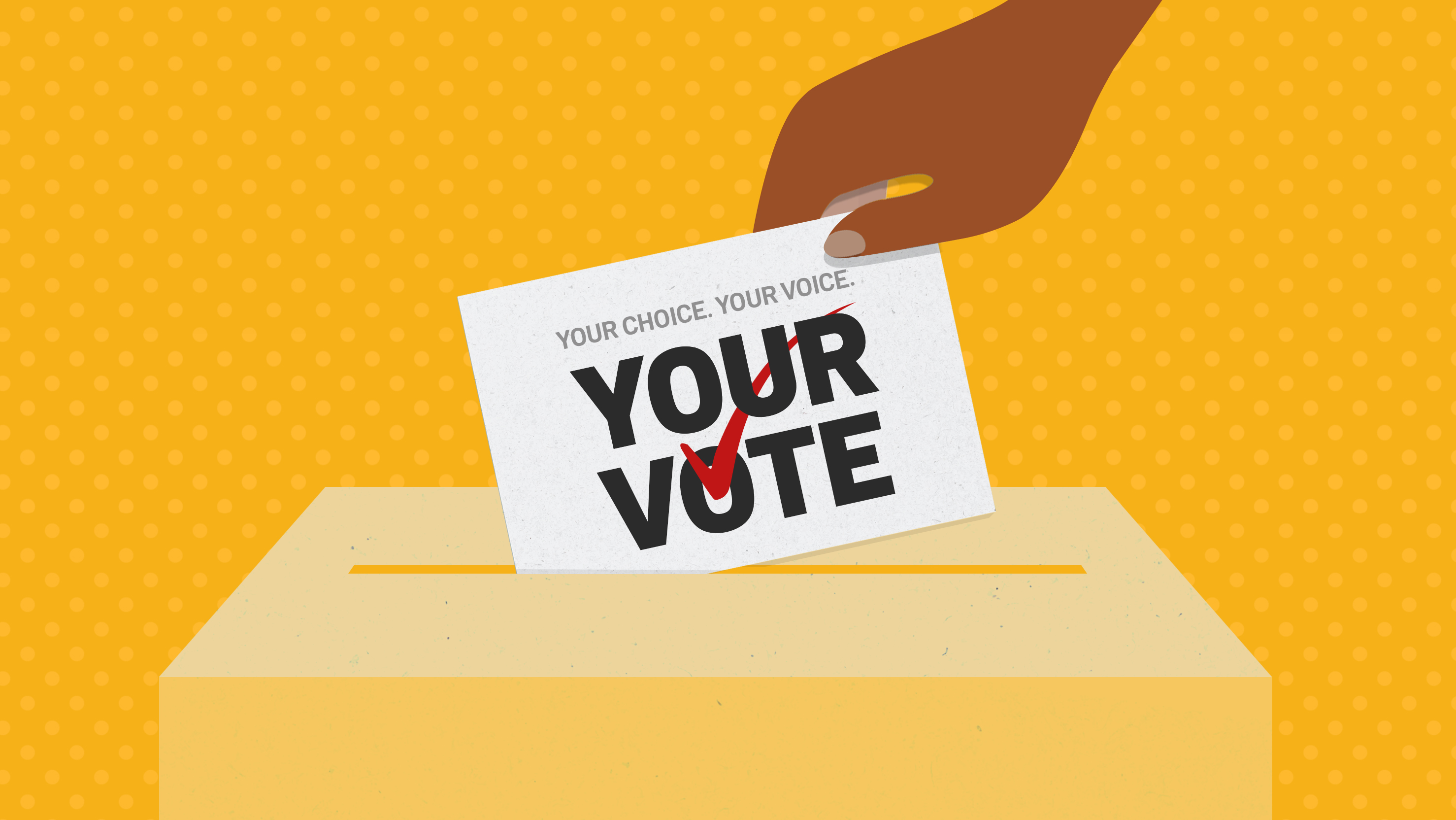 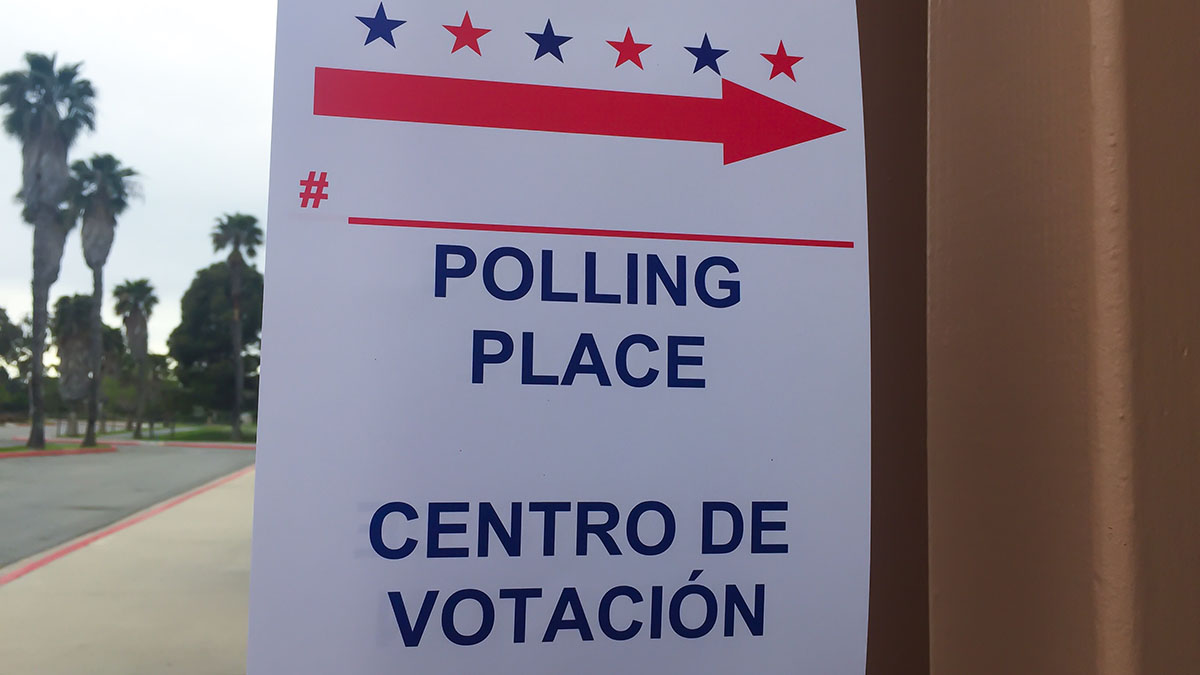 Can I Drop Off a Midterm Election Ballot for Someone Else? Rules Vary by State

Even with the economy dominating so much of the midterm discourse, abortion has been a touchstone in high-profile contests from Ohio to Arizona, especially as Democrats try to trap Republicans between their most ardent anti-abortion base voters who want absolute or near-total bans and a majority of U.S. adults that wants at least some legal access to elective abortions.

For instance, in Georgia, Republican Senate nominee Herschel Walker went so far in his only debate against Sen. Raphael Warnock, a Democrat, as to deny his previous support for a national abortion ban with no exceptions. Despite Walker’s previous statements captured on video, he insisted Warnock misrepresented his position. Walker said in the debate that he backs a Georgia statute outlawing abortion after six weeks of pregnancy – an effective ban for some women because it’s so early they don’t yet know they’re pregnant. The law includes exceptions for later abortions in cases of rape, incest and involving health risks to a woman.

Warnock, meanwhile, avoided direct questions about whether he’d support any abortion limits, instead turning the question to Walker’s position.

Geoff Mulvihill in Cherry Hill, N.J., and Bill Barrow in Atlanta contributed to this report.