Biden Weighs Appeal of the 3 Top Candidates for Supreme Court

President Joe Biden first zeroed in on a pair of finalists for his first U.S. Supreme Court pick when there were rumors last year that Justice Stephen Breyer would retire. But since the upcoming retirement was actually announced late last month, it has come with the rise of a third candidate, one with ready-made bipartisan support that has complicated the decision.

For Biden, it’s a tantalizing prospect. The president believes he was elected to try to bring the country together following the yawning and rancorous political divide that grew during the Trump administration and especially following the Capitol insurrection in January 2021.

And a Supreme Court nominee with a raft of qualifications who has the vocal support of even one or two Republican senators could well attract the backing of other Republicans. That, in turn, could make for a smoother nomination process after some painfully partisan ones in recent years.

This story is based on accounts from seven people familiar with Biden's decision-making who spoke to The Associated Press on condition of anonymity to talk about private discussions.

Two of the three judges now on Biden's short list were evaluated last year by White House aides, although that early vetting did not include deep dives into their opinions or backgrounds, formal interviews or FBI background checks.

They are Ketanji Brown Jackson, 51, a recent appointee to the U.S. Court of Appeals for the District of Columbia Circuit, where she has served since June 2021, and Leondra Kruger, 45, a California Supreme Court judge since 2015 who would be the first person in more than 40 years to move from a state court to the Supreme Court if she were to be confirmed.

Jackson is seen as the top candidate. And she, too, has a proven record of bipartisan support: She was confirmed to the appeals court on a 53-44 vote. Republican Sens. Lisa Murkowski of Alaska, Susan Collins of Maine and Lindsey Graham of South Carolina voted for her.

But J. Michelle Childs has rapidly become a serious third candidate after House Majority Whip Jim Clyburn, D.-S.C., publicly announced his support for her, as did the state's Republican senators, Graham and Tim Scott. Graham has made clear Childs is his preferred choice.

The 55-year-oldis a federal judge in South Carolina who has been nominated to serve on the U.S. Court of Appeals for the District of Columbia Circuit. That nomination is on hold while she's under consideration for the high court.

Childs lacks the elite law school credentials of many current Supreme Court justices — she attended the University of South Carolina School of Law. But that’s part of her appeal to Clyburn and others who question why Ivy League credentials are necessary. Eight of the court’s nine current members attended law school at Harvard or Yale. Childs also has a master’s degree from the school as well as a different legal degree from Duke.

Justice Stephen Breyer, one of three members of the liberal minority on the Supreme Court, has announced his plans to retire. NBCLX Political Editor Noah Pransky talks about what this means for the Democrats, several huge rulings the court will make this year, and how President Joe Biden can replace Breyer. Biden has pledged to name a Black woman to fill the seat.

Among the three justices on Biden's short list, Childs is considered the most moderate, and she has been criticized by progressives land labor groups who say her record is not sufficiently supportive of worker rights. She was previously a state court judge and has served as a federal trial court judge since 2010.

Jackson did attend Harvard Law School and has expertise that would bring considerable professional diversity to the high court. She worked as a public defender and served on the U.S. Sentencing Commission before she was nominated to the federal bench by former President Barack Obama. She is the favorite of progressives.

Kruger, 45, has been on the California Supreme Court since 2015. She was just 38 when chosen for the job by then-Gov. Jerry Brown. She’s seen as a moderate on the seven-member court. She used to work for the Department of Justice.

Breyer's replacement won't shift the ideological makeup of the court. So in some ways, that makes it easier for Republicans to back a candidate advanced by Biden. But Biden has also said bipartisan support is not a necessity; a razor-thin majority in the U.S. Senate means he doesn't need it.

Biden said earlier this week he was looking closely at “about four” candidates and was interested in selecting a nominee in the mold of Breyer who could be a ”persuasive" force with fellow justices. Although his votes tended to put him to the left of center on an increasingly conservative court, Breyer frequently saw the gray in situations that colleagues to his right and left were more likely to find black or white.

Biden, who is spending the weekend at Camp David, is studying a range of cases and other materials about the candidates, White House press secretary Jen Psaki said Friday. 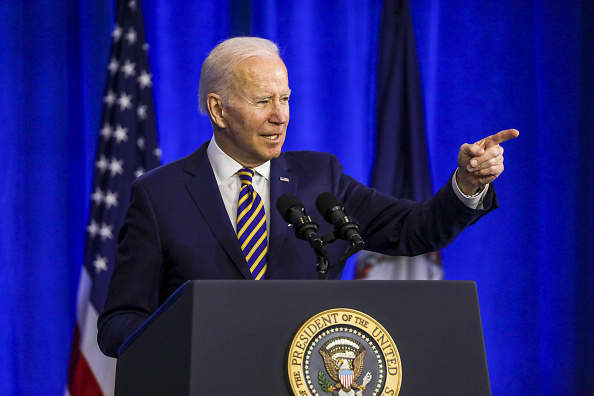 Biden Predicts His Supreme Court Nominee Will Get Republican Votes 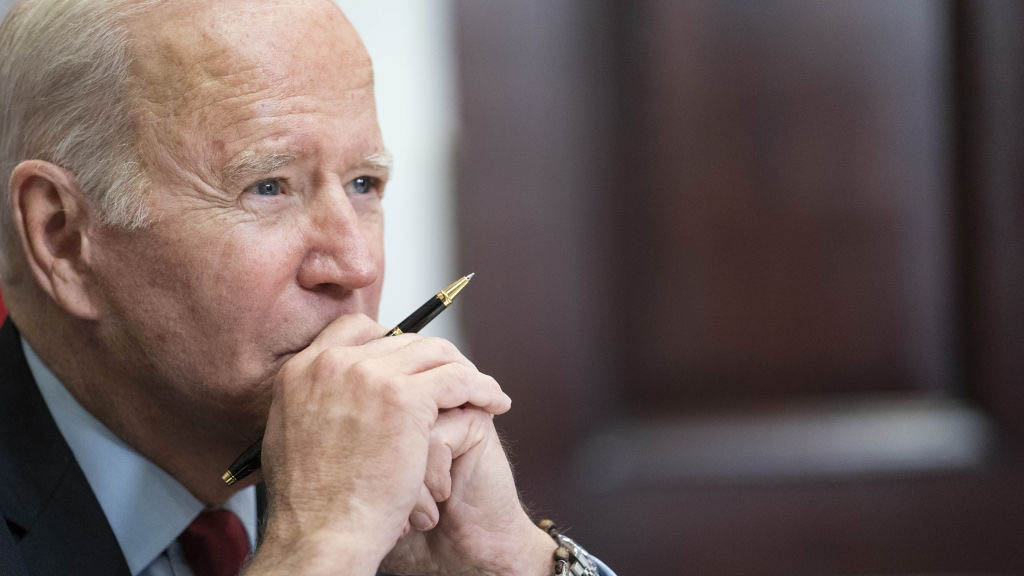 His team, led by former Democratic Sen. Doug Jones, has compiled past writings, public remarks and decisions of the candidates, as well as learning their life stories.

Psaki said Biden could begin meeting with top contenders as early as next week, noting that such interviews typically happen at the end of the vetting process. She said the president remains on track for an announcement by the end of the month.

Going back as far as his campaign, Biden has pledged to nominate a Black woman for the slot. The Supreme Court was made up entirely of white men for almost two centuries. Justice Clarence Thomas and the late Thurgood Marshall are the only two Black men who have served on the court. There has never been a Black woman.

Other possible candidates included U.S. District Court Judge Wilhelmina Wright from Minnesota; Melissa Murray, a New York University law professor who is an expert in family law and reproductive rights justice; and Leslie Abrams Gardner, a U.S. district judge for the Middle District of Georgia and the sister of Stacey Abrams, a powerful voting rights activist and nominee for Georgia governor.