Biden's Ties to Obama Could Hamper Appeal to Latino Voters

For many Latinos, Biden's embrace of the Obama years is a frightening reminder of when the former president ejected about 3 million people living in the U.S. illegally

Joe Biden's tenure as Barack Obama's vice president is complicating his efforts to deepen ties with Latinos who could be critical to winning the White House.

For many Latinos, Biden's embrace of the Obama years is a frightening reminder of when the former president ejected about 3 million people living in the U.S. illegally, earning him the moniker of "deporter in chief."

That's one reason Latinos overwhelmingly backed Bernie Sanders during the Democratic primary. But with the Vermont senator out of the race and Biden left as the presumptive Democratic nominee, Latinos face an agonizing choice. They could look past Biden’s resume and vote for him or sit out the election and risk another four years of President Donald Trump, who escalated his hard-line stance this week with an executive order freezing some immigration into the U.S. during the coronavirus pandemic.

"The ‘Let’s go back to how things were’ for people who feel like they have a boot on their neck, it’s not always that compelling," said Marisa Franco, director and co-founder of the Latino activist group Mijente, which made its first-ever endorsement when it backed Sanders for president.

The record number of deportations under Obama came as his administration sought to show it was serious about enforcement while waiting on Congress to approve an overhaul to the immigration system. But in the process, it deported a large percentage of people without criminal records, even while publicly saying its priority was removing criminals from the country.

Obama eventually gave up on Congress and changed tactics, extending temporary legal protections to young immigrants through Deferred Action for Childhood Arrivals, or DACA, which is still being challenged in federal court. 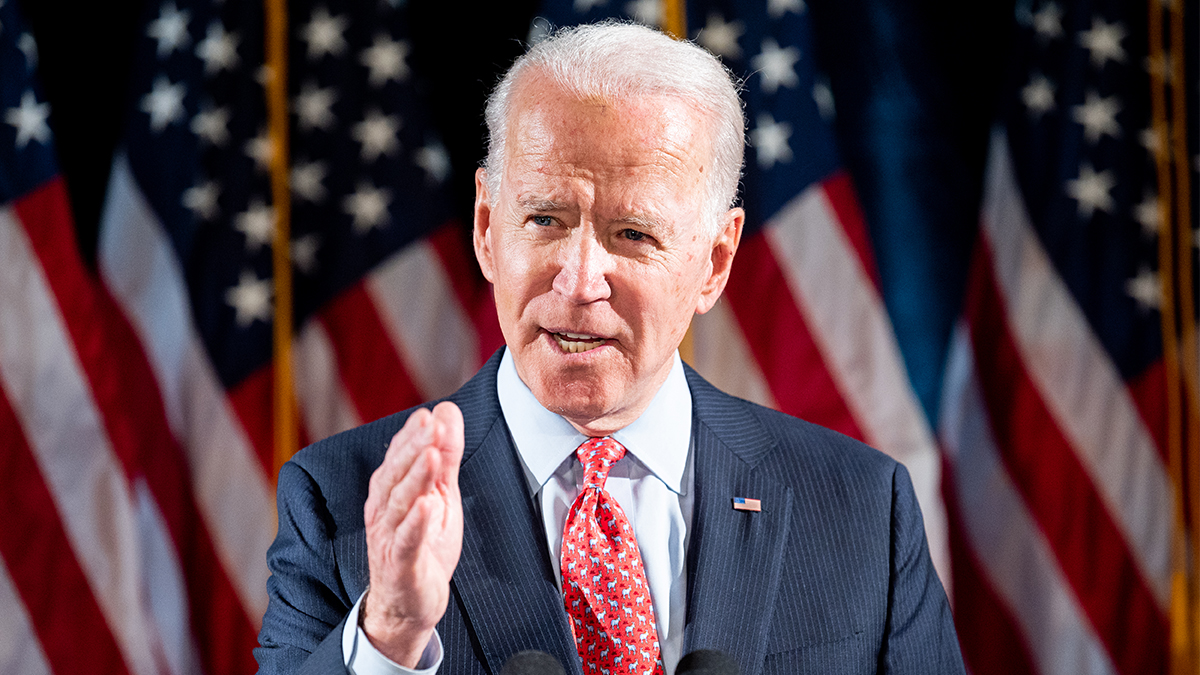 Biden Campaign Says It Has Refunded Donation From Louis CK 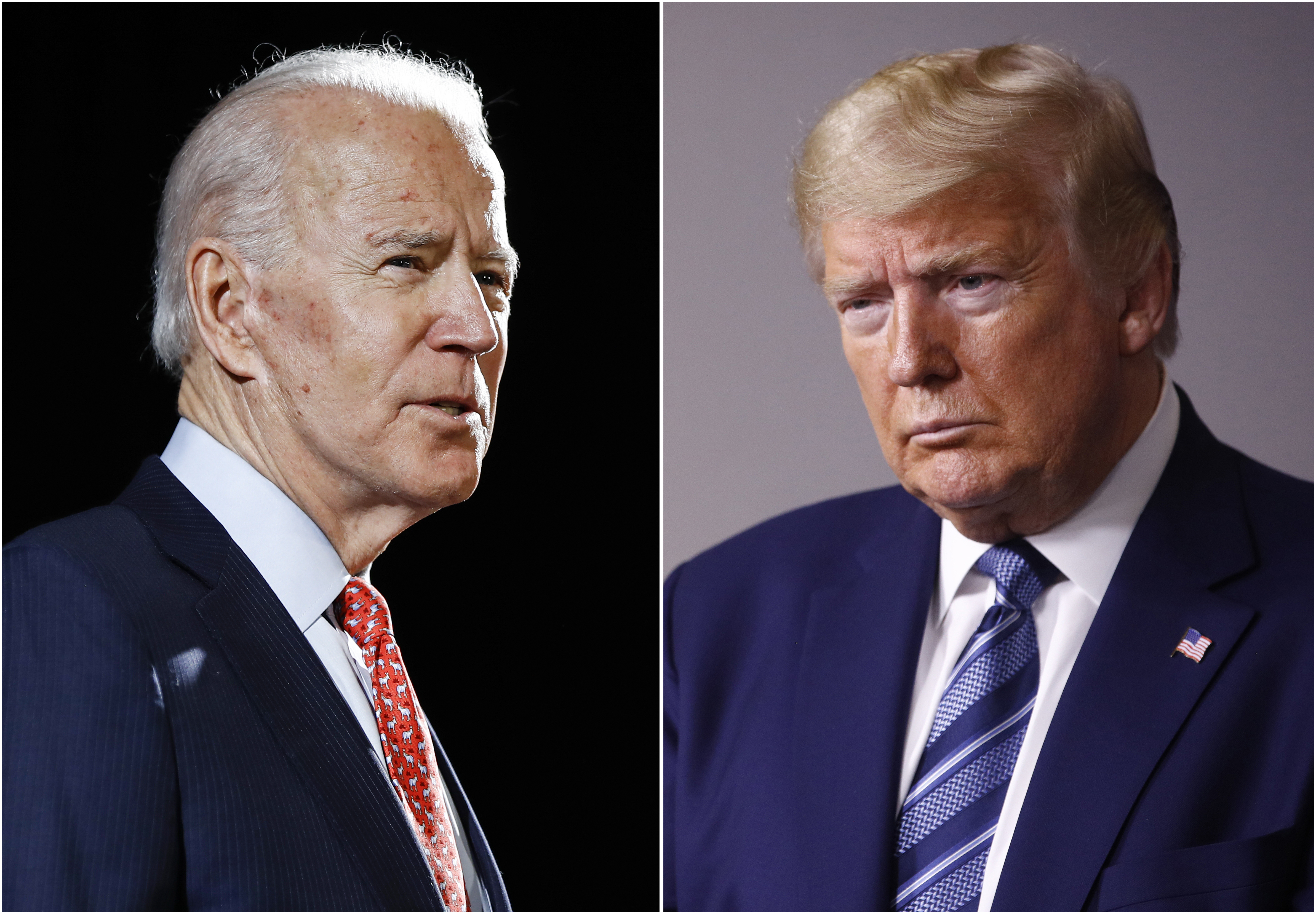 Biden long defended the administration’s immigration policy, even telling one activist in South Carolina who decried deportations, "You should vote for Trump." But just before losing the caucuses in heavily Hispanic Nevada in February, Biden conceded, "We took far too long to get it right."

"I think it was a big mistake," Biden said.

Domingo Garcia, president of the League of United Latin American Citizens, said some "in the more liberal side of the Latino community" view the issue as a “litmus test that’s something they’ve not forgotten.” But he said many activists see it as paling in comparison to Trump’s race baiting.

Rep. Alexandria Ocasio-Cortez, D-N.Y., a leading progressive voice, has said she'll vote for Biden in November even as she's said he needs to pay close attention to Latino issues. Sanders has formally endorsed Biden and called on his base of loyal supporters to rally around the former vice president to ensure Trump's defeat.

The president isn't toning down his approach to the issue of immigration, viewing it as a way to motivate his base. Trump's latest executive order likely guarantees immigration will remain in the spotlight heading into the election.

The Trump administration deported about 267,260 people in fiscal year 2019, well below the single-year record of nearly 410,000 the Obama administration set in 2012. But Trump has increased the number of people jailed in the U.S. awaiting immigration court proceedings while sending around 60,000 back to Mexico while they wait for the same.

President Donald Trump on Tuesday elaborated on a Monday night tweet in which announced a temporary suspension of immigration into the U.S. during the coronavirus pandemic. Trump said the 60-day suspension, which he said aims to protect Americans’ jobs, applies to people seeking permanent residency.

"Our community definitely understands and knows the consequences of having Trump as president," said Laura Jiménez, the Biden campaign’s Latino engagement director. "This election is about our lives, our safety, our ability to thrive and be in this country and be accepted."

About 32 million Hispanics will be eligible to vote in November, accounting for 13.3% of the electorate, outpacing African Americans to become the largest minority voting bloc for the first time, according to the Pew Research Center.

Biden's campaign has increased the budget for Latino outreach efforts. He has called into Hispanic radio shows and held weekly "Unidos Con Biden," or "United For Biden," calls to engage Hispanic supporters. Lately, those have focused on speaking to Hispanic elected officials in states around the country about the fallout from the coronavirus.

In recent weeks, the campaign has begun using more nuanced approaches to target Latinos from an array of backgrounds since Cuban Americans have different concerns than those with ancestral roots in places such as Mexico, Puerto Rico or Venezuela.

Biden will soon begin vetting potential running mates who will likely include prominent Latinas such as Gov. Michelle Lujan Grisham of New Mexico and Sen. Catherine Cortez Masto of Nevada.

Still, the former vice president has not backed decriminalizing illegal border crossings, an issue on which he split from rivals including Sanders and former Obama administration housing chief Julián Castro during the primary.

Bernie Sanders, I-Vt., announced on a live video stream that he would be endorsing Joe Biden for president.

Hispanics also represent a high number of uninsured Americans, meaning Sanders’ support for universal health coverage under "Medicare for All" appealed to many — another issue Biden hasn’t embraced. Younger Latinos tend to be major supporters of sweeping initiatives to fight climate change, which Sanders backed and Biden didn't.

Since Sanders exited the race, his chief Hispanic strategist, Chuck Rocha, has launched a political action committee aiming to motivate Latino voters up and down the ballot, especially in battleground states like Pennsylvania. Rocha said that he had not spoken to the Biden campaign about Hispanic outreach but that such initiatives need to be well funded and start now, not mere weeks before the election when they can feel superficial.

"You do it with the same percentage of the budget that you spend talking to that white swing voter that voted for Donald Trump," Rocha said. "Democrats and progressives need to understand that there’s way more untapped potential in engaging a Latino infrequent voter."