The weight of the presidential election can be felt in New Hampshire as the candidates' family members visit with increased frequency.

First lady Melania Trump made a surprise trip to the Granite State on Thursday as part of her "Be Best" public awareness campaign, posting to Twitter in the morning that she would be flying up with the director of the Office of National Drug Control Policy, Jim Carroll.

The visit to Concord Hospital, where she met with hospital staff and held a roundtable event, was meant to highlight treatment programs at local hospitals for babies who are born with neonatal abstinence syndrome, complications related to opioid drug exposure while in the womb, Trump said.

The First Lady said she honored to be back in the Granite State and "excited" to learn about the programs the hospital has to offer.

"Each year, tens of thousands of babies are born suffering from neonatal abstinence syndrome in the United States — every 15 minutes, another child is born with NAS, dependent on opioids, and facing a fragile future without medical help," she said.

The First Lady talked about volunteer "cuddlers" who comfort babies as they recover.

"These volunteers are a shining example of the kind spirit found within this community and hospital," the First Lady said.

She also added that while addiction and drug abuse impact a large number of Americans, she is making it one of the three pillars of her Be Best initiative.

"Be Best encourages the creation of a safer, healthier, and more hopeful world for our children," she said.

After her visit to the hospital, the First Lady made a stop at the Manchester Fire Department Central Station. It's the same station she and the president visited in 2018.

The First Lady said she wanted to stop back and hear abou the progress of the "Safe Station Room" which allows for people overdosing on drugs to be treated.

Meanwhile, Eric Trump, one of the president's sons, is canvassing in Portsmouth, New Hampshire, on Thursday. The Trump campaign also announced that Vice President Mike Pence will visit next week.

On the other side of the aisle, Dr. Jill Biden and Kamala Harris‘s husband, Doug Emhoff, spent Wednesday speaking with veterans in Dover, New Hampshire. The top surrogates for former Vice President Joe Biden were hoping to build on what polls show is a seven-to-11-point lead for the Democratic presidential nominee.

Pence will campaign in Gilford, New Hampshire next Tuesday, weeks after President Donald Trump held a rally in the battleground state where he lost to Hillary Clinton by less than 3,000 votes in 2016. 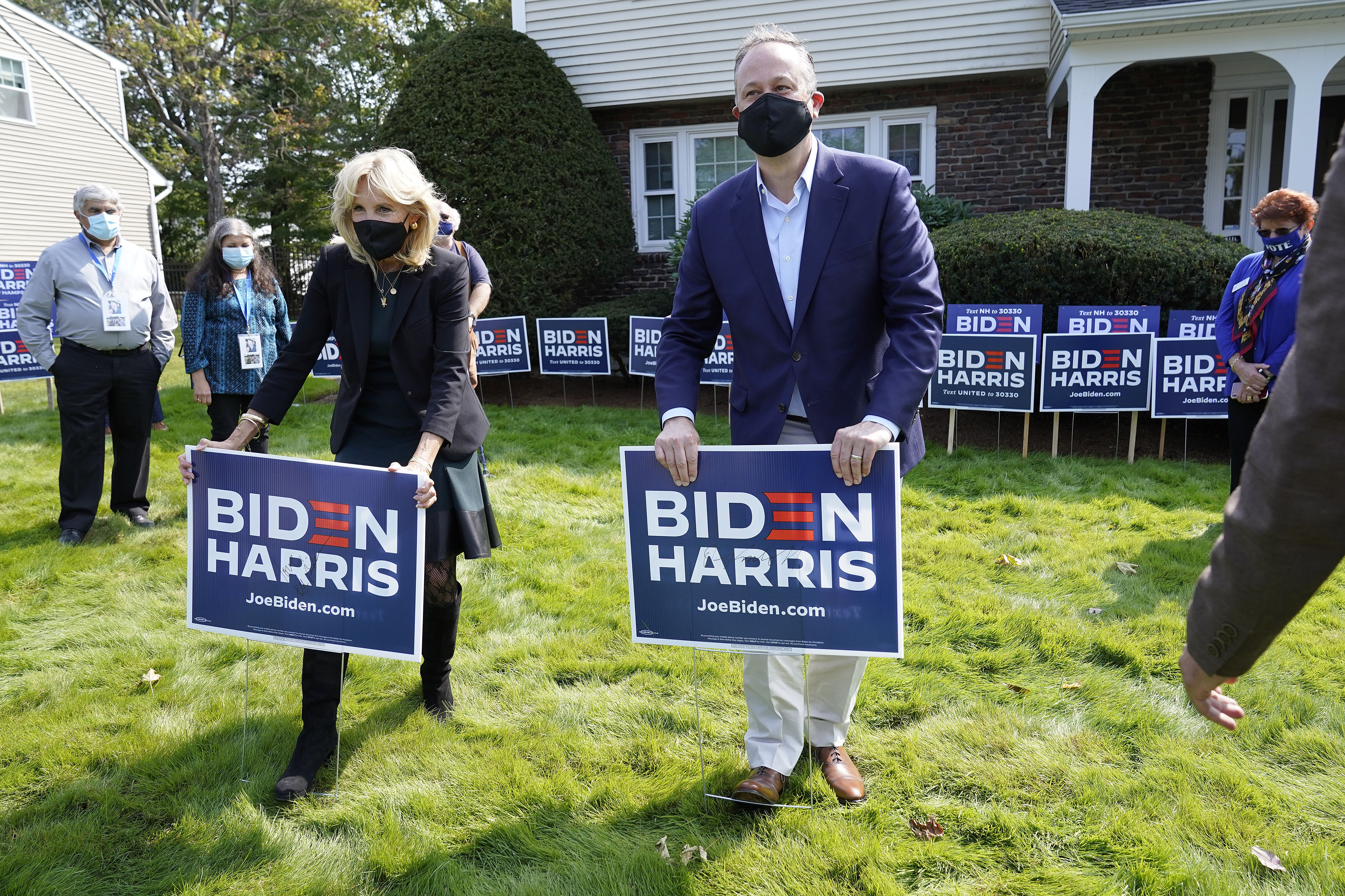 Spouses of Biden and Harris Stump for the Campaign in NH 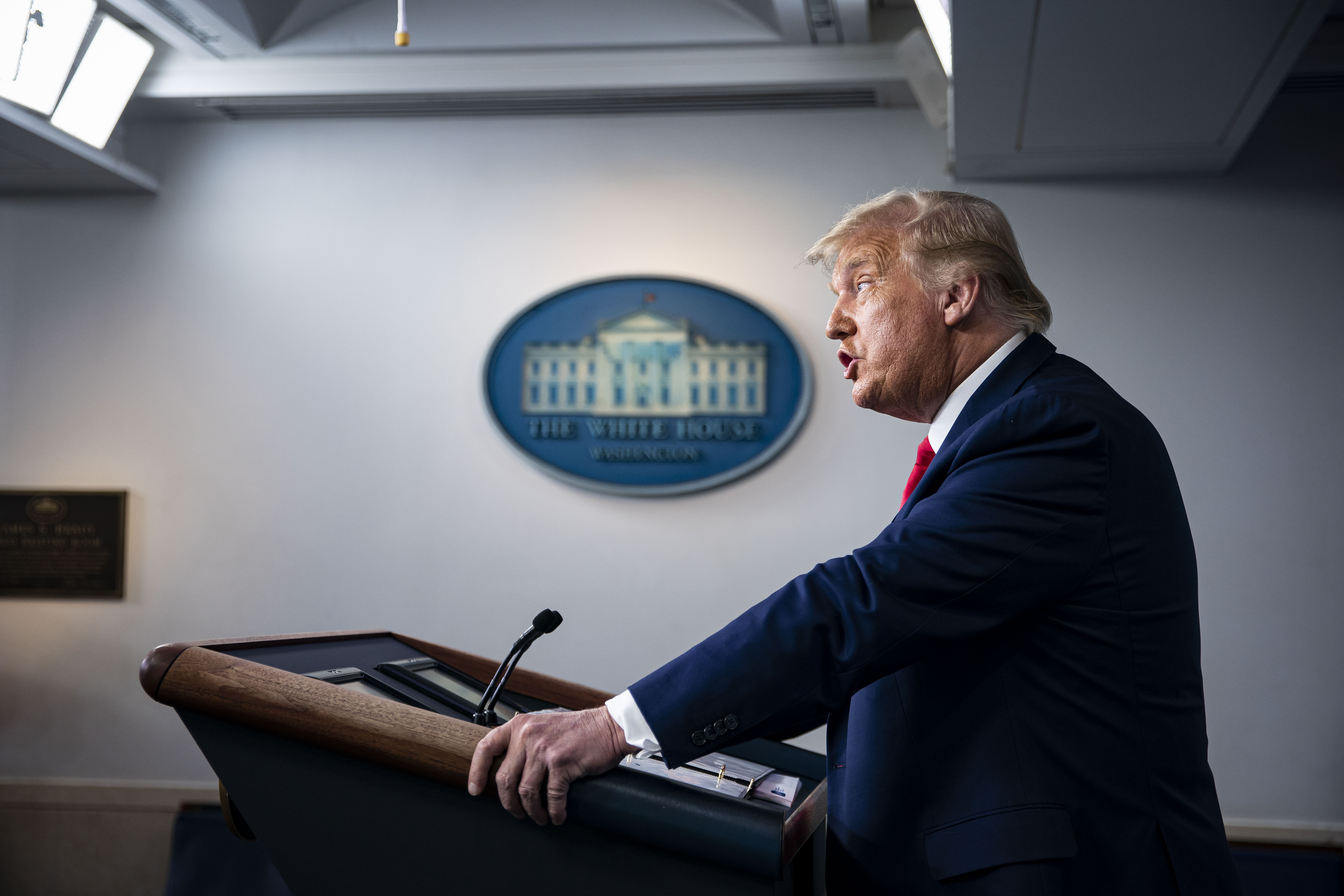 In ‘Law and Order' Debate, Data Can Be Molded to Suit Moment

According to a statement, the event will highlight what the campaign called the administration's efforts to rebuild the military and on "establishing law and order." It will be held Tuesday at 3 p.m. at the AutoServ Hangar at Gate K.

"That doesn’t change the fact that he and President Trump have failed to protect American lives and livelihoods here and around the country," Buckley said. "Granite Staters know the reality: six months into a global pandemic, thousands of us have lost jobs in the biggest economic downturn since the Great Depression, and we are nowhere close to the end of this crisis."

The Trump campaign urged voters to "reject the Left's socialist agenda," in the event announcement, claiming that Biden "threatens to destroy our country's success."

The rhetoric mirrors the president's message at last month's rally in Manchester, when Trump said he was the only thing standing between “democracy and the mob."

The late August event drew criticism over the tightly packed, largely mask-less crowd despite Republican Gov. Chris Sununu’s mask mandate for gatherings of more than 100 people in the state.