A growing number of Republican senators say they oppose holding an impeachment trial, a sign of the dimming chances that former President Donald Trump will be convicted on the charge that he incited a siege of the U.S. Capitol.

House Democrats, who will walk the impeachment charge of “incitement of insurrection” to the Senate on Monday evening, are hoping that strong Republican denunciations of Trump after the Jan. 6 riot will translate into a conviction and a separate vote to bar Trump from holding office again. But GOP passions appear to have cooled since the insurrection, and now that Trump's presidency is over, Republican senators who will serve as jurors in the trial are rallying to his legal defense, as they did during his first impeachment trial last year.

“I think the trial is stupid, I think it’s counterproductive,” said Sen. Marco Rubio, R-Fla.. He said that "the first chance I get to vote to end this trial, I’ll do it” because he believes it would be bad for the country and further inflame partisan divisions.

Arguments in the Senate trial will begin the week of Feb. 8. Leaders in both parties agreed to the short delay to give Trump's team and House prosecutors time to prepare and the Senate the chance to confirm some of President Joe Biden’s Cabinet nominees. Democrats say the extra days will allow for more evidence to come out about the rioting by Trump supporters who interrupted the congressional electoral count of Biden's election victory, while Republicans hope to craft a unified defense for Trump.

An early vote to dismiss the trial probably would not succeed, given that Democrats now control the Senate. Still, the Republican opposition indicates that many GOP senators would eventually vote to acquit Trump. Democrats would need the support of 17 Republicans — a high bar — to convict him.

When the House impeached Trump on Jan. 13, exactly one week after the siege, Sen. Tom Cotton, R-Ark., said he didn’t believe the Senate had the constitutional authority to convict Trump after he had left office. On Sunday, Cotton said “the more I talk to other Republican senators, the more they’re beginning to line up” behind that argument.

With less than a week left in office, President Donald Trump is staring down the prospect of a second senate impeachment trial. This time he'll have fewer allies to mount a defense in a trial expected to begin after he's already left the White House. Democrats also say they're looking beyond removal from office in order to uphold the constitution.

“I think a lot of Americans are going to think it’s strange that the Senate is spending its time trying to convict and remove from office a man who left office a week ago,” Cotton said.

Democrats reject that argument, pointing to a 1876 impeachment of a secretary of war who had already resigned and to opinions by many legal scholars. Democrats also say that a reckoning of the first invasion of the Capitol since the War of 1812, perpetrated by rioters egged on by a president who told them to “fight like hell” against election results that were being counted at the time, is necessary so the country can move forward and ensure such a siege never happens again.

A few GOP senators have agreed with Democrats, though not close to the number that will be needed to convict Trump.

Sen. Mitt Romney, R-Utah, said he believes there is a “preponderance of opinion” that an impeachment trial is appropriate after someone leaves office.

“I believe that what is being alleged and what we saw, which is incitement to insurrection, is an impeachable offense,” Romney said. “If not, what is?”

But Romney, the lone Republican to vote to convict Trump when the Senate acquitted the then-president in last year’s trial, appears to be an outlier.

Sen. Mike Rounds, R-S.D., said he believes a trial is a “moot point” after a president's term is over, “and I think it’s one that they would have a very difficult time in trying to get done within the Senate.”

The riot at the U.S. Capitol, and the possibility of more violent protests, along with the pandemic are taking a toll on the country's mental health. It comes atop an already difficult time as millions worry about rising Covid-19 case numbers, job losses and food insecurity. A Boston University study found rates of depression have tripled during the pandemic.

And Sen. John Cornyn, R-Texas, had tweeted on Saturday: “If it is a good idea to impeach and try former Presidents, what about former Democratic Presidents when Republicans get the majority in 2022? Think about it and let’s do what is best for the country.”

On Friday, GOP Sen. Lindsey Graham of South Carolina, a close Trump ally who has been helping him build a legal team, urged the Senate to reject the idea of a post-presidency trial — potentially with a vote to dismiss the charge — and suggested Republicans will scrutinize whether Trump’s words on Jan. 6 were legally “incitement.”

Sen. John Barrasso, R-Wyo., said Democrats were sending a message that “hatred and vitriol of Donald Trump is so strong” that they will hold a trial that stops Biden's policy priorities from moving. Sen. Ron Johnson, R-Wis., suggested Democrats are choosing “vindictiveness” over national security as the new president tries to set up his administration. 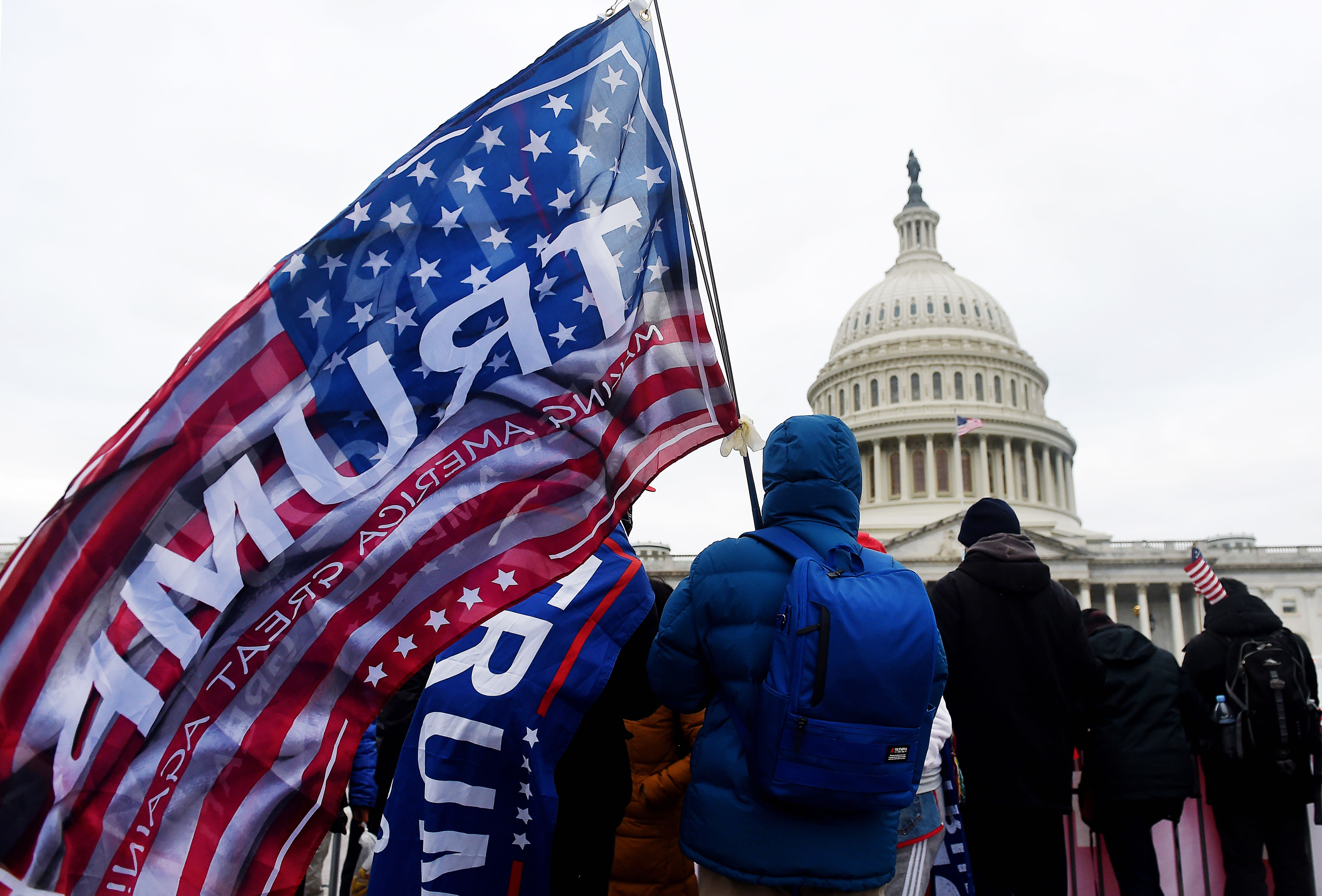 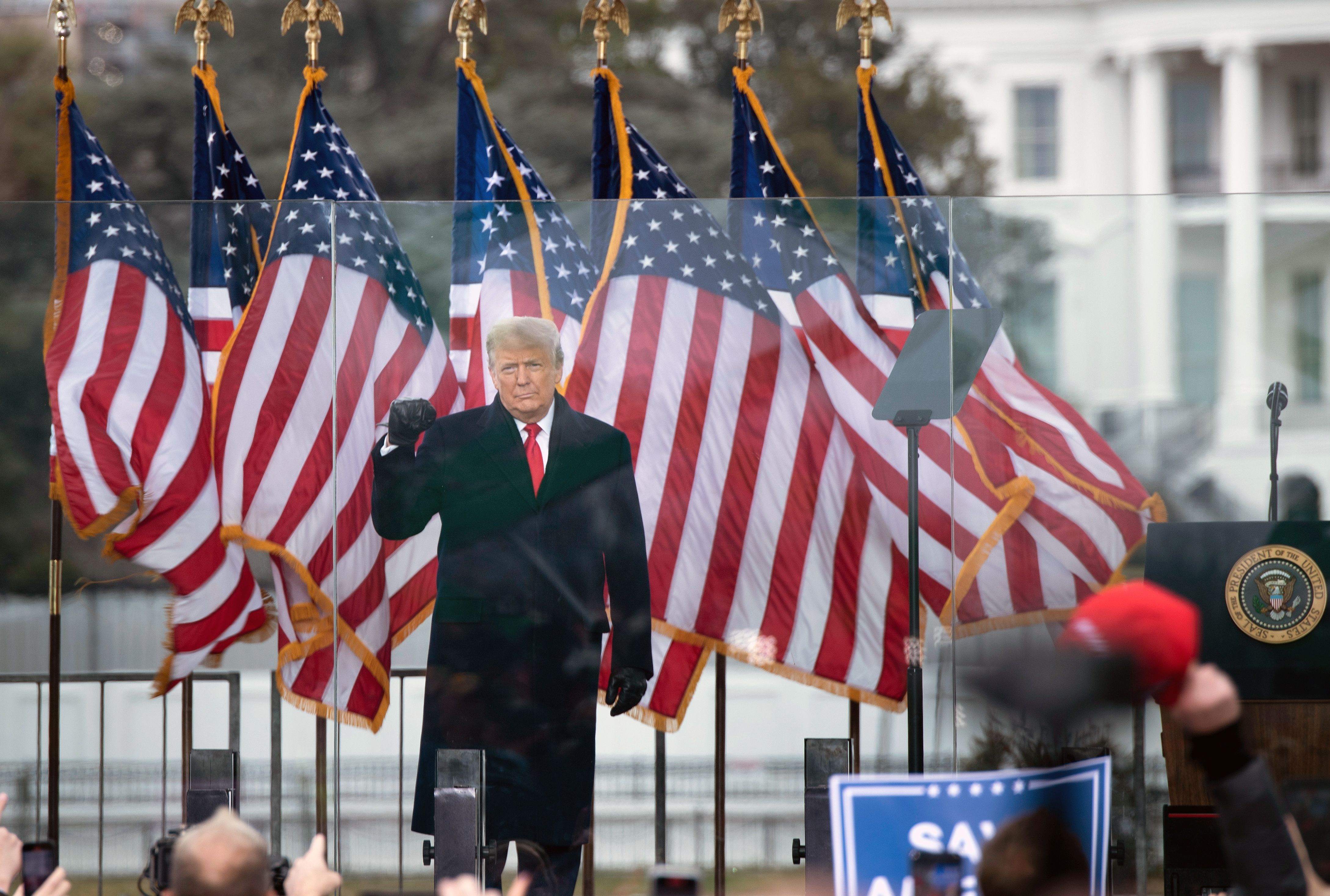 Senate Republican leader Mitch McConnell, who said last week that Trump “provoked” his supporters before the riot, has not said how he will vote or argued any legal strategies. The Kentucky senator has told his GOP colleagues that it will be a vote of conscience.

One of House Speaker Nancy Pelosi’s nine impeachment managers said Trump’s encouragement of his loyalists before the riot was "an extraordinarily heinous presidential crime."

“I think you will see that we will put together a case that is so compelling because the facts and the law reveal what this president did,” said Rep. Madeleine Dean, D-Pa. "I mean, think back. It was just two-and-a-half weeks ago that the president assembled a mob on the Ellipse of the White House. He incited them with his words. And then he lit the match.”

Trump’s supporters invaded the Capitol and interrupted the electoral count as he falsely claimed there was massive fraud in the election and that it was stolen by Biden. Trump’s claims were roundly rejected in the courts, including by judges appointed by Trump, and by state election officials.

Sen. Chris Coons, D-Del., said in an interview with The Associated Press on Sunday that he hopes that evolving clarity on the details of what happened Jan. 6 “will make it clearer to my colleagues and the American people that we need some accountability.”

Coons questioned how his colleagues who were in the Capitol that day could see the insurrection as anything other than a “stunning violation” of the centuries-old tradition of peaceful transfers of power.

“It is a critical moment in American history and we have to look at it and look at it hard,” Coons said.

Rubio and Romney were on “Fox News Sunday,” Cotton appeared on Fox News Channel's “Sunday Morning Futures” and Romney also was on CNN's “State of the Union,” as was Dean. Rounds was interviewed on NBC's “Meet the Press.”