Abortion access in several states could hinge on the outcome of November elections of lawmakers, governors, supreme court justices, and attorneys general.

The online commercials in a state senate race in some Raleigh, North Carolina, suburbs make an ominous claim, similar to one repeated across the country ahead of the Nov. 8 election: The Republican candidate “wants to strip away our reproductive rights.”

The Republican, Mark Cavaliero, says the Planned Parenthood-affiliated political action committee behind the ads is misrepresenting his views, which he says stop short of endorsing a complete abortion ban in one of the Southern states with the fewest abortion restrictions. “There should be some limit,” he said in an interview. “Where that limit is is up for discussion.”

The same theme is echoing in elections across the country in the first nationwide election since the U.S. Supreme Court in June overturned Roe v. Wade, the 1973 decision that protected the right to abortion nationally. 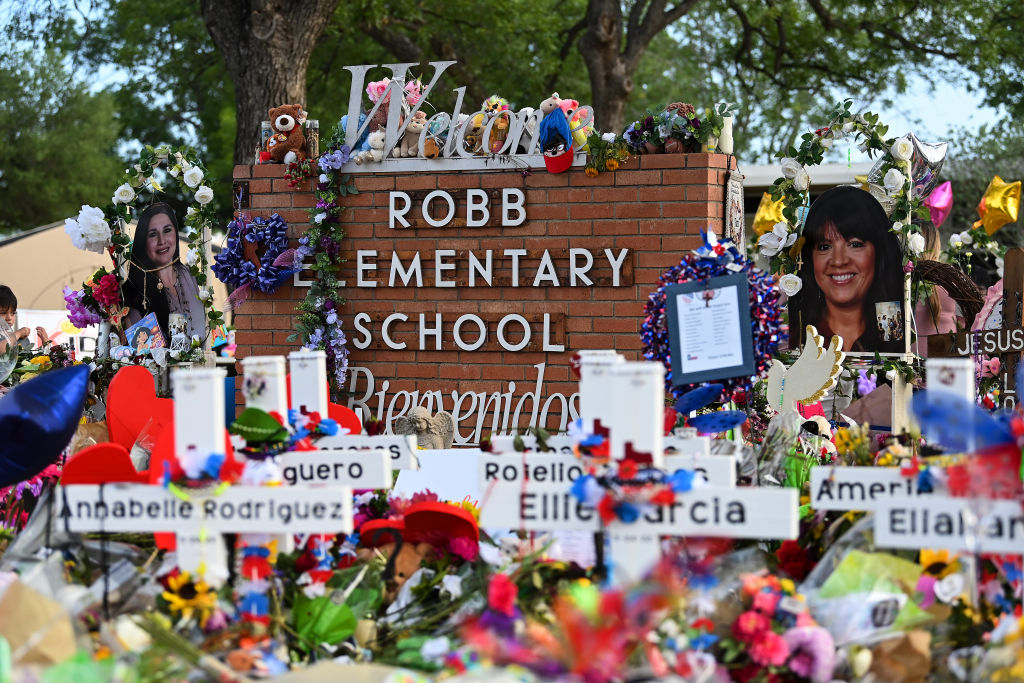 “Our Children Aren't Safe”: Uvalde Families Make Push for Gun Reform Ahead of the Midterms 2022 Midterms: How a Democratic or GOP Congress May Impact Your Federal Taxes

Now, it's a state-by-state question that's the subject of ballot measures in some states and is a major issue in many elections across the U.S. on Nov. 8. Outcomes of elections for governors, state lawmakers, supreme court justices, and attorneys general could determine abortion access. Beyond that, a nationwide ban on abortions after 15 weeks of pregnancy has been proposed in Congress.

Abortion-rights groups and Democratic candidates are sounding alarms that Republicans would curtail access. Republicans, even those who have supported abortion bans, are campaigning mostly about other issues, including inflation and crime.

Still, it's clear that certain Republican victories could result in abortion restrictions.

“We’ve got states like Kansas, Pennsylvania, even Georgia, and Wisconsin where the governor's races or state legislature races could determine perhaps where these states go on abortion rights, even though abortion isn't directly on the ballot,” said Linda Goler Blount, president of the Black Women's Health Imperative.

The 2014 congressional elections continue to shape the judiciary in ways that impact decisions to this day.

Carol Tobias, president of the National Right to Life Committee, also says results from the election will shape abortion policy. “If Republicans are elected, we may be able to pass some measures," she said in an interview.

In North Carolina, where both chambers of the legislature are under GOP control, Democratic Gov. Roy Cooper has twice vetoed bills that would have restricted abortion, which is currently barred after 20 weeks of pregnancy, with narrow exceptions for urgent medical emergencies for the pregnant woman.

The equation could change if Republicans can pick up two more seats in the state Senate and three in the House, giving the party enough members to override vetoes from Cooper, whose term runs another two years.

That’s why Planned Parenthood Action PAC North Carolina has been airing ads targeting Cavaliero and other Republicans in districts where voting margins are expected to be tight. It's part of a nationwide campaign that planned to spend $50 million.

Democratic incumbent Sydney Batch recounted at a recent campaign event about how, when she was in the state House in 2019, she was present to vote against a veto override even though she was recovering from a mastectomy.

“My colleagues and I will continue to show up because we believe that medical decisions and bodily autonomy of every woman in North Carolina should be in their hands,” she said.

Cavaliero said he doesn't want to ban abortion entirely and is not the “anti-abortion extremist” that the ad calls him.

“I take a very reasonable position,” he said. “I feel like at some point during the pregnancy, abortion becomes a real problem.”

While Republican lawmakers in North Carolina have supported restricting abortion, there’s no consensus on how to do it.

That's been a theme since June's U.S. Supreme Court ruling made bans into realities, leaving even abortion opponents divided on details.

The two states where lawmakers have passed new bans since June — Indiana, where enforcement is on hold amid a legal challenge, and West Virginia — did so only after debates that led to including exceptions for pregnancies caused by rape or incest.

Polling has shown that most voters want abortion to remain legal. That was reflected in the first election on the issue since Roe was overturned, when Kansas voters rejected a ballot measure in August that would have allowed lawmakers to tighten restrictions or ban abortion.

Kansas Democrats are rallying voters by focusing on abortion access.

At a recent meeting in the town of Wamego, local Democrats wrote postcards to voters urging them to protect abortion rights. Kathy Swenson, a 71-year-old retired teacher, summarized the message: “If you think your rights are protected just because of Aug. 2, you’re wrong.”

Gov. Laura Kelly, a Democrat in a state where Republicans control the Legislature, is seeking re-election. Her Republican opponent, Derek Schmidt, and the GOP candidate for attorney general, Kris Kobach, have promised to defend existing restrictions against any court challenges.

Three years after a state supreme court ruling that found the Kansas Constitution protects abortion rights, Kansans for Life is urging supporters to vote against retaining five of the six justices who are on the ballot.

Also being closely watched is the governor's race in Arizona, where a ban on abortions after 15 weeks' gestation is in effect while courts decide whether to allow enforcement of a law that would ban abortions at all stages of pregnancy.

In Pennsylvania, the election of a new governor could keep the status quo -- abortions allowed up to 24 weeks -- or install a Republican-controlled government that would be expected to roll back abortion rights. The current governor, Democrat Tom Wolf, has vetoed restrictions passed by the GOP-controlled Legislature.

Democratic candidate Josh Shapiro has made abortion access a prominent feature of his campaign, raising it at a recent event with union members in Philadelphia. “The other side, they love to talk a good game about freedom, right?” Shapiro said. “Let me tell you something: it’s not freedom to tell women what they’re allowed to do with their bodies.”

Republican Doug Mastriano used his opposition to abortion to help win the primary, saying “life” was the most important issue. He has downplayed that view during the general election campaign, dropping it from his stump speech and handing the microphone to his wife, Rebecca, to bring it up.

“As conservatives, as Republicans we very much believe in women’s rights,” she told a rally in Erie in October. “In fact, we carry the torch on that. First of all, we believe in a woman’s right to be born.”

Since the Supreme Court ruling, bans on abortion at any stage of pregnancy have been adopted or kicked in in a dozen states. In a 13th, Wisconsin, clinics have stopped providing abortions amid uncertainty about whether an 1849 ban applies.

There, Democratic Attorney General Josh Kaul is suing to overturn the ban — a move supported by the Democratic governor, Tony Evers. Both are up for election this year in a state where Republicans control the Legislature.

The GOP candidate for governor, Tim Michels, supported the ban during the primary. He now says that if he's elected, he would sign a bill granting exceptions for pregnancies caused by rape or incest.

In liberal Oregon, one of a handful of states with no abortion restrictions, the issue looms large in the gubernatorial election.

Republican Christine Drazan says she would follow the law if elected governor in a state that has helped fund abortion care for women throughout the Northwest.

“A governor can do a lot of damage even if there’s a law on the books: stopping agencies, not being a champion, not moving resources to help Oregonians," she said.

Polls attempting to predict the outcome of elections have prompted a lot of criticism recently. But in the 2020 presidential race and the 2018 midterms, polling was actually pretty accurate. NBCLX political editor Noah Pransky breaks down why so many people distrust political polls and how faith in them can be restored.
Copyright AP - Associated Press