Polls closed three days ago in Arizona, but counting votes for the 2022 midterm elections continued into the weekend.

Polls closed three days ago in Arizona, but counting for the 2022 midterm elections continued into the weekend as officials tallied votes cast in Maricopa County and across the state in races including Senate and governor.

Arizona's votes are announced in waves and typically take past Election Day itself to tally. The wait isn't new, although in cycles past, it has become a window that candidates have used to cast doubts about an election's integrity.

Officials in Maricopa — the state's most populated county, home to Phoenix — released another batch of 80,000 votes around 10 p.m. Eastern Time on Friday. Those votes enabled The Associated Press to declare victors in some but not all pending races.

Here's a rundown on how things are shaking out as Arizona's vote count continues:

Democratic Sen. Mark Kelly won reelection against Republican Blake Masters, the AP declared late Friday after the Maricopa votes came in, putting Democrats within one seat of retaining control of the U.S. Senate.

But the AP hasn't called the open governor's race between Katie Hobbs, the Democratic secretary of state, and Republican Kari Lake, a former TV broadcaster; the contest for Arizona's attorney general; or two of the state's U.S. House races.

Lake was about a point and a half behind Hobbs, and the Republican candidate for attorney general also trailed narrowly.

What Are the Rules of the Game?

Almost all of Arizona's vote happens by mail, and counting all of those ballots can take a while, particularly in a county as large as Maricopa. The state's largest — and fourth-largest in the country — Maricopa is home to a total of 4.5 million residents, and about 2.4 million registered voters.

Early votes in Arizona can be counted as they come in, meaning that officials don't have to wait until polls close on Election Day to start.

What Happened on Election Day?

There were some Republican activists in Arizona who advocated that voters intentionally wait until Election Day itself to drop off their ballots. Some of this push was based on unfounded theories that fraudsters could manipulate voting systems and rig results for Democrats, once they had seen how many GOP votes had been returned early.

Experts had also warned that such a last-minute crush of ballots could end up creating delays that can ultimately be used by a bad actor to undermine confidence in the election. But there were indications that many GOP voters had heeded that call — the volume of mail-in ballots dropped off on Election Day far surpassed previous years in some counties — which Lake and other Republicans saw as reason to be confident the later ballots would break their way. Trump Sues Jan. 6 Committee Over Subpoena Compelling Him to Testify and Provide Documents 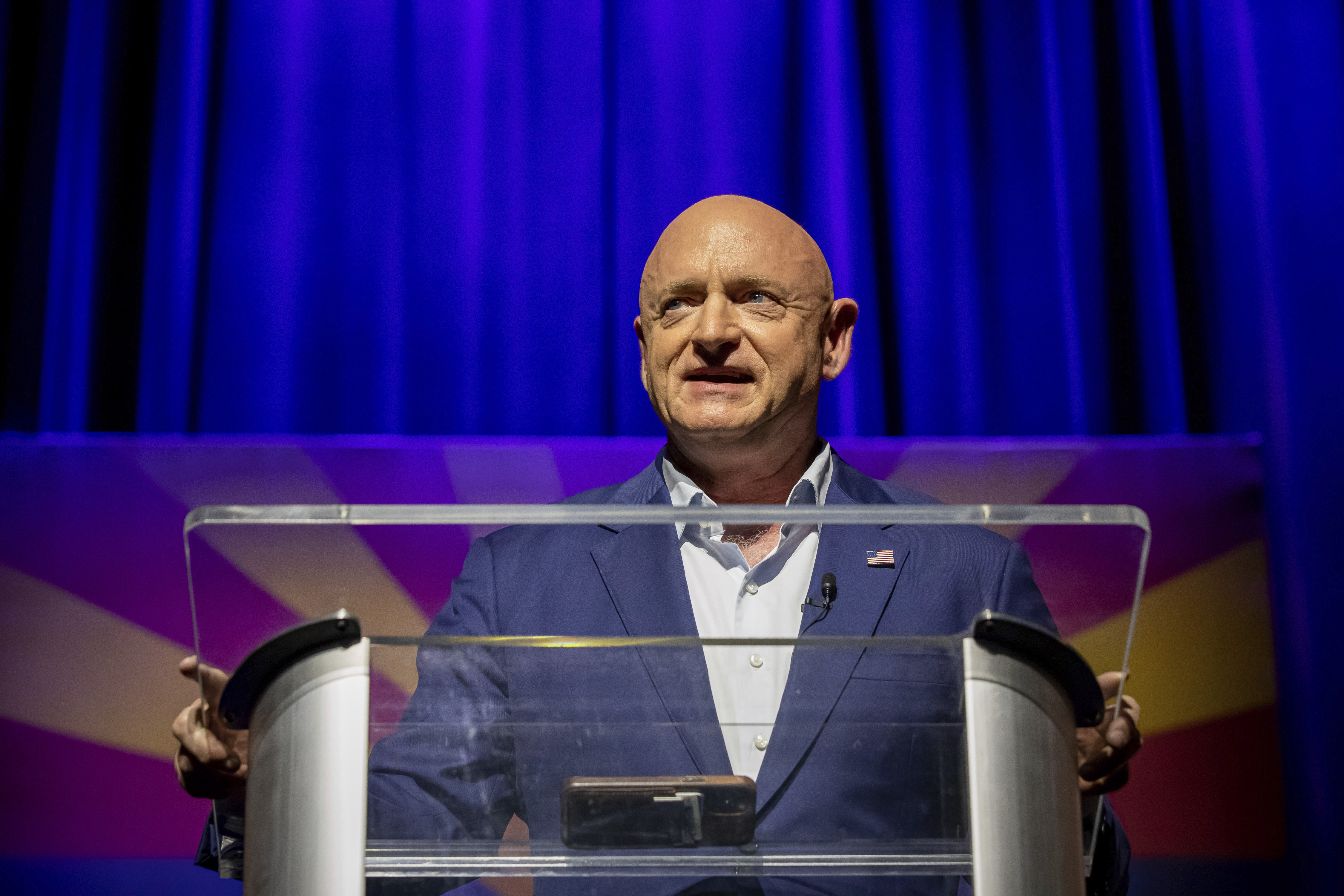 There were other, more minor hangups this year. About a quarter of voting centers in Maricopa County had a printing problem Tuesday, in which marks weren't showing up correctly when voters showed up to print out their ballots. The issue ultimately got rectified, and election officials assured voters that every ballot would be counted.

Lake suggested those voting centers were disproportionately in heavily Republican areas, but information provided by the county showed they were spread throughout Phoenix and the rest of the county.

Most Arizona counties don't count ballots in-house, with officials instead bringing them to a central facility. Maricopa County officials count drop box ballots at their central facility, which was the scene of protests by hundreds of Trump supporters, some of whom were armed, after his 2020 election loss.

Why Does This Sound Familiar?

There was intense scrutiny on Arizona's processes, rules and counting after the 2020 election, when Joe Biden notched his slimmest margin of victory in the state, becoming the first Democratic presidential hopeful to win Arizona since 1996.

In the weeks after that election, though, there were myriad protests and court challenges to the results.

In 2016, a decision to reduce the number of Maricopa County's polling places during the presidential preference primary resulted in hours-long lines that caused some voters to leave the polls without casting their ballots.

In primary elections two years later, dozens of county polling places weren’t set up and ready to accept voters when polls were supposed to open, resulting in cascading issues throughout the day.

But there was no evidence of widespread fraud.

When Do We Get New Numbers?

Officials estimated there were about 250,000 Maricopa County votes left to count after a chunk of 80,000 was posted late Friday. Tens of thousands of those were ballots that came in on Election Day itself — votes known in some places as “late earlies,” the counting of which has been known to hold up tabulation.

In all of Arizona, officials said there are some 400,000 ballots left to count, with the margin in the governor's race sitting at just over 31,000 votes.

About 17,000 ballots — or about 7% of those cast in person on Election Day — were set aside due to the problem with printers at about a quarter of the county’s vote tabulation centers. A judge denied a request from Republicans to keep the polls open, saying he didn’t see evidence that people were not allowed to vote.