The crisis gripping the Middle East stems from Trump's withdrawal of the U.S. a year ago from the nuclear deal with Iran and other world powers

Iran warned Tuesday that new U.S. sanctions targeting its supreme leader and other top officials meant "closing the doors of diplomacy" between Tehran and Washington amid heightened tensions, even as President Hassan Rouhani derided the White House as being "afflicted by mental retardation."

President Donald Trump called that a "very ignorant and insulting statement," tweeting that an Iranian attack on any U.S. interest will be met with "great and overwhelming force ... overwhelming will mean obliteration." His secretary of state said the Iranian statement was "immature."

The sharp remarks from Tehran shows the pressure that the nation's Shiite theocracy and its 80 million people feel over the maximalist campaign of sanctions by the Trump administration. From Israel, U.S. National Security Adviser John Bolton said Iran could walk through an "open door" to talks with America but also warned that "all options remain on the table" if Tehran makes good on its promise to begin breaking one limit from its 2015 nuclear deal with world powers.

However, there are no signs the Iranian leadership would welcome talks.

"The useless sanctioning of Islamic Revolution Supreme Leader (Khamenei) and the commander of Iranian diplomacy means closing the doors of diplomacy by the U.S.' desperate administration," Iranian Foreign Ministry spokesman Abbas Mousavi tweeted. "Trump's government is annihilating all the established international mechanisms for keeping peace and security in the world."

Trump enacted the new sanctions against Supreme Leader Ayatollah Ali Khamenei and his associates on Monday. 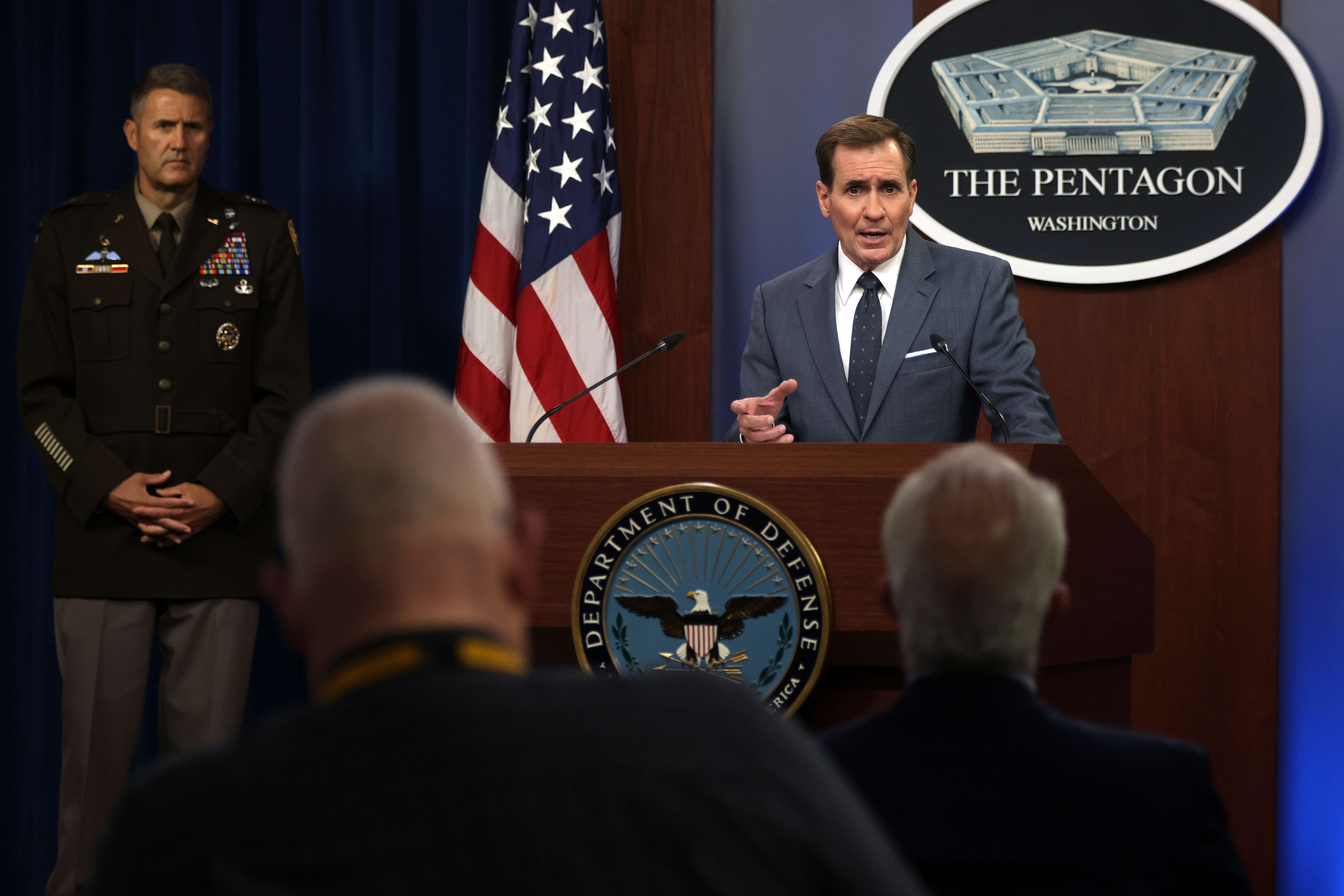 "You sanction the foreign minister simultaneously with a request for talks," an exasperated Rouhani said. He called the sanctions against Khamenei "outrageous and idiotic," especially since the 80-year-old Shiite cleric has no plans to travel to the United States.

"The White House is afflicted by mental retardation and does not know what to do," he added in Farsi, using a term similarly as offensive in English.

While U.S. Secretary of State Mike Pompeo said he hadn't heard Rouhani's reaction to the new sanctions, he said that if true, "that's a bit immature and childlike."

"But know that the United States will remain steadfast in undertaking the actions that the president laid out in this strategy to create stability throughout the Middle East, which includes the campaign we have, the economic campaign, the pressure campaign that we have on the Islamic Republic of Iran," Pompeo added.

The crisis gripping the Middle East stems from Trump's withdrawal of the U.S. a year ago from the nuclear deal with Iran and other world powers and then imposing crippling new sanctions on Tehran. Recently, Iran quadrupled its production of low-enriched uranium to be on pace to break one of the deal's terms by Thursday, while also threatening to raise enrichment closer to weapons-grade levels on July 7 if European countries still abiding by the accord don't offer a new deal.

Citing unspecified Iranian threats, the U.S. has sent an aircraft carrier to the Middle East and deployed additional troops alongside the tens of thousands already there. All this has raised fears that a miscalculation or further rise in tensions could push the U.S. and Iran into an open conflict, 40 years after the Islamic Revolution.

The sanctions followed Iran's downing on June 20 of a U.S. surveillance drone, worth over $100 million, above the Strait of Hormuz, sharply escalating the crisis. Trump then said he pulled back from the brink of retaliatory military strikes but continued his pressure campaign against Iran.

Mousavi's statement echoed that of Iran's U.N. ambassador, Majid Takht Ravanchi, who warned Monday that the situation in the Persian Gulf is "very dangerous" and said any talks with the U.S. are impossible in the face of escalating sanctions and intimidation. Meanwhile, the U.S. envoy at the United Nations, Jonathan Cohen, said the Trump administration's aim is to get Tehran back to negotiations.

Pompeo held talks Monday with officials in the United Arab Emirates and Saudi Arabia about building a broad, global coalition that includes Asian and European countries to counter Iran. He is likely to face a tough sell in Europe and Asia, particularly from those nations still committed to the nuclear deal with Iran.

Meanwhile, Bolton said Trump was open to real negotiations to eliminate Iran's nuclear weapons program and "all that Iran needs to do is walk through that open door." He was meeting with his Russian and Israel counterparts in a first-of-its-kind trilateral security summit in Jerusalem that was focused on Iranian involvement in regional conflicts, particularly in neighboring Syria.

"As we speak, American diplomatic representatives are surging across the Middle East, seeking a path to peace. In response, Iran's silence has been deafening," Bolton said. "There is simply no evidence that Iran has made the strategic decision to renounce nuclear weapons and open realistic discussions to demonstrate that decision."

But only hours later, Bolton told a news conference that "all options remain on the table" if Iran goes over the limit for its low-enriched uranium stockpile as planned by Thursday.