Kim Janey believes her history-making ascension to acting mayor of Boston marks a new chapter in the city's history.

She became the city's first Black mayor and first female mayor in a position that dates back to 1822 when she was sworn in on Wednesday. Janey, who was president of the Boston City Council, replaced Marty Walsh, who resigned to become secretary of labor under President Joe Biden.

Janey, 55, is a Boston native who could've never imagined while growing up in the city's tumultuous era of school desegregation that she would one day be Boston's first Black female mayor.

"No, never in a million years, and me sitting here as the first Black mayor and as the first woman mayor is really a sign that it's truly a new day in Boston," she told Craig Melvin and Al Roker on the 3rd hour of TODAY Thursday. "It is a new day, and my focus is on recovery, reopening and renewal."

She went from an 11-year-old experiencing a white mob yelling racial slurs and throwing rocks at her school bus in 1976 to occupying the city's highest office.

"What is clear is that we cannot go back," she said. "We have to go better, and we need a more equitable Boston. We need to come out of this pandemic equitably." 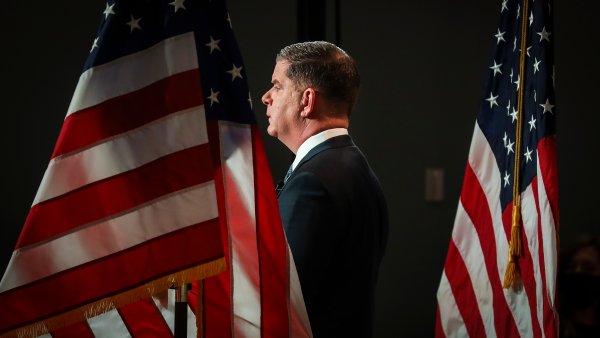 "I am certainly considering running," she said. "There are a lot of challenges before our city. These challenges have been with us for some time before COVID and they will require all of us to come together as a city to do this work together, and I will be making an announcement in the coming weeks."

Before she can focus on that decision, she has one clear item at the top of her agenda.

She also is facing the issue of schools reopening during the pandemic. Boston Public Schools announced Wednesday that it had received state approval to delay returning to in-person learning for K-8 students until April 26, according to NBC Boston.

"We certainly want to make sure that we are following the public health guidance," Janey said. "Our teachers just became eligible just days ago, and ... so we need to make sure that they are getting vaccinated and that our school buildings are safe. Nothing is more important than getting our children back into the classroom with their teachers and with their peers, but we have to do so safely."