While the exchange represents a rare win for both countries, it comes as Iran still faces crushing American sanctions and the aftermath of nationwide protests that reportedly saw over 200 people killed

A Princeton scholar held for three years in Iran on widely criticized espionage charges was freed Saturday as part of a prisoner exchange that saw America release a detained Iranian scientist, a rare diplomatic breakthrough between Tehran and Washington after months of tensions.

The trade on the tarmac of a Swiss airport saw Iranian officials hand over Chinese-American graduate student Xiyue Wang for scientist Massoud Soleimani, who had faced a federal trial in Georgia over charges he violated sanctions by trying to have biological material brought to Iran. 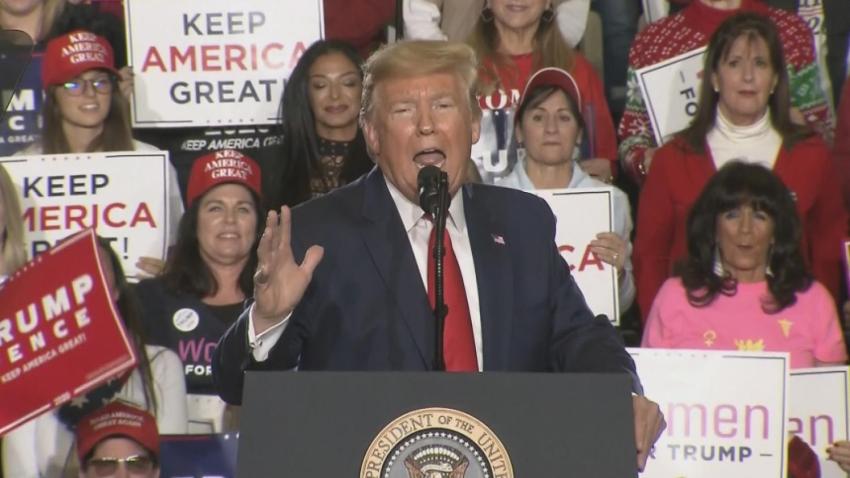 Meanwhile, Western detainees from the U.S. and elsewhere remain held by Tehran, likely to be used as bargaining chips for future negotiations. At least two American families of detainees, while praising Wang's release, questioned why their loved ones didn't come home as well.

Wang's release had been rumored over recent days. One lawyer involved in his case tweeted out a Bible verse about an angel freeing the apostle Peter just hours before Iranian Foreign Minister Mohammad Javad Zarif broke the news in his own tweet. He posted pictures of himself with Soleimani at the Zurich airport before quickly whisking him back to Tehran by jet.

Trump shortly after acknowledged Wang was free in a statement from the White House, thanking Switzerland for its help. The Swiss Embassy in Tehran looks out for America's interests in the country as the U.S. Embassy there has been closed since the 1979 student takeover and 444-day hostage crisis.

``We're very happy to have our hostage back. The whole Princeton University community is very thrilled and it was a one-on-one hostage swap," said Trump, speaking to reporters outside the White House before he left on a trip to Florida. "Actually I think it was a great thing for Iran. I think it was great to show that we can do something. It might have been a precursor as to what can be done. But we have our hostage back.''

Brian Hook, the U.S. special representative for Iran, accompanied the Soleimani to Switzerland to make the exchange. He later posed for a photograph with Wang, who carried a folded American flag in his arms while wearing gray workout clothes.

Hook and Wang traveled to Landstuhl hospital near Ramstein Air Base in Germany where Wang likely will be examined by doctors for several days.

"Our son Shaofan and I have waited three long years for this day and it's hard to express in words how excited we are to be reunited with Xiyue," she said. "We are thankful to everyone who helped make this happen."

Soleimani arrived at Tehran's Mehrabad International Airport with Zarif, where his wife and family wrapped garlands of yellow and purple carnations around his neck. He briefly spoke to journalists from state-run media, his voice shaking and a tear running down his face under a portrait of the late Supreme Leader Ayatollah Ruhollah Khomeini.

"Their grudge against us is based on our scientific growth," Soleimani said. "They are afraid of our knowledge."

Wang was sentenced to 10 years in prison in Iran for allegedly "infiltrating" the country and sending confidential material abroad. Wang was arrested in 2016 while conducting research on the Qajar dynasty that once ruled Iran for his doctorate in late 19th- and early 20th-century Eurasian history, according to Princeton.

Wang's family and Princeton strongly denied the claims. The United Nations' Working Group on Arbitrary Detention said "there was no legal basis for the arrest and detention."

Westerners and Iranian dual nationals with ties to the West often find themselves tried and convicted in closed-door trials, only later to be used as bargaining chips in negotiations.

Soleimani works in stem cell research, hematology and regenerative medicine. He and his lawyers maintained his innocence, saying he seized on a former student's plans to travel from the U.S. to Iran in September 2016 as a chance to get recombinant proteins used in his research for a fraction of the price he'd pay at home.

Zarif in September said in an interview with NPR that he had pushed for an exchange of Wang for Soleimani. Speaking in Tehran on Saturday night, Zarif referred to Wang as a "spy" who received his release due to "Islamic mercy."

It remains unclear whether this exchange will have a wider effect on Iranian-U.S. relations. Iran has accused the U.S. without evidence of being behind the mid-November protests over gasoline prices. The demonstrations and the crackdown reportedly killed at least 208 people, though Iran has refused to release nationwide statistics over the unrest.

A U.S. official, speaking to journalists on condition of anonymity to discuss negotiations with Iran, suggested the maximum pressure campaign targeting Tehran would continue.

"There's been absolutely no payment of cash or lifting of sanctions or any sort of concessions or ransom in any of these cases, and certainly not with respect to Mr. Wang," the official said.

There had been signs a swap could be coming. In June, Iran released Nizar Zakka, a U.S. permanent resident from Lebanon who advocated for internet freedom and has done work for the U.S. government. The U.S. then deported Iranian Negar Ghodskani in September, who had been brought from Australia and later sentenced to time served for conspiracy to illegally export restricted technology to Iran.

Others held in Iran include U.S. Navy veteran Michael White, who is serving a 10-year espionage sentence, as well as environmentalist Morad Tahbaz, an Iranian with U.S. and British citizenship also initially sentenced to 10 years in prison.

Also in Iran are 83-year-old Baquer Namazi and his son, Siamak Namazi, dual Iranian-American nationals facing 10-year sentences after they were convicted of collaborating with a hostile power. Baquer Namazi now is on a prison furlough, said Alireza Miryousefi, a spokesman at Iran's mission to the United Nations. However, the Namazis say he remains unable to leave Iran.

Babak Namazi, Baquer's son and Siamak's brother, issued a statement saying he was "beyond devastated that a second president" had left the two behind. An earlier 2016 prisoner swap as the nuclear deal took effect saw prisoners including Washington Post journalist Jason Rezaian released but not the Namazis.

Former FBI agent Robert Levinson, who vanished in Iran in 2007 while on an unauthorized CIA mission, remains missing as well. Iran says that Levinson is not in the country and that it has no further information about him, but his family holds Tehran responsible for his disappearance.

"We can't help but be extremely disappointed that, despite all its efforts, the United States government was unable to secure his release, especially after such a painful week for our family," the Levinson family said in a statement. "Iranian authorities continue to play a cruel game with our father's life, and with our family. But the world knows the truth, and Iranian leadership must come clean."