Democratic presidential candidates were scheduled to make a slew of appearances across New Hampshire Monday, one day ahead of the state's first-in-the-nation primaries.

"It‘s absolutely imperative, not only for our sake but for our kids and our grandchildren, that we defeat this most dangerous president,” Sen. Bernie Sanders told supporters Monday morning.

Among other appearances, Sanders appeared later in the day at a rally along with "The Strokes" at the University of New Hampshire in Durham.

New Hampshire's First-in-the-Nation presidential primary is on Feb. 11. Take a look at news and information to help you make your choice. 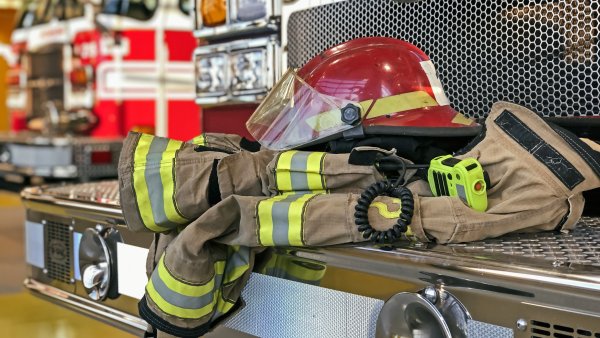 It's down to the final sprint in New Hampshire in the marathon campaign for Democratic presidential hopefuls. Candidates worked the diner circuit Monday morning, hoping for a last-minute edge in a game of inches.

Before "The Strokes" brought down the lights, it was Sanders who blew off the roof at the UNH arena

Sanders said it was the largest of any event from the Democratic field, while calling this a hugely consequential election and labeled President Donald Trump a dangerous leader.

"We are going to legalize marijuana in every state in this country," the Vermont senator said.

In a closing argument in front of a crowd his campaign tells us numbered more than 7,500, Sanders offered a long list of reasons he should be the pick of New Hampshire Democrats on Tuesday.

"Federal agents will never snatch babies away from the arms of their mothers!" he said.

Sanders has said a big win in New Hampshire will send a powerful message to the rest of the country about his platform.

Pete Buttigieg was slated to appear at two rallies on Monday, including one at Exeter High School at 8 p.m. Joe Biden, Amy Klobuchar and Elizabeth Warren were among candidates slated to make multiple appearances.

According to the latest NBC10 Boston/Franklin Pierce University/Boston Herald poll, Buttigieg had pulled into a statistical dead heat with Sanders among Democratic presidential contenders.

Sanders took a veiled swipe at Buttigieg at a breakfast event.

“Unlike some of my opponents I don’t have contributions from the CEOs of pharmaceutical industry, from Wall Street tycoons,” Sanders said.

The poll of likely New Hampshire primary voters, released Sunday, has Sanders in first place at 23%, followed by Buttigieg at 20%, Elizabeth Warren at 16% and Joe Biden in fourth place at 14%.

The primary comes after the Iowa caucuses were roiled by technical issues.

Both Buttigieg and Sanders have claimed victory in the caucuses — Buttigieg, because he holds a razor-thin lead in the delegate count; Sanders, because he has received the most total support overall. But the chaos and inconsistencies in the reporting of the results have raised widespread doubts and prompted sharp criticism of the process by candidates and party leaders, and the field has largely shifted its focus to the next primary state, New Hampshire.

The Democrats' last sprint in New Hampshire also came as President Donald Trump was slated to hold a re-election rally in Manchester.

"Want to shake up the Dems a little bit - they have a really boring deal going on," Donald Trump tweeted Monday morning ahead of the scheduled appearance at Southern New Hampshire University.