Poll: Virginians Split Over Whether Gov. Northam Should Resign

Virginians are split over whether Gov. Ralph Northam should resign over a photo on his 1984 medical school yearbook page showing people in blackface and a Ku Klux Klan robe, a new Washington Post-Schar poll shows.

But that doesn't mean that Northam, who has refused bipartisan calls to resign, faces an easy path forward with Virginians. 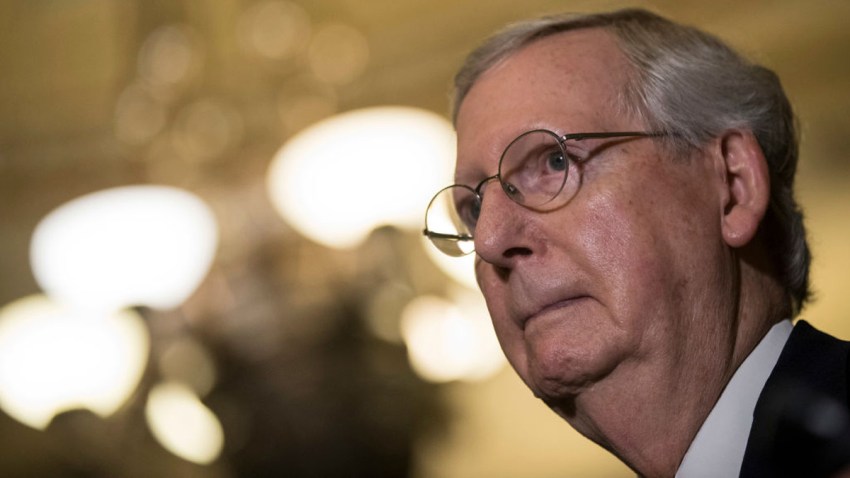 Seven out of 10 Virginians polled said they disapprove of how Northam has responded to the photo's discovery.

Pollers asked if respondents believed Northam when he reneged after admitting he was depicted in the photo, and a large majority — 73 percent — said they didn't believe the governor's explanation that he actually wasn't in the photo.

His overall approval rating sits at 43 percent, with roughly the same number of people disapproving, according to the Post-Schar poll.

Northam says he thought about resigning in the days after a racist yearbook photo surfaced and he admitted to wearing blackface at a dance contest in the 1980s.

The embattled Democrat told Gayle King of CBS' "Face the Nation" on Sunday that "Yes, I have thought about resigning." But he said he's in a position to lead and that "Virginia needs someone that can heal."

He added: "That's why I'm not going anywhere."

Many Democrat and Republican lawmakers have publicly called for Northam to resign. In separate interviews on "Face the Nation" on Sunday, U.S. Reps. Jennifer Wexton on Don Beyer, both who represent Northern Virginia, reiterated their calls for resignation and said the governor has lost confidence.

Northam said now is the time to take action and to employ government policies to address racial inequalities in the state.

The governor also weighed in on the two other controversies that wracked the state, declining to call on Lt. Gov. Justin Fairfax or Attorney General Mark Herring to resign.

He told CBS it's up to Herring, who also admitted to blackface, and Fairfax, who is accused of sexually assaulting two women, to decide if they want to leave office.

Northam said he supports Fairfax's call for an investigation into allegations of sexual assault by two women. Fairfax has vehemently denied the allegations.

Herring admitted to wearing blackface in college. Northam said of Herring, that, "just like me, he has grown."

This was Northam's first television interview since the photo resurfaced. On Saturday, he emerged back into public view after several days avoiding the spotlight. On Saturday, he gave his first post-scandal interview to the Washington Post. He also attended his first public event, the funeral of State Trooper Lucas B. Dowell, who was killed in the line of duty.