Lobbyists, conservative groups and Republican lawmakers have warned Trump that a vaping crackdown could cost him with voters

When President Donald Trump boarded Air Force One to fly to a Kentucky campaign rally two weeks ago, a plan was in place for him to give final approval to a plan to ban most flavored e-cigarettes.

By the time Trump landed back at Joint Base Andrews outside Washington a few hours later, the plan was off. And its future is unclear.

For nearly two months, momentum had been building inside the White House to try to halt a youth vaping epidemic that experts feared was hurting as many as 5 million teenagers.

Both first lady Melania Trump and Ivanka Trump, the president’s daughter and senior adviser, pushed for the ban, which was also being championed internally by White House counselor Kellyanne Conway, who has taken the lead on some public health issues.

But as Trump sat surrounded by political advisers on the flights to and from Lexington, he grew reluctant to sign the ban, convinced it could alienate voters who would be financially or otherwise affected by a vaping ban, according to two White House and campaign officials not authorized to speak publicly about private conversations.

The CDC reported that the number of vaping-related injuries grew by 8% over the last week, reaching 2,051 confirmed cases across the U.S.

A news conference scheduled by Health and Human Services Secretary Alex Azar to announce the ban was canceled, while more meetings with industry leaders and lobbyists were proposed, according to the officials. 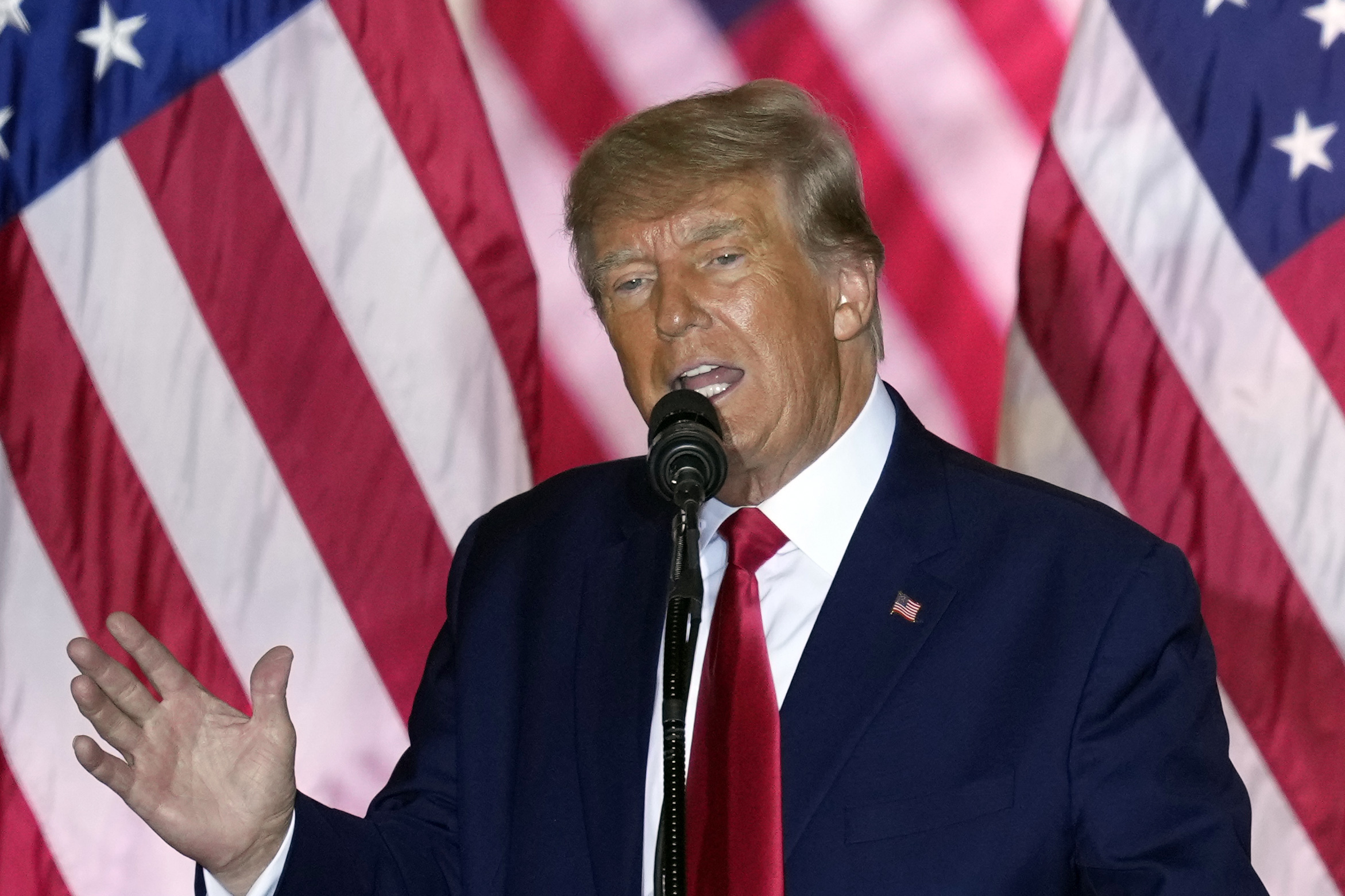 Trump Rebuked for Call to Suspend Constitution Over Election 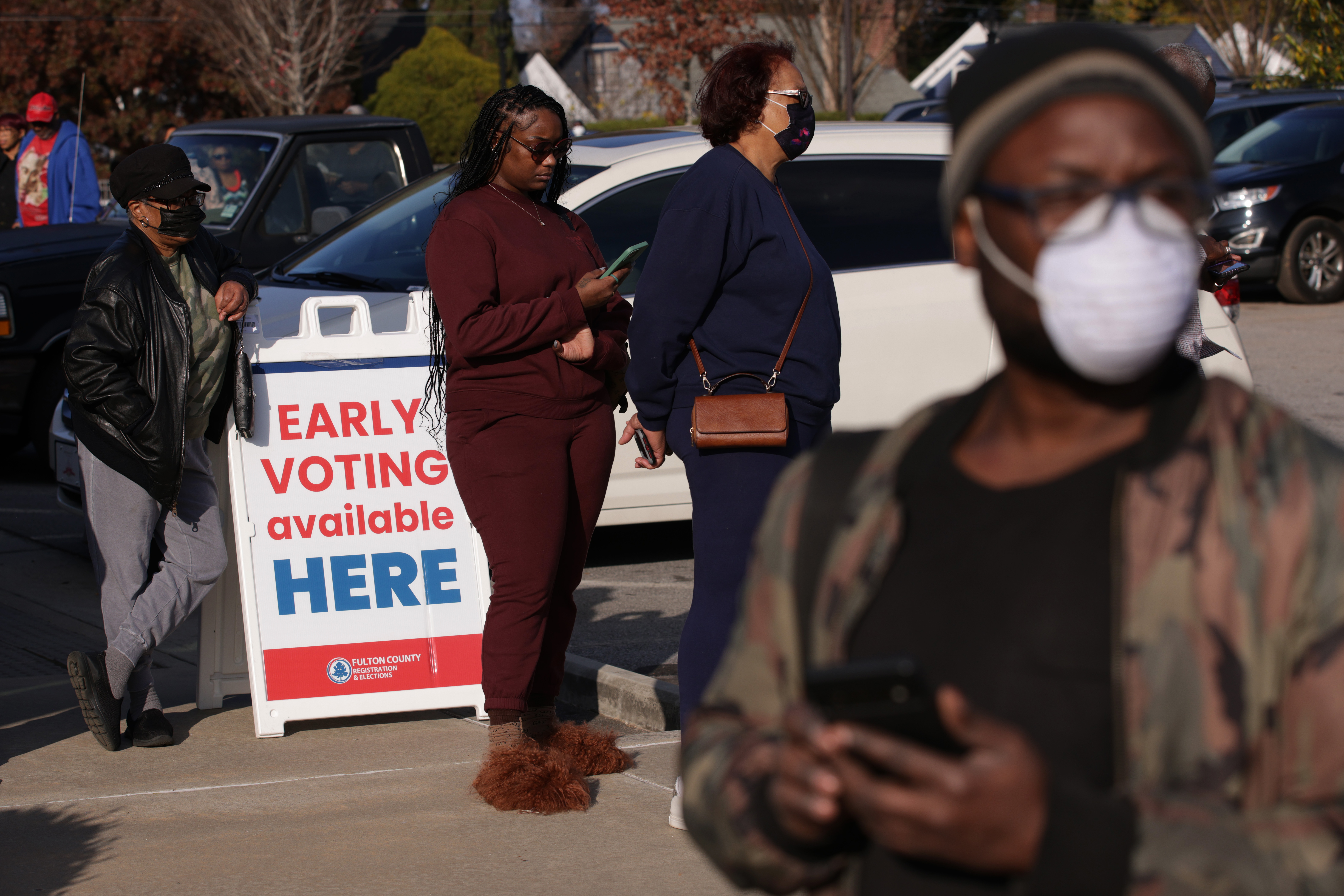 Trump tweeted last week that he’ll be meeting with vaping industry representatives, medical professionals and others “to come up with an acceptable solution to the Vaping and E-cigarette dilemma.” The White House has yet to announce a date for a meeting.

This month, Trump campaign manager Brad Parscale and others showed the president polling data indicating that e-cigarette users could abandon him if he followed through with the ban, the officials said.

Campaign aides also highlighted an aggressive social media campaign — #IVapeIVote — in which advocates claimed a ban would force the closure of vaping shops, eliminating jobs and sending users of electronic cigarettes back to traditional smokes. Parscale also pointed out the risk that a ban could have on e-cigarette users in key battleground states that Trump narrowly won in 2016.

Others in the West Wing, including Conway, have argued that a ban could be a winning issue with suburban voters, including mothers, who have fled the president in large numbers. Few would predict where Trump, who is known to abruptly change his mind, would end up since he recently has been consumed with other matters, notably televised impeachments hearings.

The vaping industry’s largest trade group said Monday the administration was heading “in the right direction for adult smokers and their families.”

“Bans don’t work, they never have,” Tony Abboud, executive director of the Vapor Technology Association, said in a statement.

Gregory Conley, president of the American Vaping Association, an advocacy organization, added that the government should put in place “sensible and targeted regulations” before it resorts to prohibition, which opponents of a ban said could lead to the creation of an underground market for e-cigarettes.

But Matt Myers, president of the Campaign for Tobacco-Free Kids, said Trump would be guilty of “terrible public policy” and “bad politics” if he backs down.

“This is one of the very few issues on which public views are unified,” Myers said in a telephone interview. “There are a small number of vape shop owners who are loud and don’t care. But there are millions more moms and dads who are deeply concerned.”

Robin Koval, president and CEO of the Truth Initiative, a nonprofit, anti-tobacco organization, called on Trump to implement the original plan.

“The health of America’s youth must come first and is not for sale or political gain,” Koval said in a statement. The first lady opened the White House to a group of young people from the Truth Initiative in October to tell her about their experiences with vaping.

Trump’s initial pledge Sept. 11 to ban virtually all flavored e-cigarettes stunned vaping proponents and was immediately embraced by anti-tobacco advocates. In an Oval Office appearance with the first lady and Azar, Trump said the government would act within weeks to protect children from fruit, candy, dessert and other sweet vaping flavors, including mint and menthol.

The announcement followed a tweet two days earlier by Mrs. Trump expressing concern “about the growing epidemic of e-cigarette use in our children.”

“We need to do all we can to protect the public from tobacco-related disease and death, and prevent e-cigarettes from becoming an on-ramp to nicotine addiction for a generation of youth,” she said.

But within days, Trump tweeted that e-cigarettes might be a less-harmful alternative for smokers, a point long made by the industry. Meanwhile, vaping lobbyists, conservative groups and Republican lawmakers from key states warned Trump that a crackdown could cost him with voters.

The Vapor Technology Association launched ads and an online campaign promising to punish Trump and other politicians who support vaping restrictions. Conservative groups that have long promoted vaping as an alternative to smoking, including Grover Norquist’s Americans for Tax Reform, joined the criticism.

That group and others helped organize protests against banning flavors, including one outside the White House. Trump supporters also showed up at some of his campaign rallies holding signs expressing their opposition to a ban.

The industry warned some 15,000 to 19,000 vaping shops across the country - and jobs - could be wiped out if flavors were eliminated.

The administration was widely expected earlier this month to announce a scaled-back flavor ban that would exempt menthol, citing research that the flavor was not widely used by children. But no decision came.

Trump instead told reporters on Nov. 8 — four days after his political advisers buttonholed him on the Kentucky trip — he was considering new approaches to curbing teen use, including raising the minimum age for purchasing tobacco from 18 to 21.

Asked how disappointed the first lady would be if the president did not follow through with a ban, her spokeswoman, Stephanie Grisham, who also speaks for the president, said Mrs. Trump’s priority is the health and safety of children.

“She does not believe e-cigarettes or any nicotine products should be marketed or available to children,” Grisham said.

The lawsuit filed on Monday by California’s attorney general is the latest legal action against Juul. The company faces multiple state and federal investigations into whether its early marketing efforts helped spark the current vaping craze among underage users. North Carolina filed the first lawsuit against the company in May.

Juul disputes allegations that it marketed to teens. The company points out that it has pulled much of its advertising and removed most of its flavors from the market.

A Juul spokesman said the company’s intended customers are adult smokers, adding “we do not intend to attract underage users.”