President Donald Trump said the U.S. was "cocked and loaded" to retaliate against Iran for downing an unmanned American surveillance drone, but he canceled the strikes 10 minutes before they were to be launched after being told 150 people could die.

Trump's tweeted statement Friday morning raised several questions, including how he could have learned about casualties only minutes before the operation when that information typically would be provided much earlier.

“Nothing was green lighted until the very end because things change,” Trump said.

His tweet was the latest indication that he does not want to escalate the U.S. clash with Tehran, though he didn't rule out future strikes.

He said U.S. economic sanctions are crippling the Iranian economy, more are being added and he insisted anew that the U.S. would never allow Iran to have a nuclear weapon.

After days of harsh words against the United States, Iran also seemed to be tamping down its rhetoric. 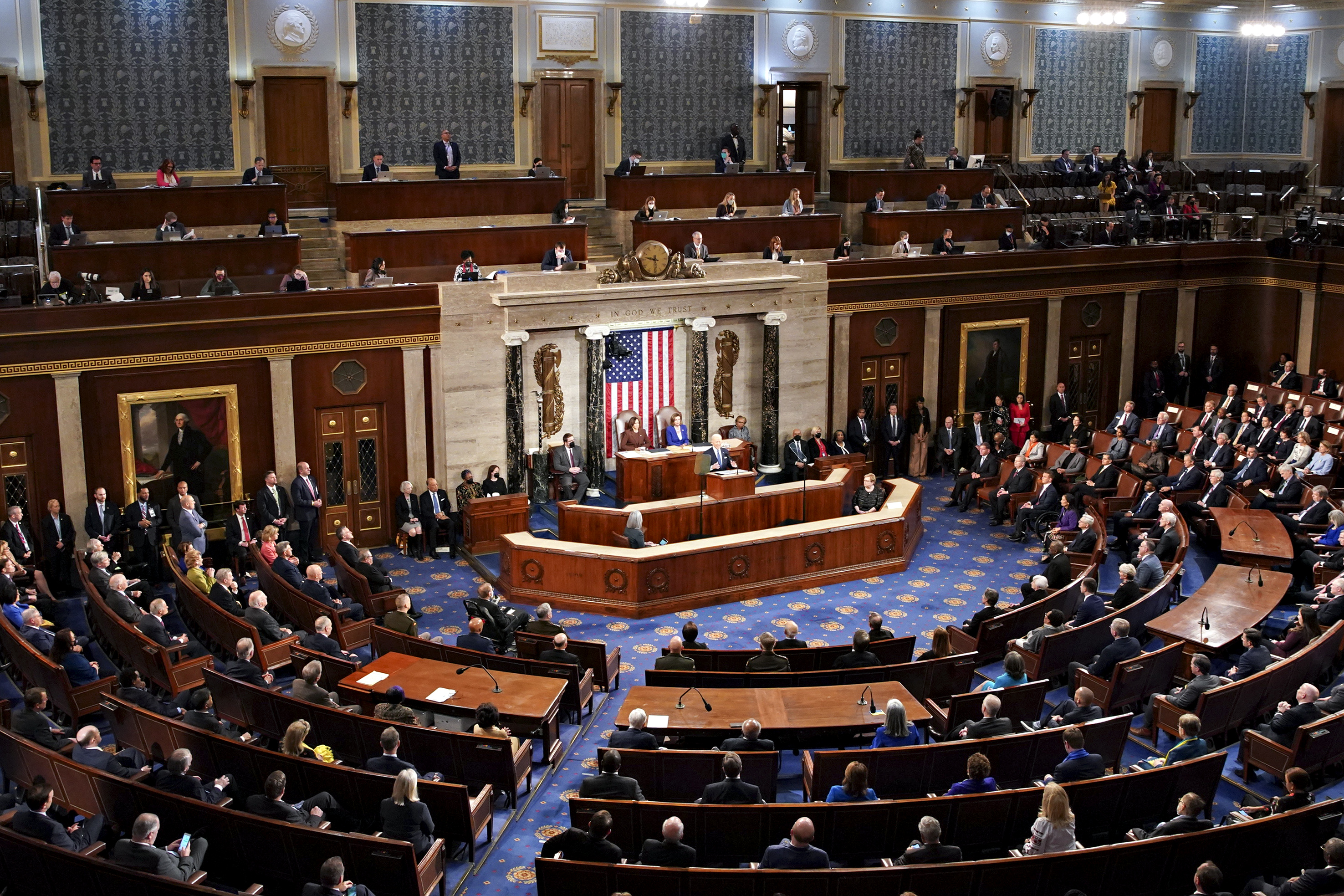 State of the Union 3 hours ago

Who Sits Where at the President's State of the Union Address?

Gen. Amir Ali Hajizadeh, the head of the Revolutionary Guard's aerospace division, told reporters Friday that a U.S. spy plane with around 35 crew members was flying close to the unmanned U.S. Navy RQ-4A Global Hawk that was shot down, but that Iran chose not to target the manned aircraft. Separately, he told Iranian state TV that Iran warned the drone several times before downing it with a missile.

Late Thursday, the Federal Aviation Administration barred American-registered aircraft from flying over parts of the Persian Gulf and the Gulf of Oman, and several major airlines from around the world began rerouting their flights Friday, including British Airways, Australia's Qantas, Germany's Lufthansa and the Dutch carrier KLM.

In a lengthy tweet, Trump defended his stance on Iran amid criticism from Democrats who accuse him of having no strategy. He said he pulled out of the 2015 Iran nuclear deal, which gave Tehran sanctions relief in exchange for pledges to rein in its nuclear program, because the agreement only temporarily blocked Iran from having nuclear weapons. Trump said the nuclear deal also did not stem Iran's support of militant groups or restrain its ballistic missile program.

He said his exit from the deal and the re-imposition of sanctions on Iran has crippled its economy.

"Now they are Bust!" Trump tweeted and then outlined his reasons for canceling the strikes.

"We were cocked & loaded to retaliate last night on 3 different sights when I asked, how many will die. 150 people, sir, was the answer from a General. 10 minutes before the strike I stopped it."

He added that those deaths would not be a proportionate response to the downing of an unmanned drone.

The overnight events, however, were a stark reminder of the serious risk of military conflict between U.S. and Iranian forces as the Trump administration combines its "maximum pressure" campaign of economic sanctions with a buildup of American troops in the region. As tensions have mounted in recent weeks, there have been growing fears that either side could make a dire miscalculation leading to war.

The U.S. military operation was called off around 7:30 p.m. Washington time, after Trump had spent most of Thursday discussing Iran strategy with top national security advisers and congressional leaders.

The downing of the U.S. drone — a huge, unmanned aircraft — over the Strait of Hormuz prompted accusations from the U.S. and Iran about who was the aggressor. Iran insisted the drone violated Iranian airspace; Washington said it had been flying over international waters.

Trump's initial comments on the attack were succinct. He declared in a tweet on Thursday that "Iran made a very big mistake!" But he also suggested that shooting down the drone — which has a wingspan wider than a Boeing 737 — was a foolish error rather than an intentional escalation, suggesting he was looking for some way to avoid a crisis.

"I find it hard to believe it was intentional, if you want to know the truth," Trump said at the White House. "I think that it could have been somebody who was loose and stupid that did it."

Trump, who has said he wants to avoid war and negotiate with Iran over its nuclear ambitions, cast the shootdown as "a new wrinkle ... a new fly in the ointment." Yet he also said "this country will not stand for it, that I can tell you."

"The president was very clear of what he wants to achieve with Iran — to never allow them to have a nuclear weapon," House Minority Leader Kevin McCarthy told "Fox and Friends" Friday.

"He was very clear that there will be action," said McCarthy, who was in the meeting.

"He has a long-term game plan here and it doesn't mean that you have to act within the few hours. ... He's just not overreacting. It's going to be measured. And it's going to achieve a goal."

Pompeo and Bolton have advocated hardline policies against Iran, but Rep. Adam Schiff, the Democratic chairman of the House intelligence committee, said "the president certainly was listening" when congressional leaders at the meeting urged him to be cautious and not escalate the already tense situation.

On Capitol Hill, some lawmakers insisted the White House must consult with Congress before taking any actions.

House Speaker Nancy Pelosi said no specific options for a U.S. response were presented at Thursday's meeting. Senate Majority Leader Mitch McConnell said, "The administration is engaged in what I would call measured responses." And late Thursday, House Republicans on the Foreign Affairs, intelligence and Armed Services committees issued a statement using the same word, saying, "There must be a measured response to these actions."

The Trump administration has been putting increasing economic pressure on Iran for more than a year. It reinstated punishing sanctions following Trump's decision to pull the U.S. out of an international agreement intended to limit Iran's nuclear program in exchange for relief from earlier sanctions.

Citing Iranian threats, the U.S. recently sent an aircraft carrier to the Persian Gulf region and deployed additional troops alongside the tens of thousands already there. All this has raised fears that a miscalculation or further rise in tensions could push the U.S. and Iran into an open conflict 40 years after Tehran's Islamic Revolution.