Trump Looks for Another Electoral Vote in Maine With Recent Visit

Trump carried one of Maine's split electoral votes in 2016

President Donald Trump made a campaign visit to Maine on Sunday aiming to lock up a swing electoral vote as he did four years ago.

After a rally in New Hampshire, Trump made the surprise stop at the Treworgy Family Orchard in Levant where supporters lined the streets along the route from Bangor International Airport, where he landed.

Voters in the state's second congressional district got an earful of campaign messages not just from Trump but from Maine Democrats during a preceding press conference. 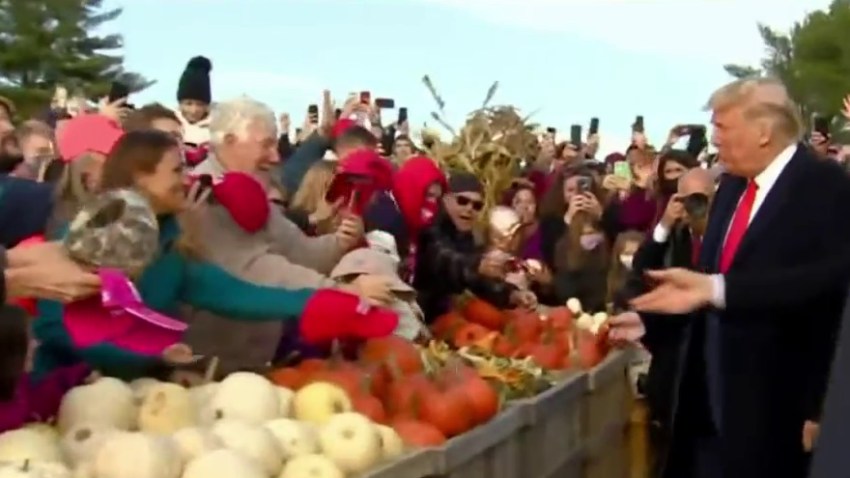 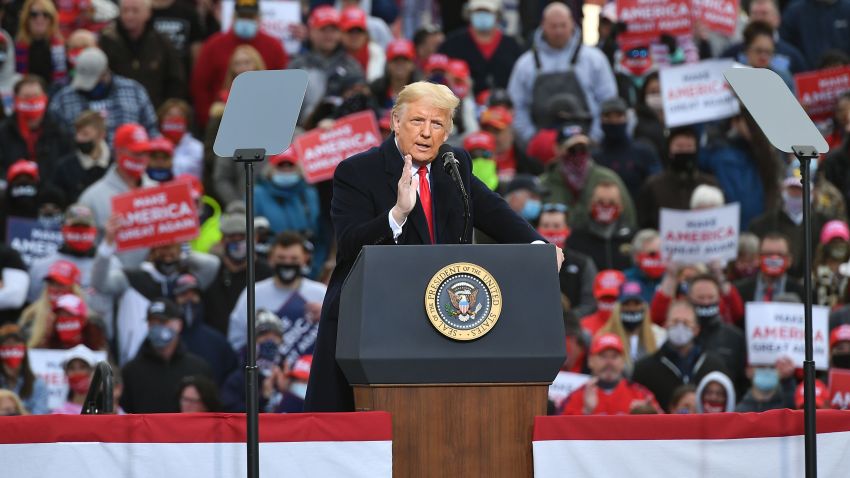 "Thank you, thank you, this is pretty nice, I want to thank you people. This is an amazing state," Trump said using a megaphone while addressing the crowd of hundreds.

During the last-minute visit to the orchard, the president mentioned a reversal undoing protections in one of President Barack Obama's executive orders that created the Northeast Canyons and Seamounts Marine National Monument.

"We freed up 5,000 square miles of the ocean that they took away from you, they shouldn't have done that," he said.

Less than two hours earlier, Maine Democrats including Gov. Janet Mills, gathered at an event in Bangor to give remarks criticizing Trump's visit and his handling of the COVID-19 pandemic, which Mills accused the president of lying about.

"I don't give him the benefit of the doubt, nor should anyone in the second congressional district," Mills said.

She added that "we in Bangor and across the second congressional district will not give up one electoral vote to Donald Trump."

Mills' reference to the single electoral vote Trump carried in 2016 in a historic split of Maine's presidential electors, alludes to how close the presidential contest is this year in the 2nd congressional district.

In an interview last week with NECN and NBC10 Boston, Daniel Shea, chair of the government department at Colby College said recent polling by the school showed Trump and Biden within three points of each other in Maine CD2, which is also within the poll's margin of error.

President Trump made a campaign trip to New Hampshire the day after his RNC speech.

In a contentious election year, Shea says that single vote could play an outsized role under the right circumstances.

"There are a number of scenarios across the nation where one electoral vote could actually make the difference," Shea explained.

Asked if the Trump campaign was worried about carrying Maine CD2 and if that had anything to do with the president's visit, Hogan Gidley, the Trump 2020 national press secretary said "no, we're not worried about that district at all."

Gidley added that Trump finds making a direct, face-to-face appeal to voters to be the best way to bring them his message.

"He wants to get out there, he wants to talk to voters... if that takes off the record stops, if that takes pumpkin patches, you better believe he's going to be there," Gidley said.