Maine splits some of its electoral votes, which may prove important on Election Day, and Sen. Susan Collins is in a tough reelection fight

President Donald Trump made a surprise stop in Maine on Sunday following his rally in New Hampshire in the afternoon, though it wasn't clear what he was doing in the state until he arrived at his destination: an apple orchard.

Trump arrived at the Treworgy Family Orchard in Levant at 3:34 p.m., according to a reporter who was with him. Supporters lined the streets along the route from Bangor, where he landed about half an hour earlier, to wave to the presidential motorcade.

The Bangor Daily News first reported that Trump would be headed to the orchard. The orchard's owner told the newspaper Sunday morning that he didn't know about a visit from the president.

Hundreds of supporters greeted Trump at the orchard despite the event's lack of publicity ahead of time. He signed hats and at least one pumpkin, pointed out his support for the lobster industry, mocked the assembled news media and predicted success across the country in the election.

The president's daily schedule, which only includes upcoming events the White House makes public, did note the Make America Great Again rally Trump held earlier in New Hampshire -- a stop his campaign announced Thursday. It was held at Manchester-Boston Regional Airport and lasted more than 90 minutes.

The first indication the president was heading to Bangor came Saturday, when the Federal Aviation Administration issued an alert for VIP travel in the Bangor, Maine, area on Sunday evening, restricting flights in the area. Such alerts are issued when the president is expected to visit, though they usually are issued with more notice.

The visit comes just over a week until Election Day, with Trump pushing to win as many electoral votes in swing states, as many polls show Democratic Joe Biden with an advantage. The Maine visit is Trump's last stop on a five-state, two-day swing; Vice President Mike Pence recently visited as well.

But on the other four stops this weekend, Trump held rallies. For Maine, his campaign hadn't announced any events in the area, and none was listed on the campaign website on Sunday morning.

More on Campaigning in New England 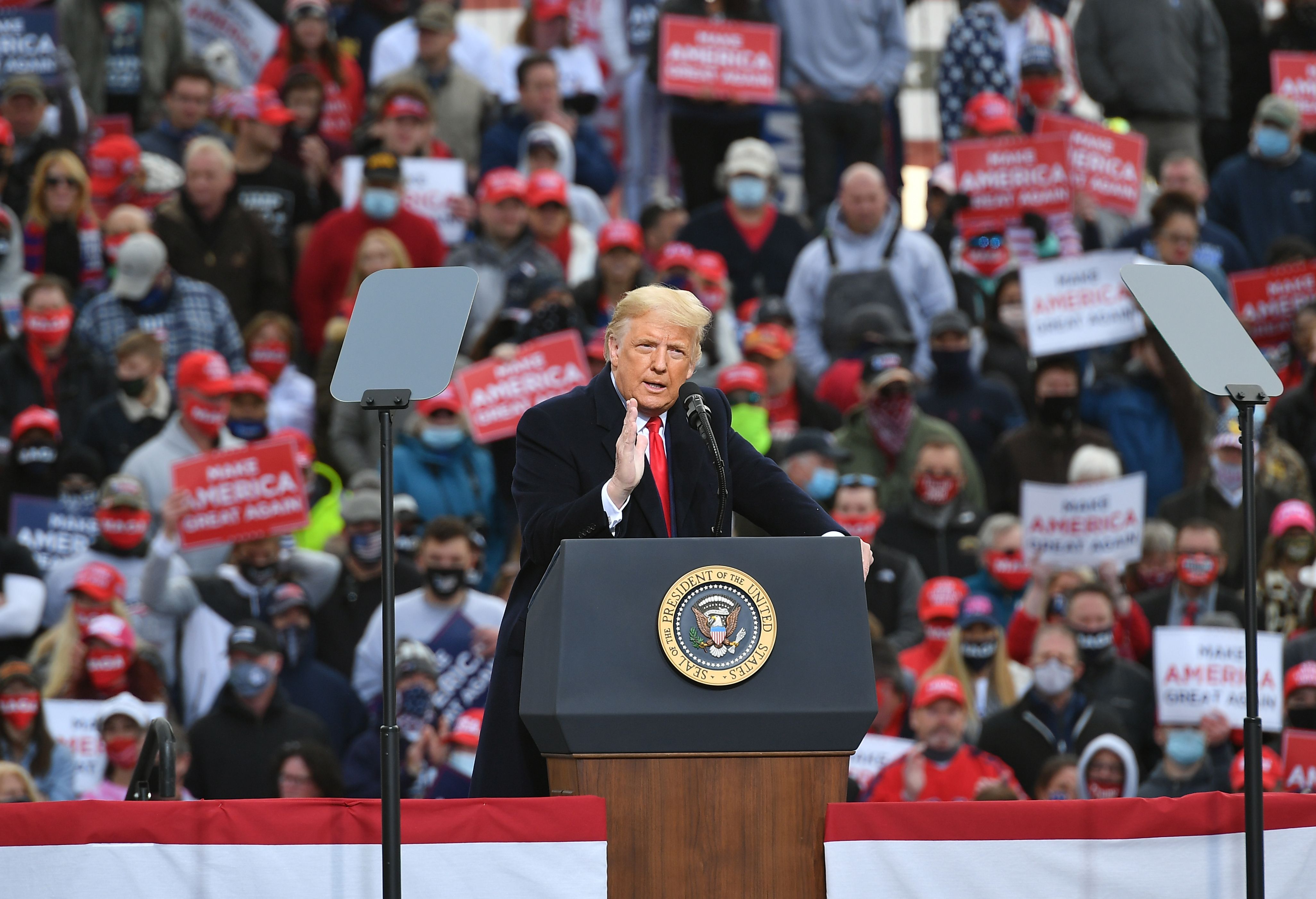 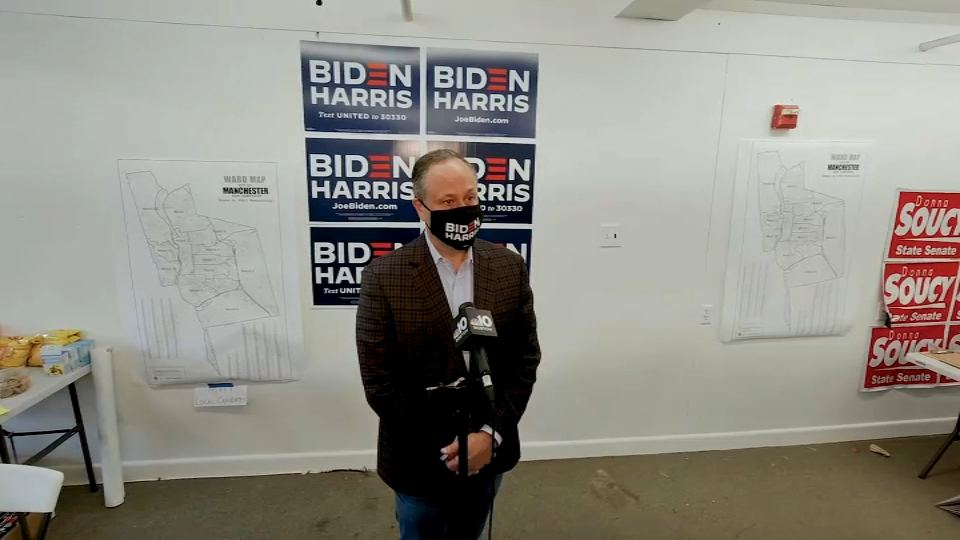 New Hampshire and Maine have been a major focus of both the Republican and Democratic presidential campaigns, as they are seen as key swing states in this year's election.

Maine splits some of its electoral votes, which may prove important on Election Day. Sen. Susan Collins is also in a tough reelection fight.

She was in Washington, D.C., Sunday, casting one of two Republican votes against advancing Amy Coney Barrett's Supreme Court nomination to a final vote. The measure nevertheless passed, 51-48, and Barrett is expected to be confirmed Monday night.