His administration later said the president was just kidding, but asked about the comment Tuesday, Trump doubled down, saying, “I don’t kid.”

“Less testing doesn’t mean fewer cases. Less testing will just mean we’ll be aware of fewer cases, which puts us as a medical community at a distinct disadvantage,” Brown said.

As the country starts to re-open, testing becomes even more important, Brown said, “to try to get ahead of the curve and understand where the disease is re-emerging in a particular community.”

But the president's insistence on speaking counter to that medical consensus about coronavirus testing -- the top health officials in his administration testified Tuesday that the need to expand testing is “critical” -- is the latest aspect of the pandemic that highlights how even COVID-19 has created a partisan divide.

While Democrats are more inclined to wear masks, support testing and avoid crowds, Trump and his supporters are more focused on returning to normal life.

“It’s all linked to concerns about the economy and the impact of that on reelection chances,” Southern New Hampshire University professor Dean Spiliotes said.

NBCLX’s Noah Pransky discusses the political motivations and defiance behind Trump supporters not wearing masks despite the increase of coronavirus cases in many states.

What drives those beliefs for the medical community is the science on the coronavirus pandemic.

“Now is not the time to let down our guard, now is the time to be even more vigilant,” Brown said.

More on Trump and Coronavirus 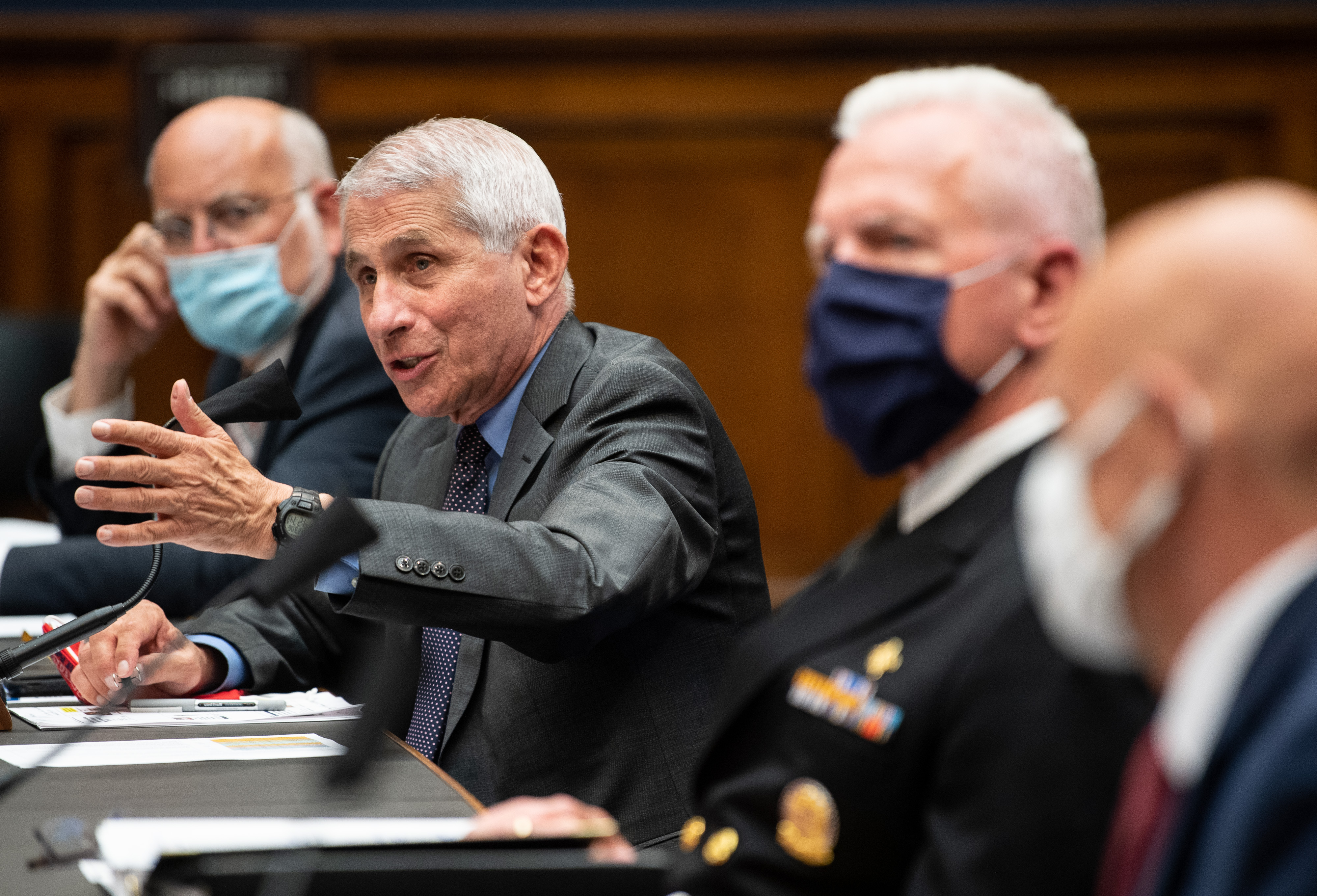