‘Tulsa Was an Unmitigated Disaster': Republican Consultant Sounds Off After a Rough Week for Trump

The reviews are in from President Donald Trump's rally Saturday in Oklahoma, and they're not good.

Griffin says the smaller-than-expected crowd, combined with the outrage in a state where coronavirus is spiking, highlighted a tone-deaf political organization.

"That's supposed to be the place where Donald Trump shines the most," Griffin said.

But that was just part of the problem at the close of a rough week for Trump, which included two Supreme Court rulings and record-low approval ratings amid the still-raging pandemic, racial unrest and sagging economy.

A scathingly critical book from John Bolton, Trump's former national security adviser, will be released Tuesday. Also this week, the Supreme Court could rule whether Trump must turn his tax returns over to House Democrats and New York prosecutors investigating hush money payments.

"One of the things Donald Trump talks a lot about, is about winning. And there was a lot of losing last week," said Suffolk University's Rachel Cobb.

"Disruption is not what people need right now," she said.

He questions whether the nation wants another four years of a disruptor, but he says it's too early to write Trump off.

"Do not underestimate how bad a candidate Joe Biden will be when he emerges from the basement," he said. 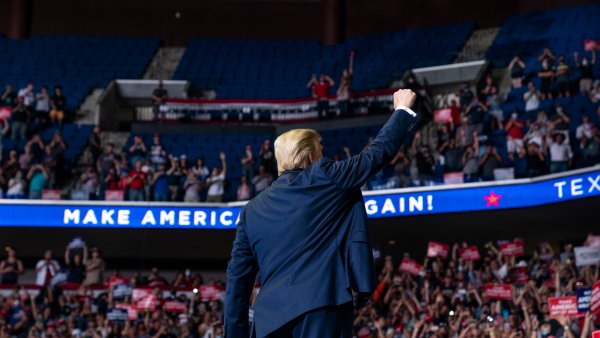 On that point, Cobb disagrees. She says the Biden campaign probably feels the president's actions will put the Democrat in a better position in the race.

"Let Trump be Trump. Let those negative headlines essentially roll in. And then highlight the lack of leadership," she said.

As for Trump changing course or taking guidance from advisers, Griffin doesn't see it happening.

"He doesn't listen to them. When they do, he fires them," Griffin said. "This is the Donald Trump act. This is what worked for him before, and it's the only thing he knows."