Five mayoral hopefuls are making their final pitches to Boston voters ahead of the city’s preliminary election that will narrow the field down to two candidates Tuesday.

Acting Mayor Kim Janey, city councilors Annissa Essaibi-George, Andrea Campbell and Michelle Wu, and John Barros, the city’s former economic development chief, are all vying to be one of the two top vote-getters in the contest.

The campaign marks a pivotal turning point in the city’s history, which has only elected white men as mayor thus far. In this race, all the candidates are Democrats. All are people of color, and all were out Monday making a final push for votes.

Wu’s parents immigrated to the United States from Taiwan. Janey and Campbell are Black. Essaibi George describes herself as a first generation Arab-Polish American. Barros is of Cape Verdean descent.

Five candidates for Boston's mayor will be trimmed to two with the city's preliminary election Tuesday.

“I love my city. I have given my all to my city — I always will," Janey said. "I am looking forward to continuing to do the work."

Janey, who was later greeted campaign volunteers in Roxbury Monday night, hopes her stint as mayor turns into a full term.

"We have done a lot over the last five months, we opened up our city, we got our kids back in school, crime is trending in the right direction," she said.

Campbell was in Hyde Park to start the day, later holding her final event before the election in the South End.

"I've lived almost every inequity that folks are talking about. The issues they're talking about, I've lived those, but I've done the work, the record of accomplishment is long and distinct," said Campbell.

"When we think about the work that we have to do in the city, first and foremost, providing a high quality education for every one of our kids," said Essaibi George. "I spent 13 years in the classroom, I can lead in a very different way in that area."

NBC10 Boston caught up with all of the candidates Sunday in the final days before the preliminary election. Wu was meeting with key allies including Connecticut Attorney General William Tong and New York Assemblywoman Yuh-Line Niou for help to get out the vote.

"This election is about the future of our city," Wu said. "It’s about knowing where we are as a community and stepping up to meet this moment.”

Wu leads in the latest poll of about 500 likely voters, taken by the Boston Globe and Suffolk University, which validates findings from other recent surveys that point to a tight cluster of potential second-place candidates.

The poll showed Wu leading the pack at 31%, followed by Janey at 20%. Trailing behind was Essaibi George at 19%, followed by Andrea Campbell. Barros was in last place.

Speaking Monday, Wu was not taking her position in the polls for granted.

"The only polls that matter are the polls that close at 8 p.m. tomorrow," she said. "We've been meeting with our neighborhood volunteer teams, we've been running all across the city, the energy is there, the excitement is there but it’s all about who shows up to vote tomorrow."

Five mayoral hopefuls are making their final pitches to Boston voters ahead of the city’s preliminary election that will narrow the field down to two candidates Tuesday.

Relying on her grassroot efforts, Campbell said she hopes to see great results.

“I’ve been going into public housing, going into various events, going to restaurants, going to coffee shops, talking to folks in parks, and so meeting voters where they are, not only to earn their support, but most importantly to get them to turn out on Tuesday,” she said.

As for Barros, he’s leaning on his record to convince voters to side with him.

“I’m out here telling people, to remind them to go out to vote, telling them that I am the candidate with the track record, that I built affordable housing and we’ll do more as mayor, that I’ve brought jobs to the city of Boston – over 140,000 – and can bring us more jobs, [and] have these businesses get back up and get Boston back on its feet,” he said.

Tuesday’s results will narrow the field to two candidates who will break that glass ceiling one way or another.

Polls will be open on Tuesday from 7 a.m. to 8 p.m. The two top candidates on Tuesday will face off against each other in the general election on Nov. 2.

Secretary of State William Galvin said Monday that he is "optimistic we'll have a decent turnout tomorrow," offering a "best guess" that Boston will see slightly more than 100,000 votes cast.

He said anyone who has not yet mailed their ballot should deliver it themselves or vote in person, warning that the remaining window of time is too short to guarantee any more mail-in votes will count.

"Do not mail it if you have not mailed it," Galvin said in his pre-election press conference. "My concern is, particularly if this ends up as a close election any place, but let's take Boston as an example -- some of the polling suggests it could be close for the second nomination. If that's the case, the last thing we want is ballots that were mailed in good faith not counted."

If a voter requested a mail-in ballot but has not already shipped it out, Galvin said they should either take it to a drop-off location or vote in person at their usual polling place.

Anyone who dropped their ballot in the mail last week who wants to see if the state received it can go to the Secretary of State's "Track My Ballot" site.

Municipal elections are also scheduled in 14 other cities and towns on Tuesday, including Lynn and Somerville. 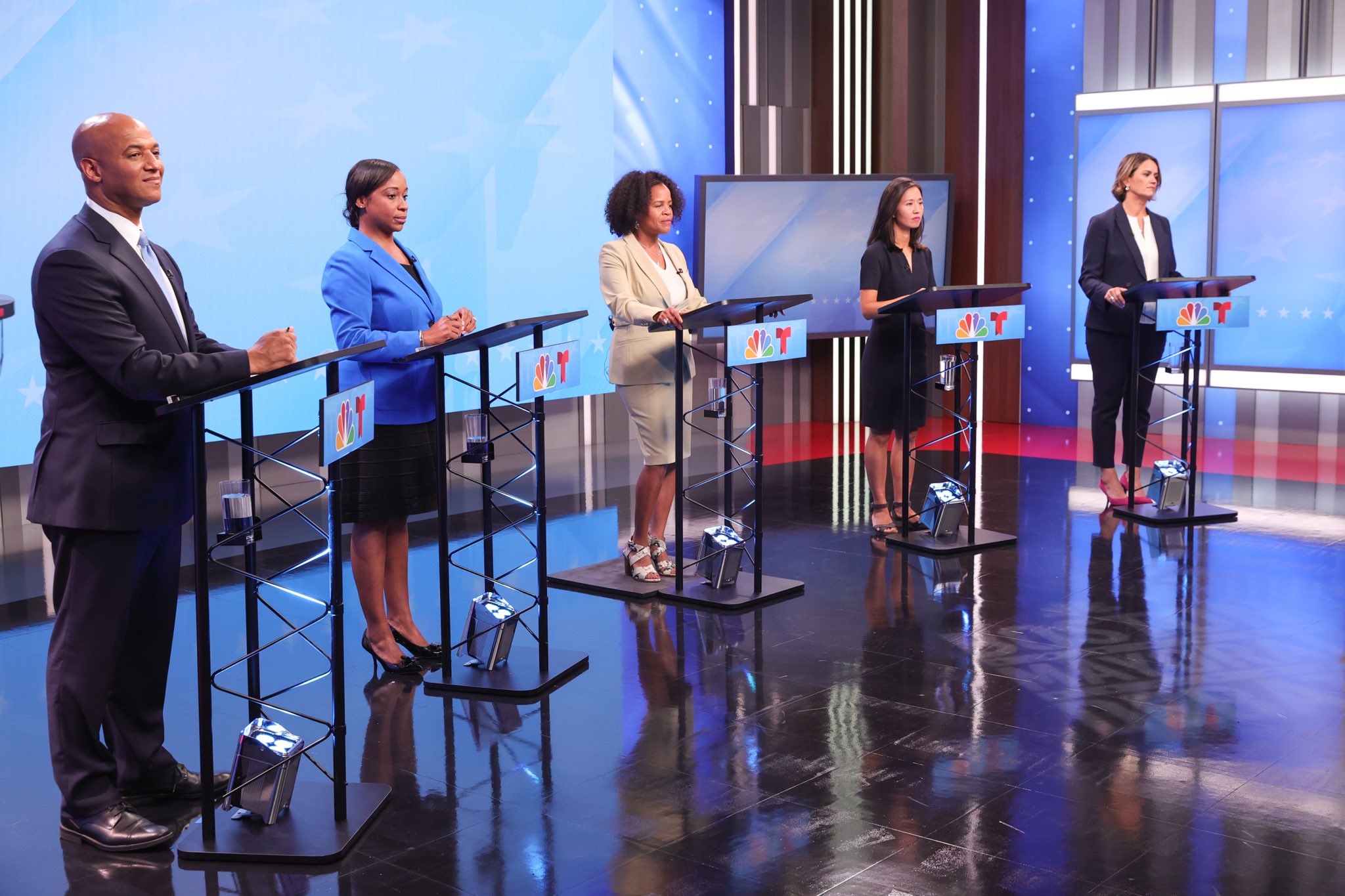