All five candidates said they've been vaccinated against COVID

Who said a debate couldn't have some fun?

Toward the end of Wednesday's Boston mayoral debate, moderator and NBC10 Boston Evening News Anchor Shannon Mulaire peppered the five candidates during a lightning round, from who's vaccinated to who's bought from one of Boston's pot shops.

The former question split the field -- City Councilor Andrea Campbell raised her hand, followed by Mayor Kim Janey. Marijauna has been legalized in Massachusetts, of course, and a few shops have opened up in and around Boston.

But the candidates were unanimous on whether they've been vaccinated against COVID -- they are.

Kicking off the rapid-fire Q&A section, John Barros, Boston's first chief of economic development, was asked who on stage he would vote for besides himself in a ranked-choice election.

He deflected, first suggesting his he'd write in his "amazing" wife. That won smiles from the rest of the candidates, but when pressed by Mulaire, he pivoted to a new answer: "I'm running against a historic field here of strong women, and I'm proud to be running with them."

Campbell wasn't confident the T would get her to City Hall on time for her first day of work as mayor, if elected -- she cited both the fact she'd be taking the Red Line from Mattapan and that that she lives in a "transit desert."

Will Boston need its office workers to return the city for it to survive? Mayor Kim Janey said it's going to require imagination to figure out, now that the workplace has been changed by the pandemic.

"Obviously, we need workers to come back, but everyone may not come back. Some people are going to work remotely, and so we've got to attract people to our city in other, new ways," she said.

More on the Boston Mayoral Debate 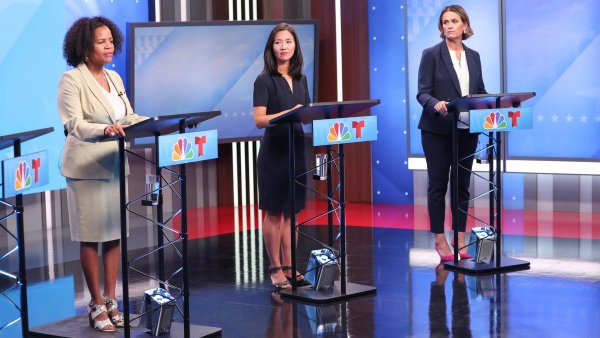 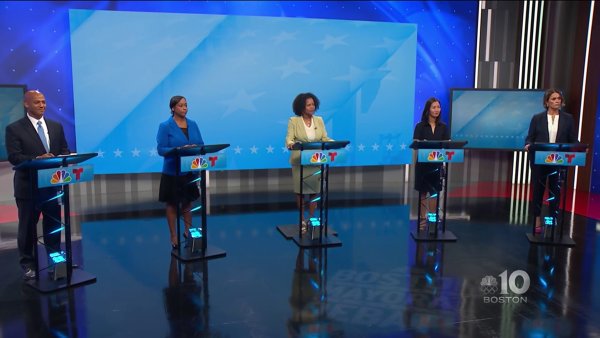 How Do Boston's Mayoral Candidates Grade the City's Handling of the Pandemic?

City Councilor Michelle Wu said she's confident that her climate change plan would keep East Boston viable for the next generation -- but rejected the premise of the question, which suggested she'd be moving there and raising her kids in East Boston.

And finally, City Councilor Annissa Essaibi George ended the lightning round with the quickest answer of all: A simple "no," when asked if she supports a plastic bottle ban.